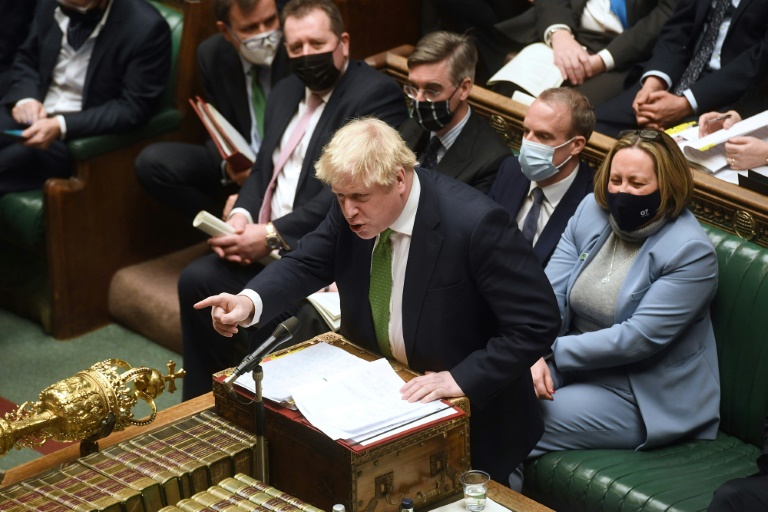 LONDON - A defiant Boris Johnson vowed Wednesday to remain British premier and contest the next election as calls for his resignation snowballed and a former Brexit minister demanded he quit 'in the name of God'.

Despite the dramatic defection of one Conservative MP to the opposition Labour party, Johnson insisted he would win any no-confidence vote called by his ruling Conservative party.

Many in the Tory party and the country at large are furious at revelations that Downing Street staff were partying while the rest of the country was in strict lockdown against Covid.

"You have sat too long here for any good you have been doing," Conservative grandee David Davis told his leader in the House of Commons on Wednesday. "In the name of God, go!"

The former cabinet minister, who quit as Brexit secretary in Theresa May's government, has become Johnson's most high-profile opponent since the prime minister gave a much-derided TV interview on Tuesday. 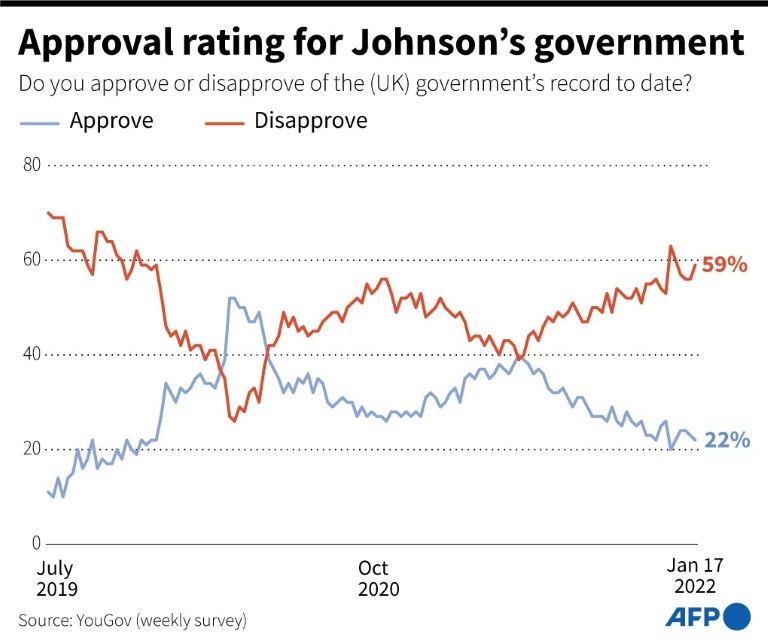 The line was first spoken by Civil War leader Oliver Cromwell in 1653, then repeated by another Tory in 1940 to prime minister Neville Chamberlain, who was replaced by Johnson's hero Winston Churchill.

Johnson on Wednesday tried to regain the political initiative by announcing he was lifting most Covid restrictions in England, with a wave of Omicron infections apparently fading.

But he faces an uphill battle, with Labour riding high and inflation reaching a near 30-year peak stoking public concern about the cost of living. 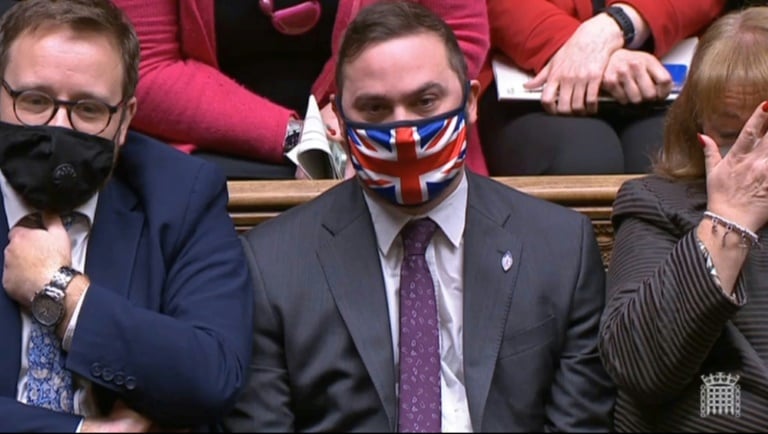 Seven Tories have publicly called on Johnson to quit and more than 20 others were reported to have coalesced in an organised revolt. Among them are several who won office in Johnson's landslide December 2019 election win on a promise to deliver Britain's EU departure.

A new poll commissioned by TV network Channel 4 said many of the 2019 Tory intake would be wiped out in a future election if Johnson remains and gave Labour an 11-point lead overall.

Wakeford said in a letter to Johnson that "you and the Conservative Party as a whole have shown themselves incapable of offering the leadership and government this country deserves".

He represents the seat of Bury South near Manchester, one of 45 constituencies across northern England that Johnson's Tories captured from a shellshocked Labour party in 2019. 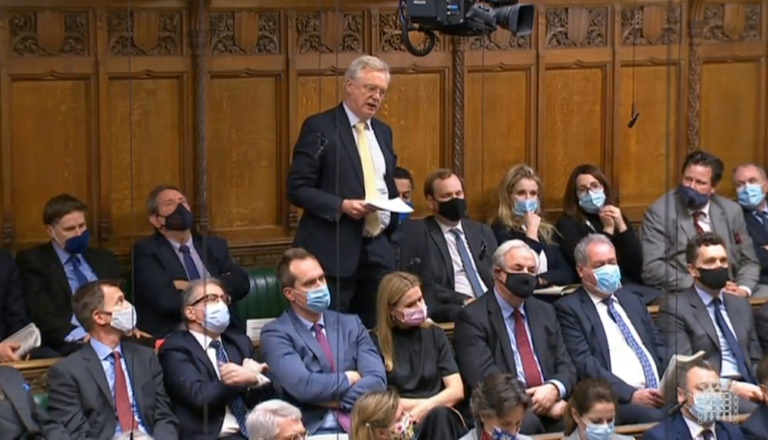 Seven of his own MPs have publicly called for him to quit, including former cabinet minister David Davis

As a laughing Starmer pointed to Wakeford sitting in the Labour ranks at Prime Minister's Questions, Johnson shrugged off the blow.

The next election is due in 2024, and a spokeswoman for the prime minister insisted that he would also fight any no-confidence vote.

"He's entirely focused on his job and on delivering for the British public," she told reporters, while denying reports that Johnson had broken down in tears during one crunch meeting with backbenchers.

Starmer said Johnson was "defending the indefensible" over the parties, including two held as Britain was in mourning for Prince Philip, Queen Elizabeth II's consort for seven decades.

Criticism of Johnson intensified after he gave his interview on Tuesday, in which he claimed not to be aware that at least one "bring your own booze" event in Downing Street would breach the Covid lockdown rules that he had set.

Afterwards, the group of more than 20 Tory MPs reportedly met to air their concerns about Johnson's leadership. 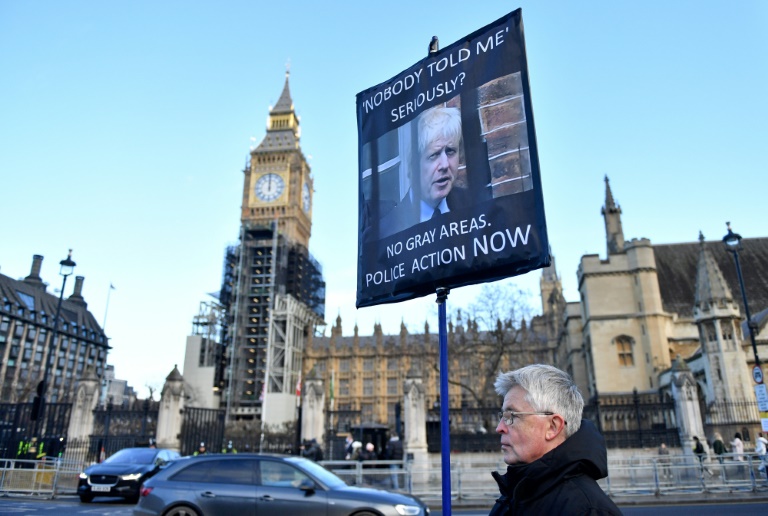 Their bid to unseat the prime minister was dubbed the "pork pie plot" because one of the MPs involved represents Melton Mowbray, a town in central England known for making the pastry-covered meat products.

"Pork pies" is also Cockney rhyming slang for "lies" -- which most voters believe Johnson is guilty of spreading over the "partygate" affair, according to several opinion polls.

At least 54 Tory MPs need to send letters calling for the prime minister's resignation to trigger a party leadership challenge.

Andrew Bridgen, a pro-Brexit MP And one of the seven rebels who have gone public, said the threshold in the secretive process could be reached "this week" and a vote held early next week.

In parliament, Johnson again urged all sides to await the findings of an inquiry he has ordered into the Downing Street parties.