Namibia comes to Europe to sell its sunshine 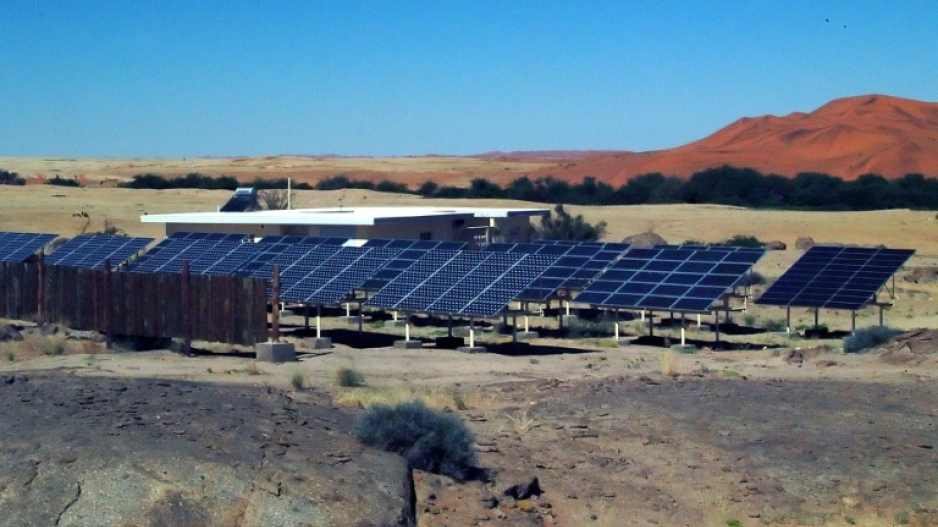 With low humidity and long hours of sunshine, the southwestern African state of Namibia hopes to become a giant in solar energy. AFP/STR

WINDHOEK - As Europe struggles to decarbonise its economy and wean itself off Russian oil and gas, one of the world’s sunniest and most arid nations is pitching itself to the continent as an answer to its problems.

A delegation from sub-Saharan Africa's driest country has been touring Europe to tout their nation as a potential powerhouse of clean energy.

They say Namibia can produce so much solar power it will soon be self-sufficient in electricity -- and, by the end of the decade, could become an exporter of so-called green hydrogen.

"We came to Europe saying we have this amazing sun," said James Mnyupe, economic adviser to the Namibian presidency.

He was in Rotterdam earlier this month for the "World Hydrogen Summit" trade fair and on Wednesday was making a pitch in Paris ahead of a trip to Davos.

A huge, chiefly desert country in southwestern Africa with a population of just 2.5 million, Namibia is sun-drenched and bone-dry.

That makes it perfect for erecting gigantic solar farms, whose power can be used to help make hydrogen -- which in turn can be used for fuel or converted into ammonia to make fertiliser.

Namibia says it is in a unique position to make the process clean.

Boasting a vast coastline on the South Atlantic, it would use seawater that is desalinated and then electrolysed using clean renewables.

The hydrogen would be piped to a terminal and then exported, "to Rotterdam, Germany or South Africa" as well as used at home, said Mnyupe.

The European Union plans to produce 10 million tonnes of green hydrogen from its own resources by 2030.

But it is also counting on 10 million tonnes of imports to replace coal, oil and gas in some industrial and transport sectors.

"We understand we cannot produce all this hydrogen in Europe domestically -- it's impossible," said Jorgo Chatzimarkakis, secretary-general of the European trade association Hydrogen Europe.

"We have not enough sun all over Europe and not enough wind. That's why the prime partner is Africa."

The Europe-Namibia energy connection took an important step forward last November, three months before Russia invaded Ukraine and turned up the heat under the EU to diversify its sources. 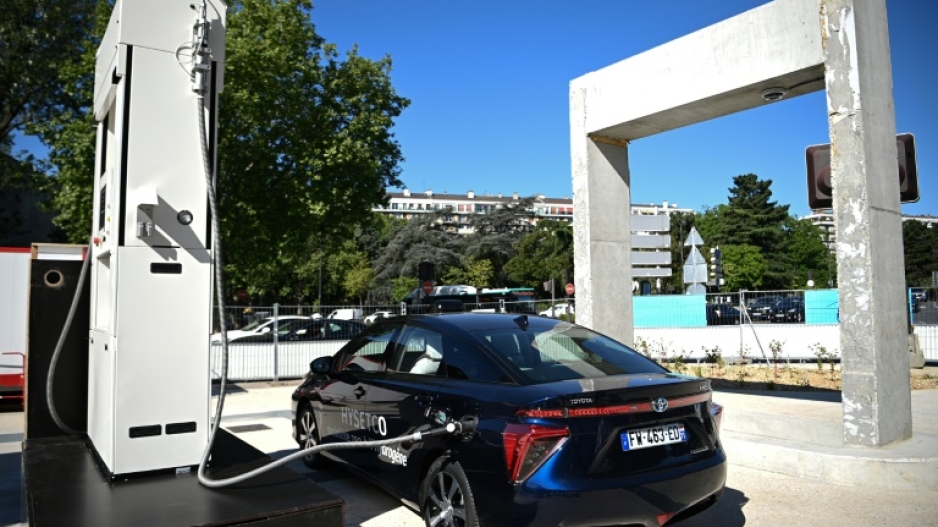 The future? A car powered by hydrogen fuel cells gets a top-up at a filling station in Paris. The facility was presented to the media last week ahead of its opening next month. AFP/Christophe Archambault

Namibia selected Hyphen Hydrogen Energy, a joint venture between German renewables group Enertrag and investment vehicle Nicholas Holdings as its preferred bidder for a solar farm and green hydrogen project in Tsau Khaeb in the southwest of the country.

If all goes according to schedule, the first phase of electricity production will become operational from 2026.

At full peak, the site could generate 300,000 tonnes of green hydrogen annually.

But the investment at Tsau Khaeb also gives an idea of the funds that Namibia needs to lure if it hopes to become a hydrogen giant.

Hyphen on its website puts the overall commitment at $9.4 billion. That figure compares with Namibia's annual GDP of $10.7 billion, according to World Bank statistics.

Chinese companies are "knocking at our door and they want to get involved," Mnyupe said.

Namibia, he said, will work "with everyone who is aligned with our vision to industrialise Namibia."

The country hopes to get out of the rut in which many African countries find themselves -- exporters of raw materials rather than of refined products that have higher added value.

One of the goals of solar investment is to achieve self-sufficiency in energy itself -- around two-thirds of the country's electricity is imported, mainly from South Africa.