Namibia to establish special courts to fight violence against women 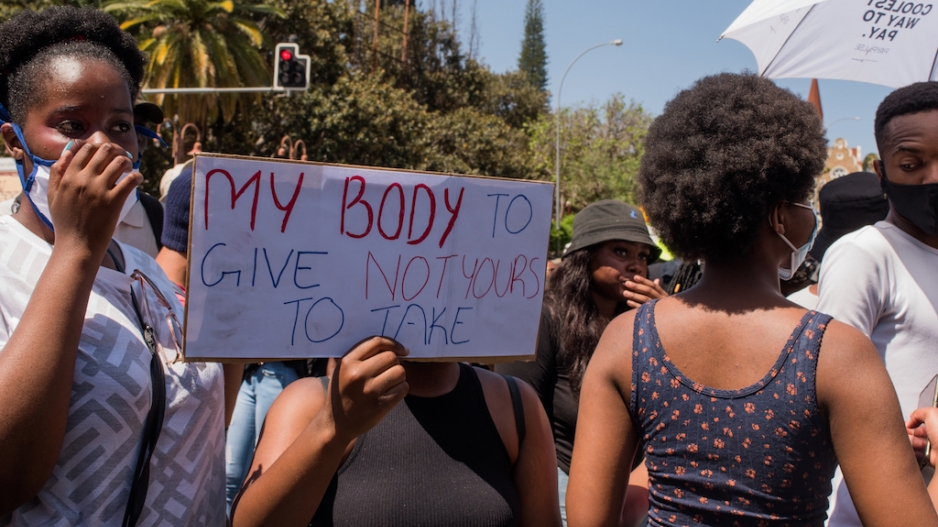 A protester holds a placard during the second day of the #ShutItDown protests in Windhoek, Namibia. AFP/Hildegard Titus

The mineral-rich southern African country, plagued with high unemployment and poverty, has been grappling with sexual and gender-based violence (SGBV) violence for years.

"We share in the repugnance of the Namibian public at the situation of SGBV and are in full agreement with the public that this situation cannot be allowed to continue," the prime minister said in a statement announcing the establishment of the courts.

"Existing court infrastructures will be used in this regard," she said, pledging "expediency".

The decision was in response to a petition that was handed over to parliament last week as part of a four-day protest against SGBV in Namibia.

Twenty-five of the nearly 400 protesters, predominantly young women, were arrested on the third day of the protest for contravening COVID-19 regulations, notably that limiting gatherings to 50 people.

The charges were dropped within days.

Kuugongelwa-Amadhila also said the government would build Namibia's capacity for forensic investigation by recruiting and training personnel in identifying rape suspects through DNA.