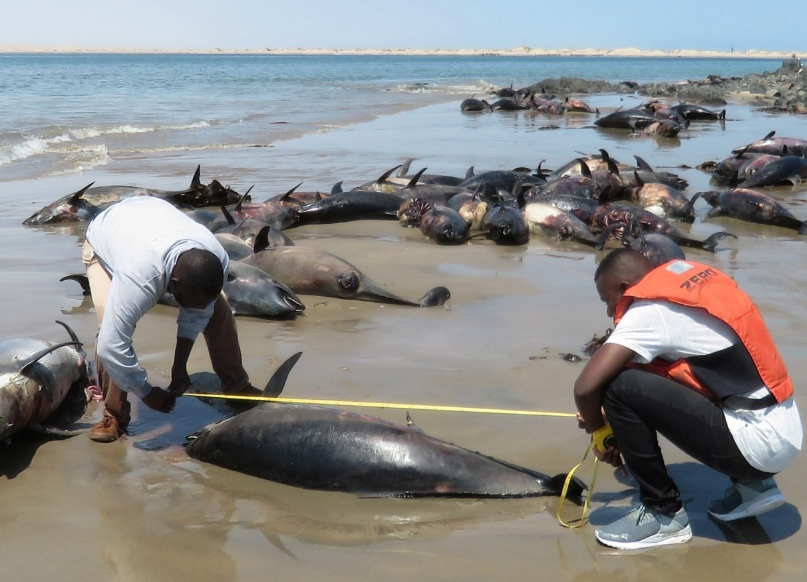 The Namibian Dolphin Project, a conservation charity which conducts research on whales and dolphins described the stranding of the dusky dolphins as "unusual".

WINDHOEK - Veterinarians in Namibia are investigating the mysterious death of 86 dolphins in a mass stranding on a remote beach southwest of the country, an official said.

Fisheries and Marine Resources ministry spokeswoman Rauna Kalola said scientists had been despatched to the beach, near the town of Luderitz, around 685 kilometres from Windhoek, to seek answers to the deaths.

She did not give details of the mass beaching that was discovered on Friday, saying that "we will have to wait for a full report after the investigation".

The Namibian Dolphin Project, a conservation charity which conducts research on whales and dolphins described the stranding of the dusky dolphins as "unusual".

"This may be the largest mass stranding in Namibia," the organisation commented on its Facebook page.

The group speculated that it was possible one animal fell ill and "the others stayed with it" and then probably got trapped by a dropping tide.

Namibia is home to around 30 species of whales and dolphins, according to the Namibian Dolphin Project.