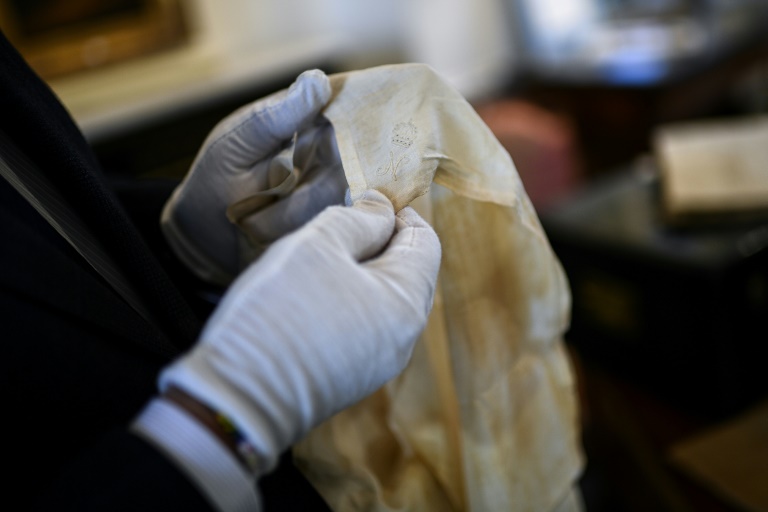 A handkerchief that once belonged to Napoleon

How much would you pay for a 200-year-old second-hand handkerchief? How about a strip of blood-stained cotton used at an autopsy? Or some old hair?

Well, such delights are on offer this Wednesday at the Osenat auction house in Fontainebleau near Paris to mark the 200th anniversary of the death of Napoleon Bonaparte.

"These precious objects were given to my father by the General de Montholon on his return from St Helena," reads a sworn statement accompanying the objects, signed by the "second duke of Bassono". 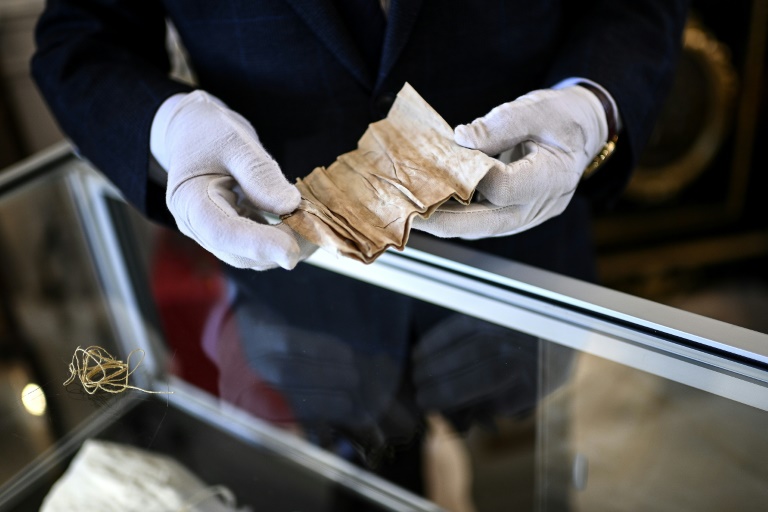 Napoleon was exiled to St Helena in 1815 after his defeat by the British at the Battle of Waterloo. He died there six years later.

The objects include "a small white silk bag enclosing the hair of HM Emperor Napoleon I" as well as his personalised handkerchief and a cloth used in his autopsy.

Montholon was one of the last companions of the former emperor on the island, and assisted at Napoleon's autopsy on May 6, 1821, a day after his death.

READ: Key to prison where Napoleon died sells for R1.6m

Osenat, known for its sale of objects from France's monarchical and imperial past, has some less icky items on sale, including preparatory sketches by Jacques-Louis David, who made the famous painting of Napoleon's coronation by Pope Pius VII. 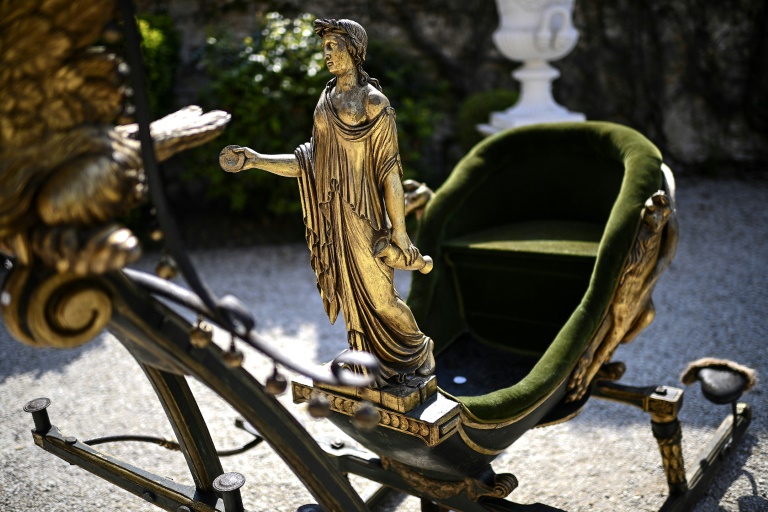 A sledge that once belonged to Empress Josephine

The most striking piece is a wooden sled painted in green and gold that belonged to the empress Josephine, adorned with a statue of the goddess Hebe and a golden eagle.