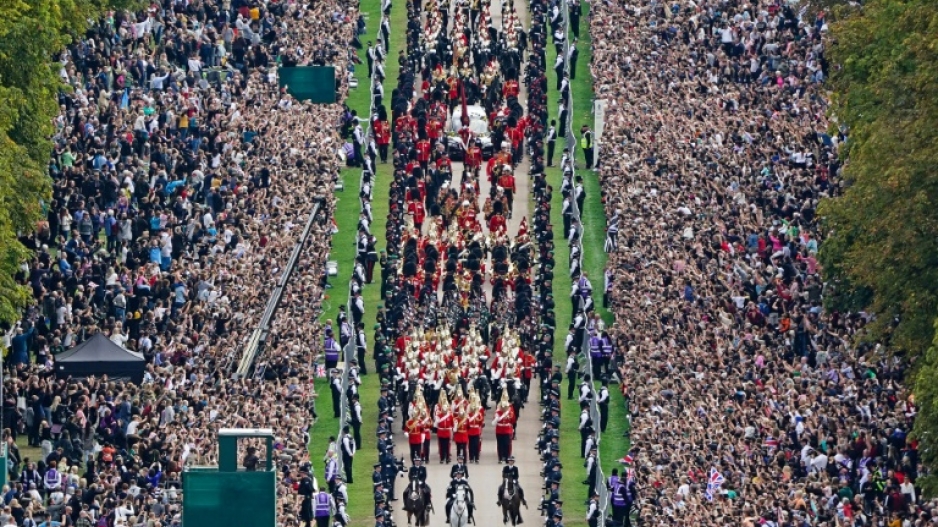 LONDON - Flags on government buildings returned to full mast and an epic clean-up operation was underway on Tuesday as British public life resumed after the state funeral of Queen Elizabeth II, although the royal family remains in mourning for another week.

Around a quarter of a million people queued round the clock to view the queen's coffin as it lay in state in the days leading up to the funeral, the UK government said.

Liz Truss, appointed prime minister by the queen just two days before she died on September 8, flew to the UN General Assembly hours after delivering a biblical reading at the lavish funeral. 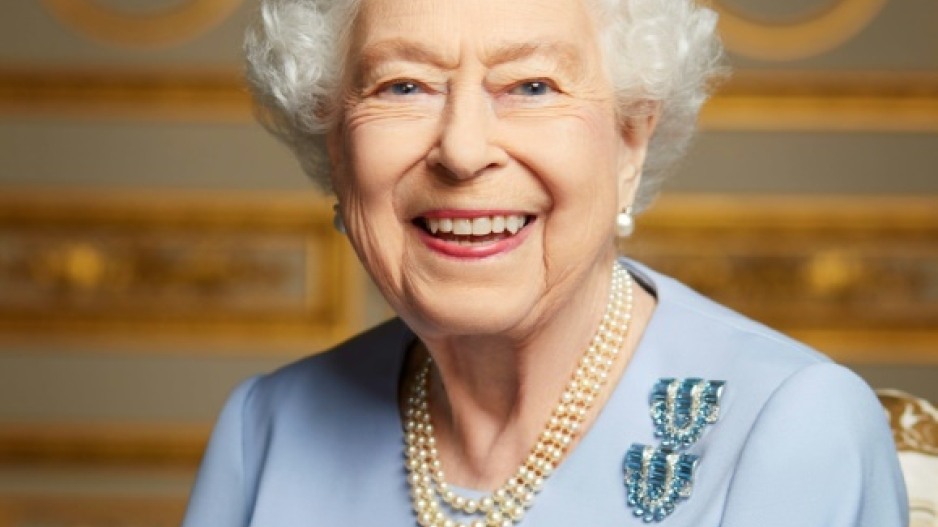 En route to New York, Truss praised the "huge outpouring of love and affection" shown towards the late monarch, as well as the "huge amount of warmth towards" her successor, King Charles III.

Charles, 73, and his family will remain in mourning for another seven days.

That means no official engagements after he spent an exhausting week touring his new kingdom and attending to the ornate pageantry of a role that he has spent a lifetime preparing to take on.

The royal Twitter account published a picture of the queen hiking in 1971 at her Scottish retreat of Balmoral, where she died at the age of 96 as Britain's longest-reigning monarch.

The photograph was accompanied with the words: "May flights of Angels sing thee to thy rest. In loving memory of Her Majesty The Queen."

The quotation is from the tragic conclusion of Shakespeare's play "Hamlet" and was said by Charles in his first national broadcast as king the day after his mother passed away. 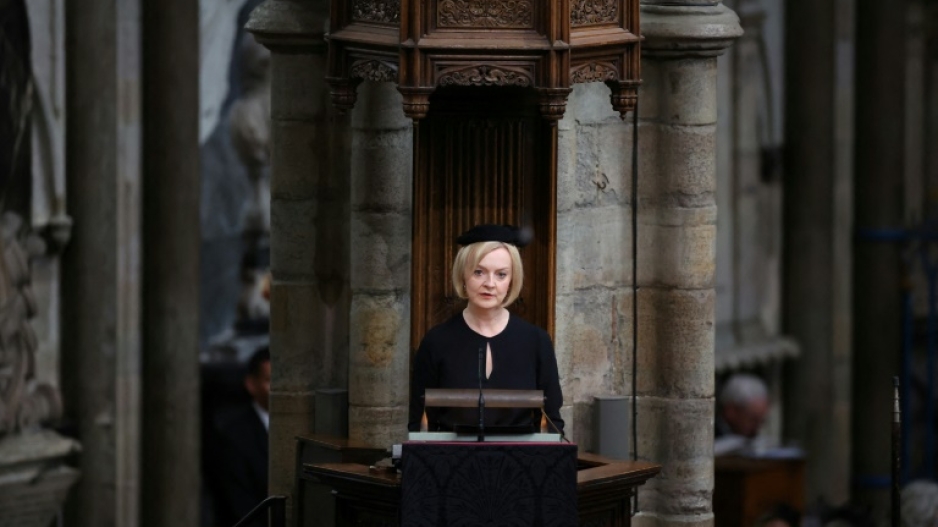 Members of parliament were taking an oath of allegiance to their new sovereign on Tuesday, as political life resumed after 10 days of government mourning.

Following a public holiday for the funeral, business life was also resuming, and workers were busy clearing up the debris left by an estimated million-plus people who lined the streets of London on Monday.

The queen's coffin was on display from Wednesday to early Monday inside parliament's cavernous Westminster Hall, and the waiting time for public mourners at one point reached 25 hours.

Culture Secretary Michelle Donelan told Sky News her government department was still "crunching the numbers", but she believed that around 250,000 people had passed through the hall in total.

Donelan said she did not know the final cost of the state funeral at Westminster Abbey, which entailed a vast security operation for hundreds of foreign dignitaries.

But she said the British public would agree that it "was money well spent".

"You saw so many thousands out there and I don't think anybody can suggest that our late monarch didn't deserve that send-off, given the duty and the selfless service that she committed to over 70 years."

"This was because people were stopping their usual activities in time for the funeral," a spokesman told AFP.

Usage picked up again by 500 megawatts during the funeral but dropped off again by the same amount during the two minutes' silence just before noon. 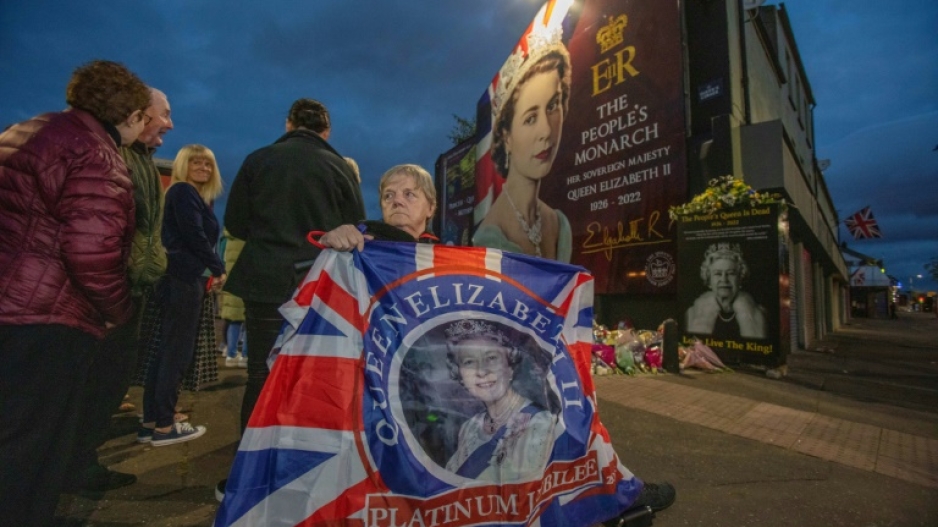 With the departure of the only monarch most Britons had ever known, attention was turning back to the country's soaring inflation problem and the crisis stemming from Russia's war in Ukraine.

There are also deeper fissures over the very future of the United Kingdom, as Scotland's nationalist government agitates for another referendum on independence, and as Northern Ireland turns majority-Catholic for the first time.

"Is it possible that in the Windsor vault now lies buried the person who, more than any other, served to cohere these islands?" commentator Jonathan Freedland wrote in The Guardian newspaper.

"The last 10 days have been a holiday from the usual political polarisation: admiration for the queen was one of the few things most people could agree on," he said. 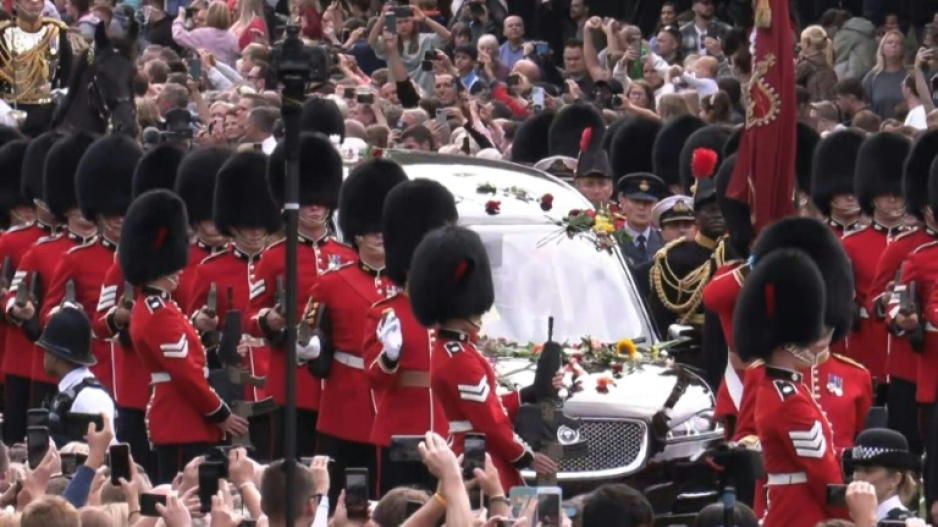 For most UK media, the focus remained on the unquestionable grandeur with which the country and the world bade adieu to Elizabeth.

"An outpouring of love," the Daily Telegraph headlined, above a picture of Charles draping military colours held in life by his mother over her coffin in Windsor Castle.