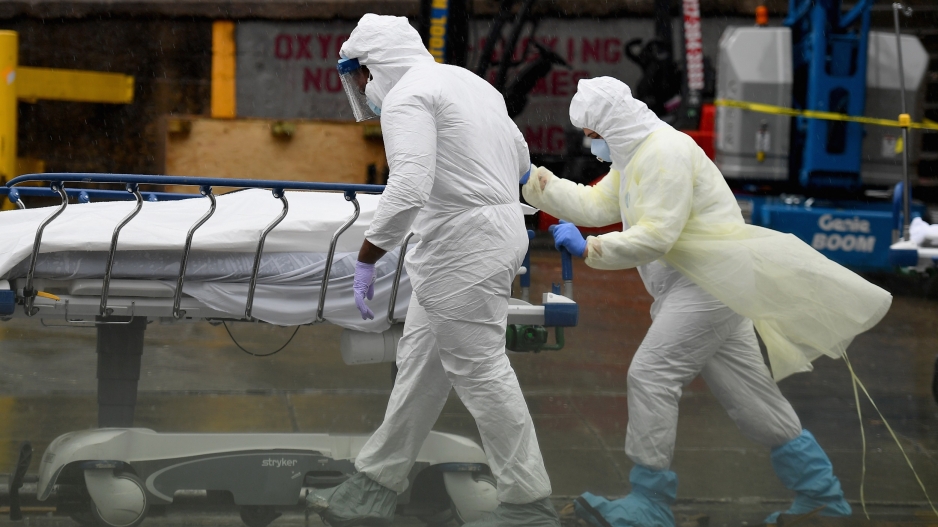 NEW YORK - Almost half of New Yorkers knew someone who died of the new coronavirus, according to a poll Monday which found overwhelming support for confinement measures opposed elsewhere in America.

More than 16,000 New York City residents are thought to have succumbed to COVID-19, out of at least 153,000 confirmed infections, since the Big Apple declared its first case in early March.

Some 46 percent of people in NYC surveyed by the Siena College Research Institute said they personally knew someone who had passed away from the deadly virus.

Sixty percent responded that they knew someone who had tested positive.

The poll quizzed 803 registered state voters between April 19 and 23.

It found that 87 percent were in favor of Governor Andrew Cuomo's decision to extend New York's lockdown until at least May 15.

Cuomo said on Sunday that manufacturing and construction may start in the least-affected areas of New York state after 15 May as part of a phased reopening.

READ: Coronavirus: Why have so many died in New York?

President Donald Trump, bracing for November elections, is impatient to resume business but some 56 percent of people polled said they were not confident America "will be back to normal anytime soon."

Several states have seen protests against stay-at-home orders and Georgia has allowed thousands of businesses to resume operations, against the advice of health experts.

Eighty-four percent of voters polled by Siena said they approved of Democrat Cuomo's handling of the virus outbreak.

Only 34 percent in the traditionally Democratic state approved of Trump's handling of the crisis, the survey found.