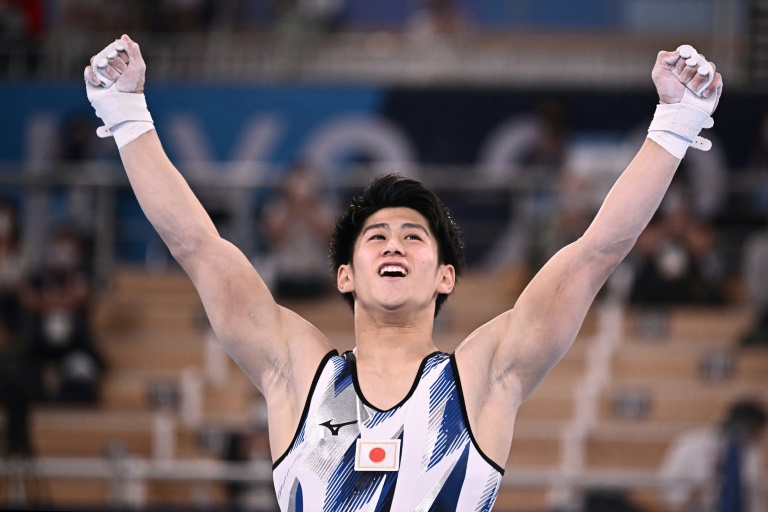 Hashimoto succeeds compatriot Kohei Uchimura, the 2012 and 2016 all-around champion who chose not to go for a hat-trick after persistent shoulder injuries.

"The gold medal means a lot to me. All the hard work over the past five years have led to this medal," he said.

"First and foremost, I want to give it to my parents. I want to get it around their necks and thank them for supporting me."

After Japan took silver behind Nagornyy's Russians in the team event on Monday, Hashimoto was determined to go one better at the Ariake Gymnastics Centre.

Placed third going into the final rotation, the horizontal bar, he seized his moment, putting in a near-flawless routine.

Waiting for his score wearing a broad smile and the Japanese flag over his shoulders, Hashimoto rightly sensed he'd done enough.

"King" Kohei, as 32-year-old Uchimura is known, may have danced for the last time on the Olympic stage but in Hashimoto he looks to have a worthy successor -- perhaps a case of the king is dead, long live the king.

Hashimoto had defined his career objectives before the postponed Games begun as capturing all-around gold at the 2020, 2024 and 2028 Olympics.

He achieved the first of those three in some style, having led the list of 24 qualifiers into the final.