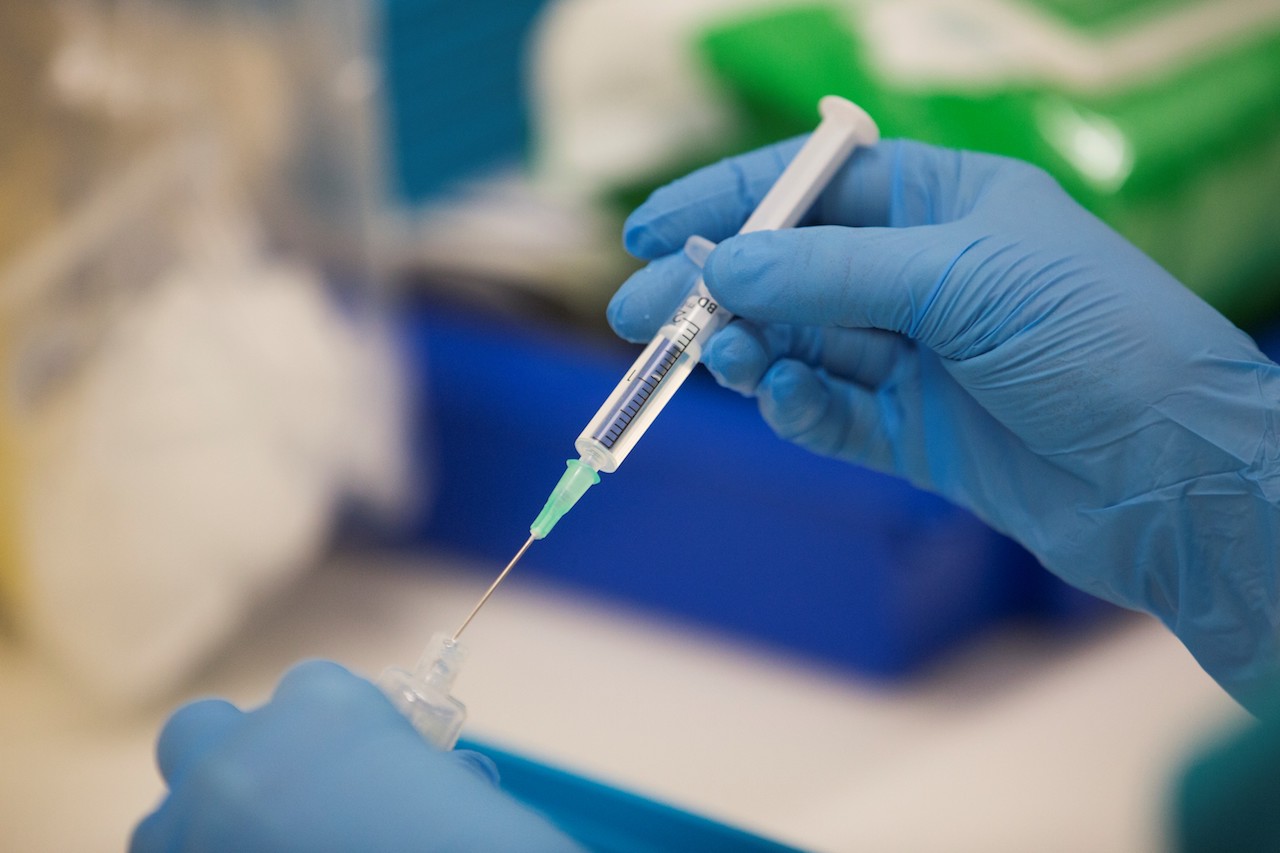 A member of staff draws the Pfizer-BioNTech COVID-19 vaccine out of a phial at the Southmead Hospital, Briston.

Netanyahu and Israel's health minister were injected with the Pfizer-BioNTech vaccine live on TV at Sheba Medical Center in Ramat Gan, near Tel Aviv.

"I asked to be vaccinated first, together with Health Minister Yuli Edelstein, to serve as personal examples and encourage you to be vaccinated," Netanyahu told the television audience.

They must each receive a booster shot in three weeks for optimal protection from the novel coronavirus.

United States Vice President Mike Pence got the jab live on television Friday, while President-elect Joe Biden is set to receive his shot on Monday.

President Trump has made it clear he is not planning to take the vaccine imminently, citing the belief that his recovery from a brief but severe bout of COVID-19 has given him immunity.

Latest Israeli health ministry figures reported over 370,000 people had tested positive for the virus since the Jewish state confirmed its first case in February.

Just over 3,000 people have died, in a country of around 9-million.