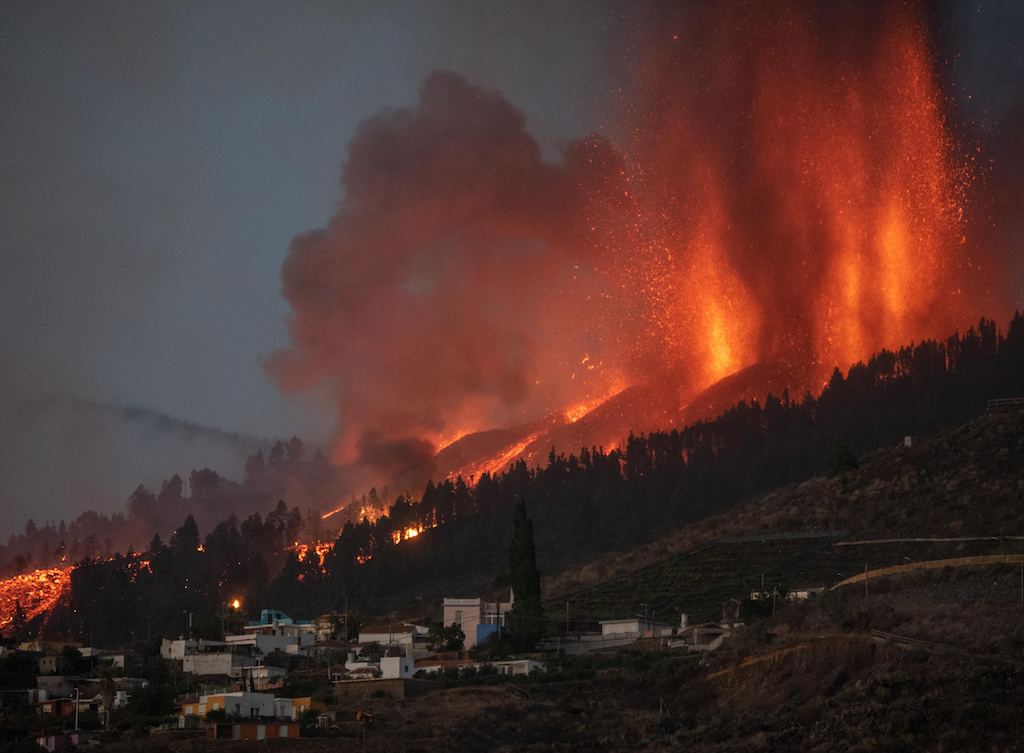 LAS PALMAS - A new fissure has emerged in the erupting volcano on Spain's Canary Islands, belching out more lava and forcing another 500 people to flee as experts closely watched its progress towards the sea.

The Cumbre Vieja volcano has forced a total of 6,000 people from their homes and destroyed a large number of properties and land spanning a huge area since it erupted on Sunday afternoon.

The volcano straddles a ridge in the south of La Palma, one of seven islands that make up the Atlantic archipelago which lies off the coast of Morocco.

Long lines of cars could be seen waiting to leave the area as police sirens wailed, the fiery glow of the erupting volcano lighting up the dark skies, AFPTV images showed.

By Tuesday morning, 500 more people had been forced out of their homes, said Lorena Hernandez Labrador, a councillor in Los Llanos de Aridane, a municipality of 20,000 residents which has been badly affected by the lava.

When the molten lava reaches the sea, experts warn it will generate clouds of toxic gas into the air, which will also affect the marine environment, with the authorities setting up a no-go zone to head off curious onlookers.

But by Tuesday morning, the lava's speed had slowed and the white-hot mass of molten rock, which has a temperature of nearly 1,000 degrees Celsius, had still not reached the western coast.

Meletlidis said it was not clear when it would reach the sea because its speed was "very variable".

"It can accelerate very quickly, especially when the topography changes... or it can stop on a plain for several hours. You have to see how both the main flow and the secondary flow are developing," he said.

"The further the lava is from the source, the slower it goes because it loses impulsion from the new matter coming out."