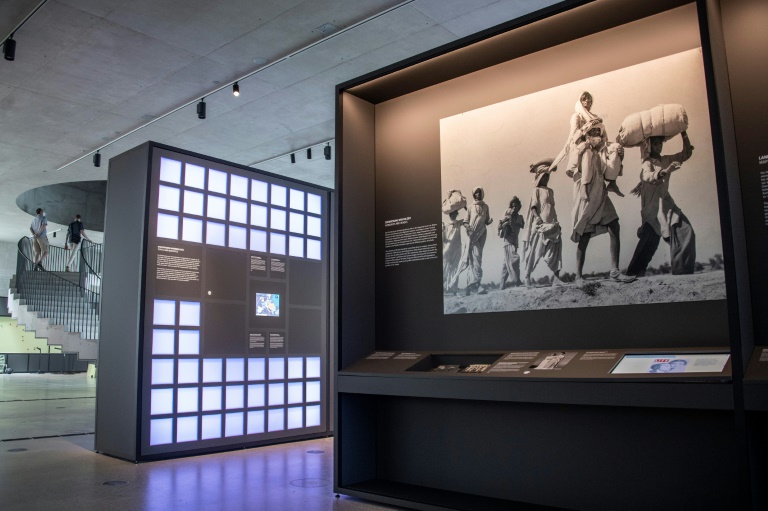 BERLIN - A new museum dedicated to the long-silenced trauma of German civilians forced to flee eastern Europe at the end of World War II opens next week after decades of wrenching debate.

Perhaps reflecting what its founders call their delicate "balancing act", the new institution in Berlin carries the unwieldy name of Documentation Centre for Displacement, Expulsion and Reconciliation.

Some 14 million Germans fled or were ejected from what is today's Poland, Russia, the Czech Republic, Hungary, the Baltic states, Romania, Slovakia and the former Yugoslavia between 1944 and 1950.

Escaping the Russian army and later forced out by occupying powers and local authorities, an estimated 600,000 Germans lost their lives on the trek.

Those who fled included people who had settled in Nazi-occupied territories as well as ethnic Germans who had lived for centuries as minorities.

Seventy-six years after the conflict's end, director Gundula Bavendamm said Germany was finally ready to talk about their suffering, while still acknowledging the unparalleled guilt of the Nazis.

"We are not the only country that needed quite some time to face up to painful and difficult chapters of its own history," she told reporters at a preview of the museum before it opens to the public on Wednesday.

"Sometimes it takes several generations, and the right political constellations."

The 65-million-euro ($78-million) museum takes pains to place the Germans' plight firmly in the context of Hitler's expansionist, genocidal policies.

It is located between the museum at the former Gestapo headquarters and the ruins of Anhalter railway station from which Jews were sent to the Theresienstadt concentration camp.

Just opposite is a planned Exile Museum devoted to those who fled Nazi Germany. 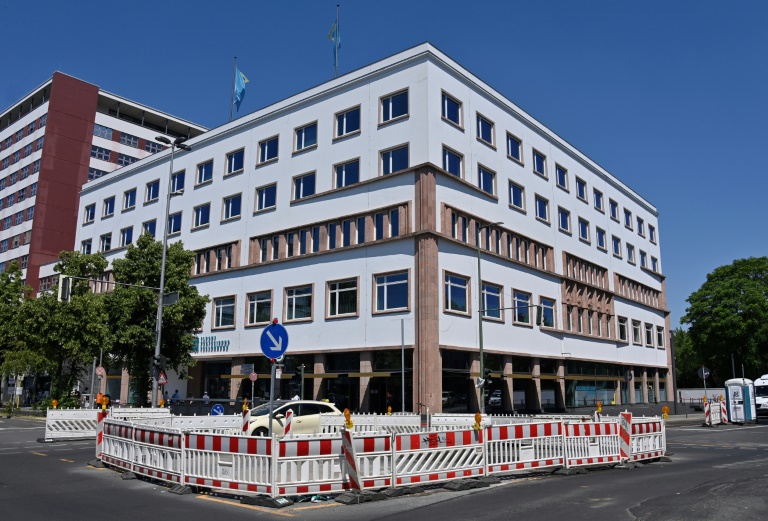 Access to the second-floor space spotlighting the Germans' exodus can only be gained through a darkened room covering the Holocaust.

The first-floor exhibition looks at the "universal" refugee experience, covering mass displacements in countries such as Vietnam, Myanmar, Lebanon and India after the 1947 partition.

"Hyper-nationalism is one of the prime causes of war and forced migration -- they almost always go together," curator Jochen Krueger said.

A folding bicycle used by a Syrian asylum seeker crossing from Russia into Norway in the spring of 2016 resonates particularly in Germany, where more than 1.2 million people arrived at the height of that refugee influx.

An estimated one-third of Germans have family ties to the mass exodus at the war's end and the museum presents their often poignant heirlooms.

A haunting cross stitch with a rhyme about kitchen tidiness hangs unfinished, a dark thread still dangling from the cloth because the woman working on it suddenly had to run from advancing Soviet troops.

A girl's leather pouch is marked with her address in Fraustadt, now the Polish town of Wschowa: Adolf Hitler Strasse 36, displayed in a case near a well-thumbed Hebrew dictionary. 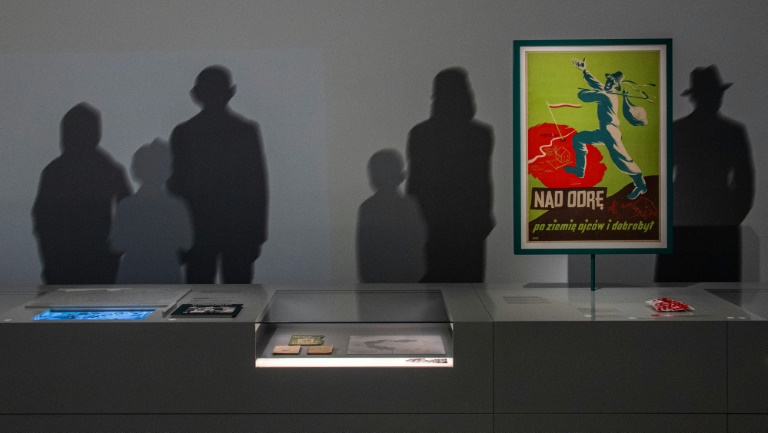 The new museum places the Germans' plight firmly in the context of Hitler's expansionist, genocidal policies

Keys from a villa in Koenigsberg -- today's Kaliningrad -- that was fled in 1945 and from a house in Aleppo, Syria abandoned in 2015 symbolise the enduring hope of returning home one day.

"Everything you see displayed here is a miracle because it survived the journey," Bavendamm said.

The around 12.5 million people who made it to what would become East and West Germany as well as Austria often faced discrimination and hostility.

Now decades on, the museum's library offers assistance to families hoping to retrace their ancestors' odyssey.

An audio guide provides context in English, Polish, Czech, Russian and Arabic in addition to German.

And a "Room of Stillness" allows people to sit and reflect on difficult memories.

A shroud of silence and shame long covered the suffering experienced by German civilians during and after the war.

Groups representing the expelled in the post-war period sometimes had links to the far right, and occasionally agitated against government efforts to atone for Nazi aggression. 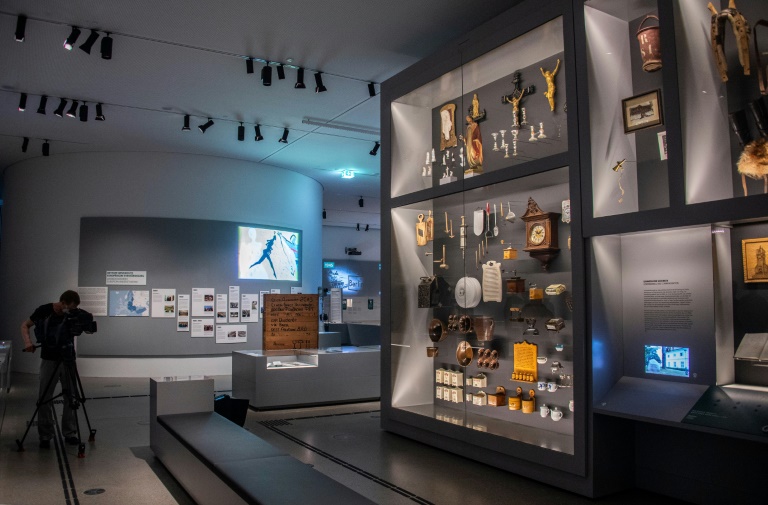 Around 12.5 million people made it to what would become East and West Germany as well as Austria but often faced discrimination and hostility

Only after the Cold War and a long process of international reconciliation did incidents such as the devastating Allied firebombing of Dresden or the 1945 sinking of the Wilhelm Gustloff ship carrying German refugees gain an airing.

The far right's claiming of such events to underline German victimhood also complicates efforts to find the right tone to broach the subject.

News magazine Der Spiegel called the museum "a statement to the left and the right wing, to Germany and abroad. It is meant to close a last remaining gap in German remembrance".

The seed for the project was planted in 1999 by Erika Steinbach, an archconservative lawmaker who had voted against the recognition of Germany's postwar border with Poland after the fall of the Iron Curtain.

However Schroeder's successor Angela Merkel recognised the necessity of the museum and in 2008 agreed with broad mainstream support to establish a centre dedicated to a spirit of international reconciliation.

Historians from across Europe and Jewish community representatives were enlisted as advisors.

"Understanding loss is at the heart of the project -- loss of property and ownership in general but also loss of social status, of community, of loved ones," Bavendamm said.

"But it's also about how people manage to process loss and perhaps, after a time, begin to look toward a better future."