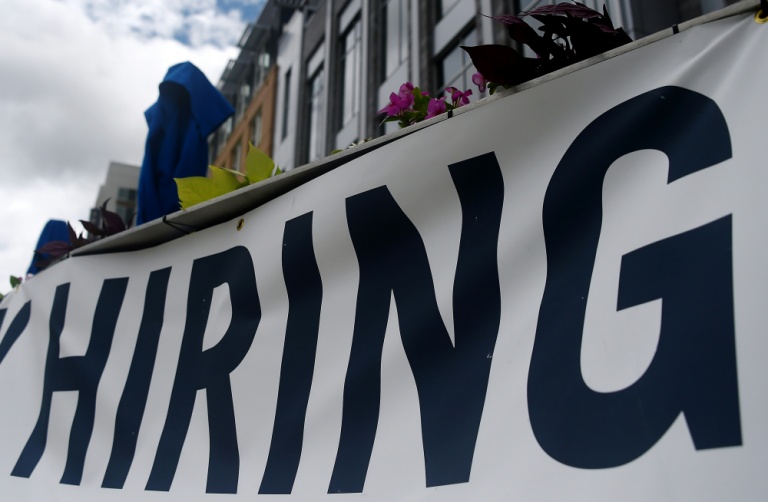 Analysts expect US hiring to increase as the world's largest economy reopens, aided by massive stimulus spending and Covid-19 vaccines

NEW YORK - New filings for US unemployment benefits increased for the second week in a row, according to government data released Thursday, defying analysts' expectations of a drop as the economy reopens.

The Labor Department reported 744,000 new jobless claims, seasonally adjusted, in the week ended April 3, an increase of 16,000 from the previous week's upwardly-revised level.

That was a setback in the otherwise upbeat jobs recovery, and an indication the mass layoffs caused by the Covid-19 pandemic continue to be felt in the world's largest economy.

Another 151,752 applications, not seasonally adjusted, were filed under a special pandemic aid program for freelance workers, about 85,000 less than the prior week.

That pushed total new claims last week to more than 925,000, but Nancy Vanden Houten of Oxford Economics said the labour market is on the mend.

"Jobless claims may bounce around week to week as the recovery takes hold, but we expect they will start to decline more consistently as the economy gains momentum," she said.

The data showed the number of people receiving regular state benefits decreased slightly to just over 3.7 million in the week ended March 27, the lowest level since the crisis began nearly a year ago.

But more than 18.1 million people were receiving aid under all government programs as of the week ended March 20, according to the report.

The United States has struggled with high joblessness ever since the Covid-19 pandemic struck in March 2020, but analysts expect the labour market to make a recovery this year as vaccinations tame the outbreak and government stimulus spending helps the economy back on its feet.

The March unemployment report released last week showed the economy adding 916,000 new positions that month and the unemployment rate dropping to six percent, taking a bite out of the 9.5-million jobs the Federal Reserve says the country has not yet recovered due to the crisis.