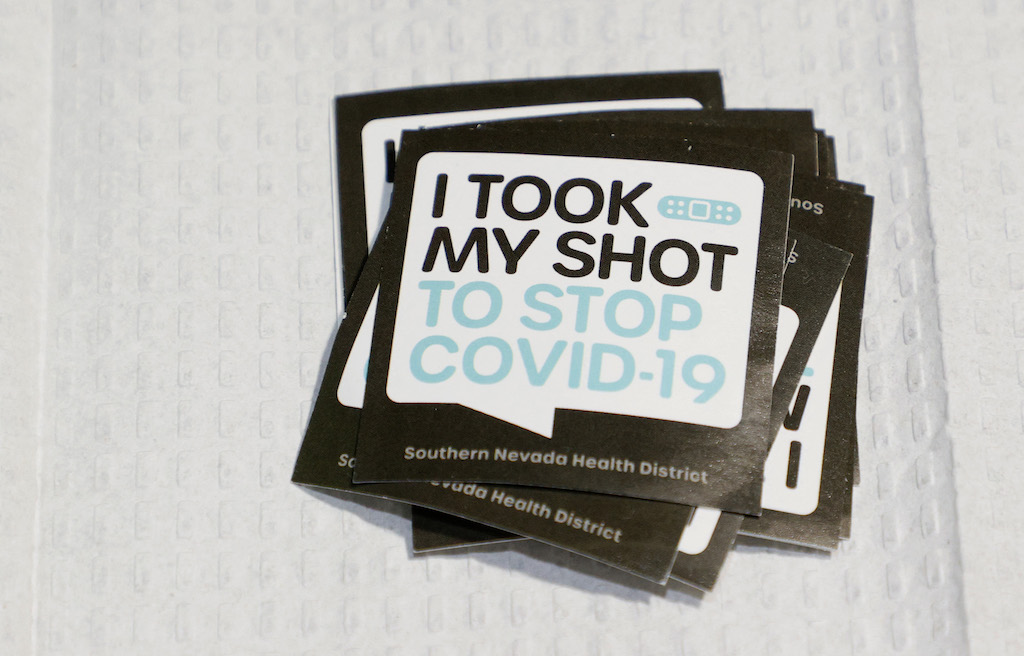 Stickers are stacked up for people receiving vaccinations. AFP/Ethan Miller

"If you're vaccinated... you have the key, you can open the door. But if you're unvaccinated, unfortunately, you will not be able to participate in many things," de Blasio told a press conference.

With coronavirus cases again surging in the United States, de Blasio said that a health pass called the "Key to NYC" would be launched on August 16, followed by a transition period before enforcement a month later.

"It's time for people to see vaccination as literally necessary to living a good, and full and healthy life," said de Blasio.

New York state will require all "public-facing" health care workers to get vaccinated from September, and all of the state's tens of thousands of employees to show proof of vaccination or face weekly tests.

In New York, a city of more than eight million inhabitants, 71.8 percent of adults have received at least one dose of vaccine, according to official figures.

The moves come as the United States grapples with boosting vaccination rates, which have stalled badly for months despite the US having the highest supply of any country.