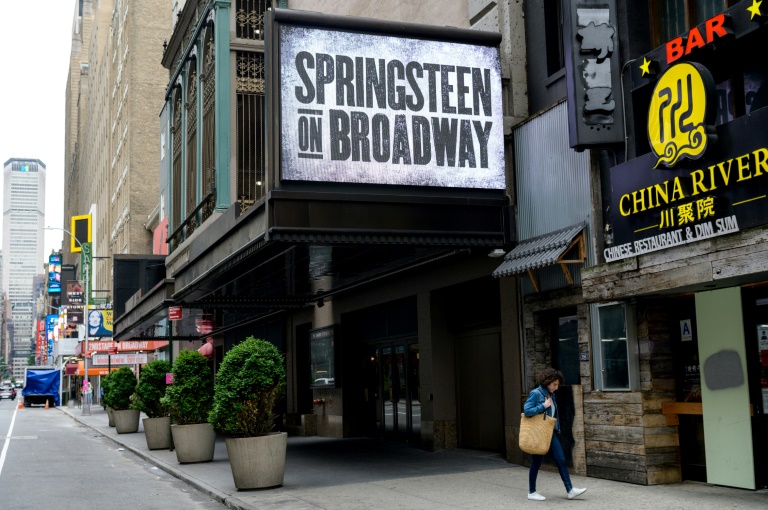 NEW YORK - Broadway will require audiences to be fully vaccinated and wear masks at all shows, New York's theatre industry announced, as the US steps up mandatory vaccinations.

All performers, backstage crew and theatre staff will also have to be vaccinated, the Broadway League said in a statement.

The rules will be in place through October and will apply to all of Broadway's 41 theatres, the trade association added.

Masks will be required except while eating or drinking in designated locations, the Broadway League added.

READ: Springsteen to return to Broadway in June, vaccines required

"A uniform policy across all New York City Broadway theatres makes it simple for our audiences and should give even more confidence to our guests about how seriously Broadway is taking audience safety," said president Charlotte St. Martin.

The body said it would make exceptions for children under 12, a group not currently eligible for vaccines, and people with a medical condition or closely held religious belief that prevents vaccination.

Those guests must provide proof of a negative test to get in.

The Broadway League said it would review the vaccination policy in September for performances in November and beyond, adding that it may implement "a relaxation of certain provisions if the science dictates."

Broadway, which closed when coronavirus first swept New York in spring last year, is due to fully reopen in September.

Prior to the general vaccine mandate, two shows, "Springsteen on Broadway" and "Pass Over," had already announced that audiences must be vaccinated.

The Broadway League's announcement comes after New York's Metropolitan Opera announced on Tuesday that it would require all audiences and performers to be vaccinated for its upcoming season.

The mandates come as the United States steps up efforts to boost vaccination rates as it struggles to contain the highly infectious Delta variant.