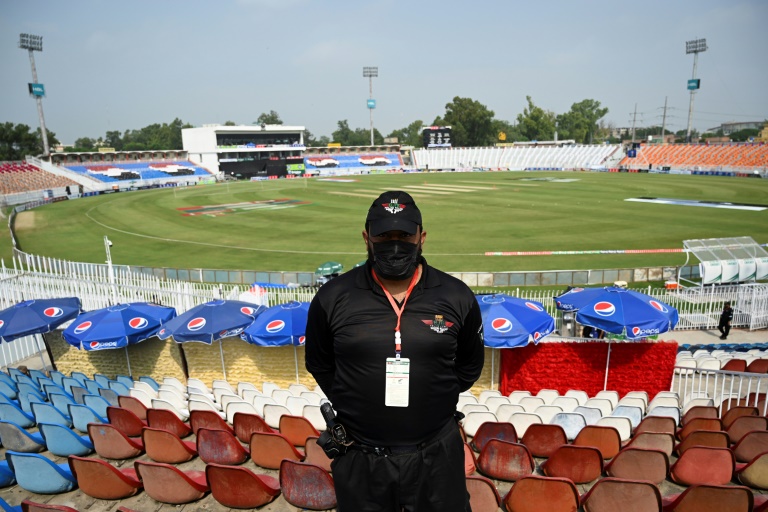 The move is a massive setback to Pakistan, which has been trying to revive tours by foreign sides. AFP/Aamir Qureshi

RAWALPINDI - New Zealand on Friday pulled out of their cricket series against Pakistan over security concerns just minutes after the first one-day international was due to start.

The move is a massive setback to Pakistan, which has been trying to revive tours by foreign sides after home internationals were suspended in the aftermath of a terror attack on the Sri Lankan side in 2009.

"Following an escalation in the New Zealand Government threat levels for Pakistan, and advice from (New Zealand Cricket) security advisors on the ground, it has been decided the BLACKCAPS will not continue with the tour," New Zealand Cricket said in a statement.

Arrangements are being made for the team to leave the country.

New Zealand Cricket chief executive David White said Pakistan had been "wonderful hosts", but "player safety is paramount and we believe this is the only responsible option".

The Kiwis are in Pakistan for the first time since 2003 and were due to play three ODIs, followed by five Twenty20 matches.

They previously cut short a tour in 2002 after a bomb blast outside their team hotel in Karachi killed 14 French naval staff.

The Pakistan Cricket Board (PCB) said New Zealand had made the decision unilaterally.

"The PCB is willing to continue the scheduled matches," it said in a statement.

Khan is himself a former international player and cricketing hero.

"The security officials with the New Zealand team have been satisfied with security arrangements made by the Pakistan Government throughout their stay here," the PCB statement continued.

A security delegation from New Zealand last month inspected arrangements in Pakistan and it was only after their clearance the tour was given a go-ahead.

Most of the squad arrived on Saturday and Sunday with a level of security usually reserved for visiting heads of state that included armed guards escorting their bulletproof buses.

Their Islamabad hotel has been guarded by a heavy paramilitary and police contingent.

Pakistan are due to host England for two Twenty20 internationals next month, while the West Indies and Australia are also to tour in the next six months.