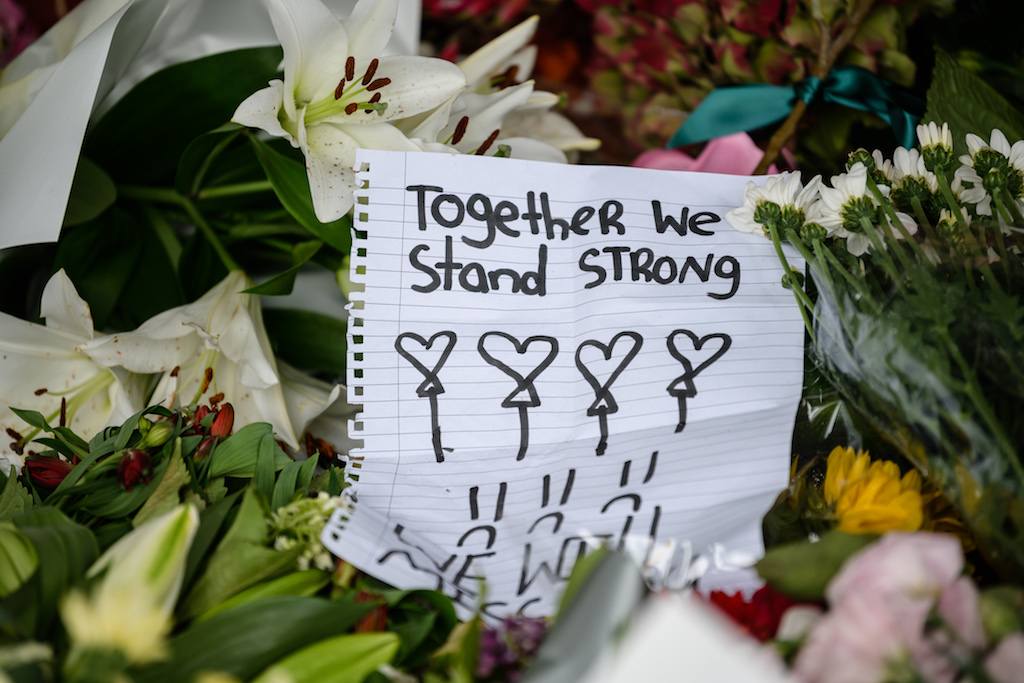 A handwritten note is displayed among flowers during a vigil in Christchurch for the victims of the mosque massacre.

WELLINGTON - New Zealand police on Thursday arrested a man spotted in a "Trump" tee-shirt hurling abuse at worshippers outside one of the Christchurch mosques where dozens were killed in a massacre last month.

Police said the 33-year-old man had "shaken" the Muslim community late Wednesday at the Al Noor mosque by shouting abuse at people.

"Our community has no tolerance for those who target or victimise others because of their identity, and nor does police," Canterbury district commander superintendent John Price said in a statement Wednesday.

"This is especially so for members of our Muslim community who are already dealing with so much," he added.

The man described as being "of solid build with short dark hair and a tattoo on his left shoulder/neck area", walked off into the park opposite the mosque after the incident, but was later apprehended.

Australian Brenton Tarrant, 28, a self-avowed white supremacist, has been charged with 50 counts of murder and 39 of attempted murder over the Christchurch twin mosque attacks.