New Zealand's Super Rugby teams back in action from June 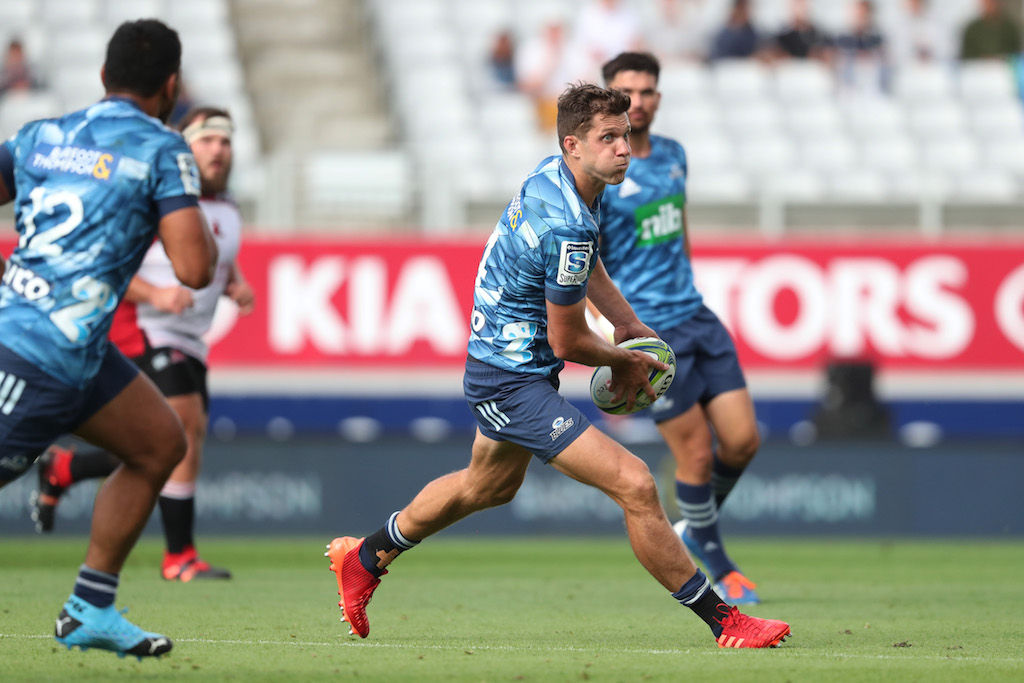 Blues' Matt Duffie in action during the Super Rugby match at Eden Park in Auckland on March 14, 2020.

WELLINGTON - New Zealand Rugby (NZR) said on Monday it will restart elite competition from June 13 with its five Super Rugby teams playing each other over 10 weeks.

NZR made the announcement after the government confirmed on Monday that New Zealand would take its coronavirus alert level down a notch from Thursday.

New Zealand is the first major rugby nation to announce a restart to competition since the COVID-19 pandemic brought sport to a standstill around the world.

"The thought of five world-class Kiwi teams battling it out in 20 matches over 10 weeks should put a smile back on the faces of many people," NZR Chief Executive Mark Robinson said in a statement. "I know our players are excited and I’m sure rugby fans will be as well."

The matches, which will be played at closed stadiums until further government advice, would be broadcast live by Sky Sport.

In the opening weekend, the Otago Highlanders will host the Waikato Chiefs in Dunedin, with the Auckland Blues at home to the Wellington Hurricanes on Sunday.

Defending Super Rugby champions Canterbury Crusaders will have a bye in the first week.

Super Rugby, which also includes teams from Australia, South Africa, Argentina and Japan, was suspended in March after seven rounds of the season when travel restrictions and border controls aimed at containing COVID-19 made the competition untenable.

The results in the competition will have no bearing on the wider Super Rugby competition.

NZR also said the country's annual provincial competition, the Mitre 10 Cup, would start with a full 14-team championship from September 11.