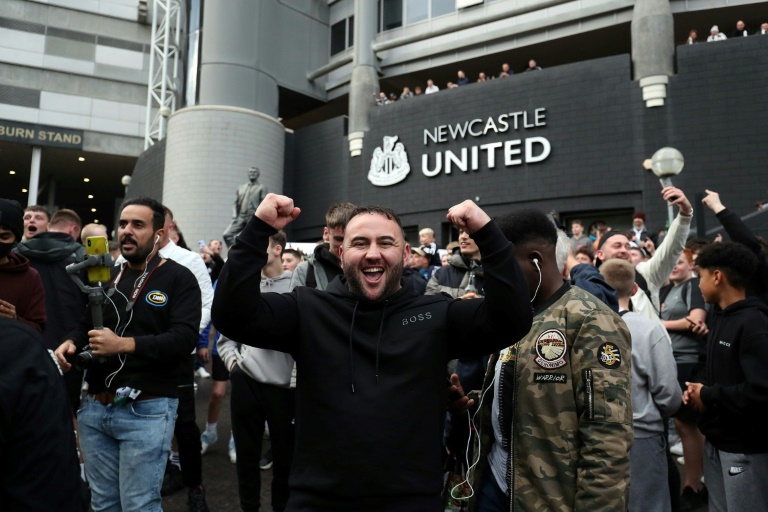 NEWCASTLE - Newcastle fans are dreaming of Premier League glory after a Saudi-led takeover propelled the club into the ranks of the super-rich but Amnesty International branded the deal a "bitter blow for human rights defenders".

Thousands of jubilant supporters swarmed to St James' Park after the drawn-out £305 million ($415 million) deal was agreed on Thursday, chanting "we've got our club back".

On Friday, workers were sweeping up bottles and other debris outside the city centre stadium following the impromptu party.

The takeover was rubber-stamped by the Premier League after it received legally binding assurances that Saudi Arabia's Public Investment Fund, which has an 80 percent stake in the consortium, was not acting on behalf of the kingdom's government.

That is despite the Crown Prince of Saudi Arabia, Mohammed bin Salman, being listed as the chairman of the PIF.

Retired warehouseman Justin Cowan, speaking to AFP outside St James' Park on Friday, admitted to AFP that there were concerns among fans over the new ownership but said fans were buoyant.

"It's great for the city," he said. "It's absolutely brilliant. They have got human rights issues. Everyone knows that, but we need this.

"We need it so bad. The club, the city, we've been put down loads of times. We're a sleeping giant and it's about time. It's lovely for the club and for the region. Everyone's happy."

Luke Watson, 29, a warehouse worker, also welcomed the takeover, which brings to an end the unpopular Mike Ashley's 14 years at the helm.

"I'm so happy it's unreal," he said. "Now we've got someone that wants to invest in the club and take the club somewhere.

"I'd like to see them invest ... (in) a manager that's got experience like a big-name manager, and a few good players to start with."

Newcastle, languishing second from bottom of the Premier League, are one of the best-supported clubs in the English top flight but they have not won a major trophy since 1969. 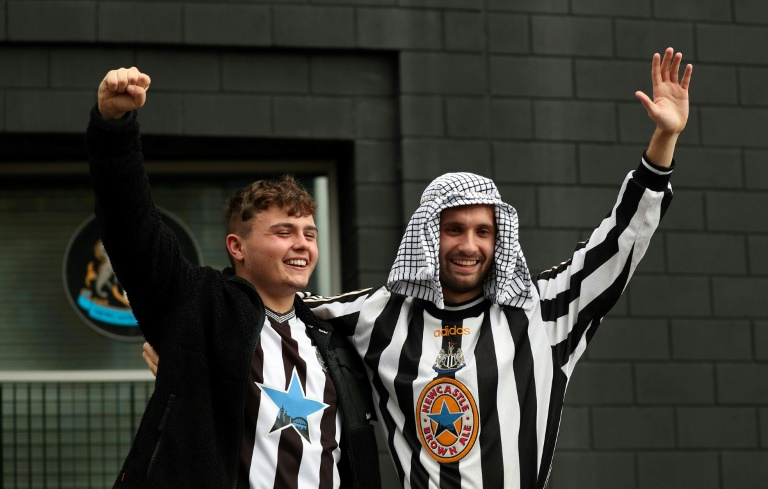 New director Amanda Staveley, a driving force behind the takeover, vowed to transform the club into Champions League contenders but also sought to temper expectations.

The new owners will hope Newcastle can follow the template established by Manchester City, who have become serial trophy winners since a 2008 takeover by Sheikh Mansour, a member of the Abu Dhabi royal family.

Staveley said she had spoken to under-fire boss Steve Bruce and while she insisted no decisions had been made about the future of the manager, his departure seems likely.

Bruce said he wanted to continue but accepted he may be replaced.

But the takeover deal was greeted with dismay by Amnesty, who described it as "an extremely bitter blow for human rights defenders".

Sacha Deshmukh, Amnesty UK's CEO, said: "We can understand that this will be seen as a great day by many Newcastle United fans, but it's also a very worrying day for anyone who cares about the ownership of English football clubs and whether these great clubs are being used to sportswash human rights abuse." 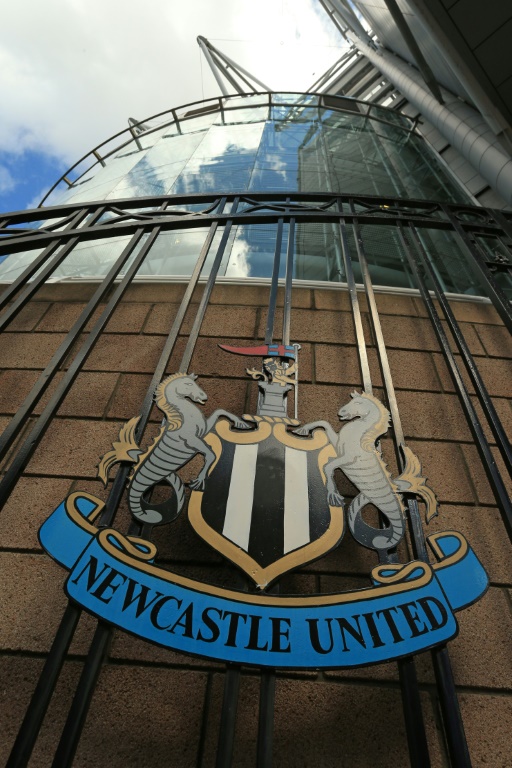 Newcastle have not won a major trophy since 1969

Hatice Cengiz, the fiancee of Khashoggi, said the Saudi-backed takeover was "heartbreaking".

"I am very disappointed," she told the BBC. "What I've been doing since his murder is seeking justice for Jamal every day, every chance that I found or every place I can go and ask more.

"Then suddenly, I saw the news and people were talking about the takeover and I said 'please, do not do that, please be respectful to yourself'."

Newcastle United Supporters Trust chairman Greg Tomlinson said there was some discomfort among fans over issues of human rights but that supporters do not get a say in the buying and selling of clubs.

"Persecution shouldn't be aimed at football supporters," he told the BBC. "The questions should be aimed at the government, who do deals with Saudi Arabia for various things, to the regulators and to policymakers who make those decisions."