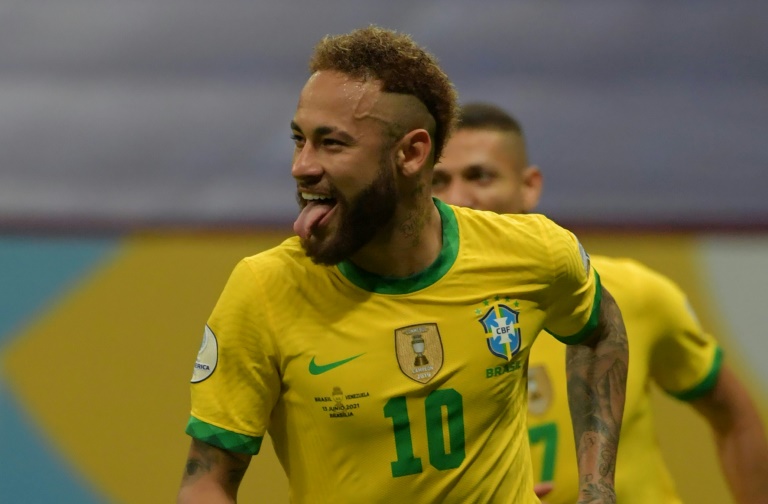 RIO DE JANEIRO - Star forward Neymar netted a penalty and created a second as hosts Brazil eased to a 3-0 victory over a coronavirus-depleted Venezuela on Sunday in the opening match of the 2021 Copa America.

Centre-back Marquinhos opened the scored midway through the first half and Gabriel Barbosa sealed the Group B win a minute from time.

In a tournament already delayed a year and moved from its original hosts Argentina and Colombia due to the pandemic, it was fitting that the coronavirus should take centre-stage right up to the tournament kick-off.

Played in front of an empty Mane Garrincha stadium in Brasilia due to Covid-19 restrictions, Brazil made light of the continent's minnows, who arrived with a makeshift side missing eight players ruled out after testing positive for coronavirus the day before.

Venezuela called up 15 emergency replacements but could still only name seven out of a possible 12 substitutes due to a lack of available players.

"It's not just being without key players, we didn't have time to prepare better for this team," complained Venezuela's Portuguese coach Jose Peseiro.

The game went ahead and, predictably, reigning champions Brazil were well on top.

"The three points are important. We had to start well regardless of our rivals having players out," said Brazil captain Casemiro.

Following a minute's silence to remember Covid victims, Richarlison was denied from close range by Venezuela's goalkeeper Joel Graterol early on before the forward flicked a header wide form a corner.

Centre-back Eder Militao was also off target with a header while Graterol did well to hold a Danilo volley from distance.

Venezuela produced little going forward but Jose Martinez did have the Brazil defence back-pedalling with a dangerous burst before winning a corner that came to nothing.

Brazil took the lead on 23 minutes when Richarlison flicked on a Neymar corner that deflected into Marquinhos's path inside the six-yard box, allowing the centre-back to bundle home.

Richarlison had a goal ruled out for offside while Neymar incredibly fired wide from 12-yards out as Brazil threatened to put the game to bed before half-time.

It was more of the same after the break as substitute Alex Sandro from distance and Richarlison with a header both shot over the bar.

Neymar somehow failed to turn home a cross-cum-shot from Gabriel Jesus from three yards out but on 64 minutes he doubled the lead from the penalty spot.

Yohan Cumana clumsily brought down Danilo in the box and Neymar sent Graterol the wrong way from 12 yards.

The hosts took their foot off the gas but Neymar kept probing and was denied a second by Graterol following a mazy run and shot from inside the box.

Neymar then created the third, rounding Graterol before crossing for Gabriel Barbosa to chest home from barely a yard out. 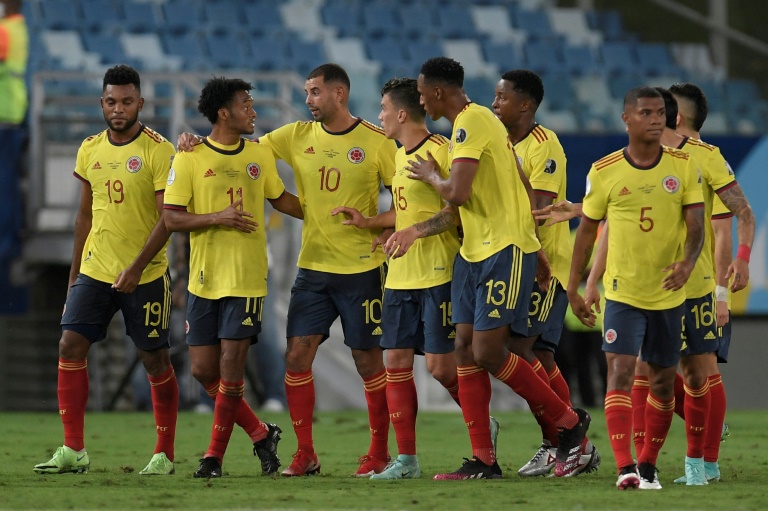 Edwin Cardona scored the only goal of the game as Colombia held on under second half pressure to begin their Group B campaign with a 1-0 win over Ecuador -- who thrashed them 6-1 the last time the sides met in a World Cup qualifier in November.

Colombia's goal was a thing of beauty with Cardona taking a short free-kick to Juan Cuadrado, who chipped the ball into the box for Miguel Borja to head down into the path of Cardona to volley home.

It was initially disallowed for offside but a VAR review showed that while three Colombian players were beyond the defensive line, Cardona and Borja were onside.

Ecuador came close to a second-half equalizer through Pervis Estupinan but Colombia goalkeeper David Ospina brilliantly tipped his free-kick around the post.