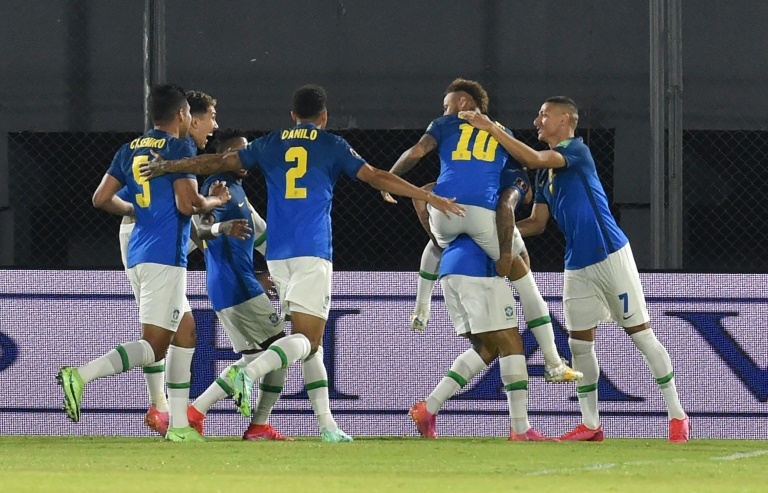 BRAZIL - Neymar scored one goal and created the other as Brazil maintained their perfect start to World Cup qualifying with a 2-0 win over Paraguay on Tuesday.

Substitute Lucas Paqueta sealed the win deep into injury time in Asuncion as Brazil opened up a six-point lead at the top of South America's single qualifying group after a sixth win out of six.

Paraguay's first defeat saw them drop out of the automatic qualification places.

Brazil got off to a quick start with less than four minutes on the clock.

Gabriel Jesus, recalled to the starting line-up, crossed from the right and although Richarlison missed his attempted volley, Neymar was unmarked at the back post to bobble the ball past goalkeeper Antony Silva.

Paraguay did not crumble, though, and center-back Omar Alderete forced an incredible save out of goalkeeper Ederson with a blockbuster drive from 30 yards.

Miguel Almiron also found space in the box but his shot was deflected behind by Eder Militao.

In between, Silva was out quickly to smother a chance for Richarlison.

The Everton forward thought he'd extended the lead just before halftime with a brilliant dipping volley, but he was denied by an offside flag.

Paraguay had a strong start to the second half as Ederson saved a Gustavo Gomez header but Marquinhos should have doubled the visitors' advantage when he somehow headed Neymar's cross wide from four yards out.

Brazil had chances to kill the game off on the counter but Neymar screwed an effort wide and Gomez did brilliantly to block Richarlison's shot.

But in injury time, Neymar played in Paqueta on the right to send a precise left-foot finish just inside the far post. 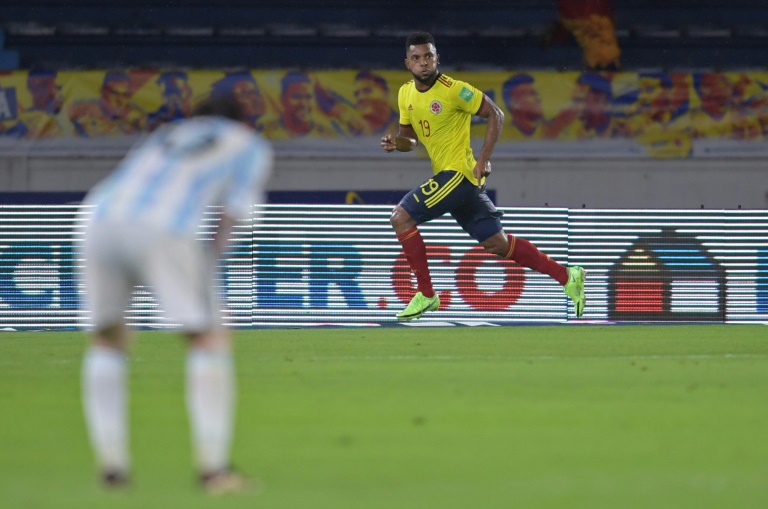 Miguel Borja scored four minutes into stoppage time to rescue a 2-2 draw for Colombia in a World Cup qualifier against Argentina in Barranquilla.

Argentina were off to a flying start, helped by woeful home defending, to move 2-0 up inside eight minutes through goals by Cristian Romero and Leandro Paredes.

But Colombia's substitutes turned the game around in the second half as Luis Nuriel netted from the spot and then Borja snatched a point at the death.

"We went out to press, we scored two goals but unfortunately we couldn't hold on, I think we were tired," said Argentina forward Lautaro Martinez.

Argentina remain unbeaten in second place while Colombia are just outside the automatic qualification spots in fifth.

The visitors will be kicking themselves, though, after a fast start and having the better chances throughout.

Three minutes in, Romero rose highest to head home a Rodrigo De Paul free-kick from wide on the right that made it all the way to the edge of the six yard box.

A few minutes later, Lionel Messi picked out Marcos Acuna and his rasping left-footed drive was deflected inches past the corner of post and crossbar.

Colombia failed to fully clear the resulting corner and following some pinball in the box, Paredes was able to run past four players, find space and shoot low into the corner across goalkeeper David Ospina. 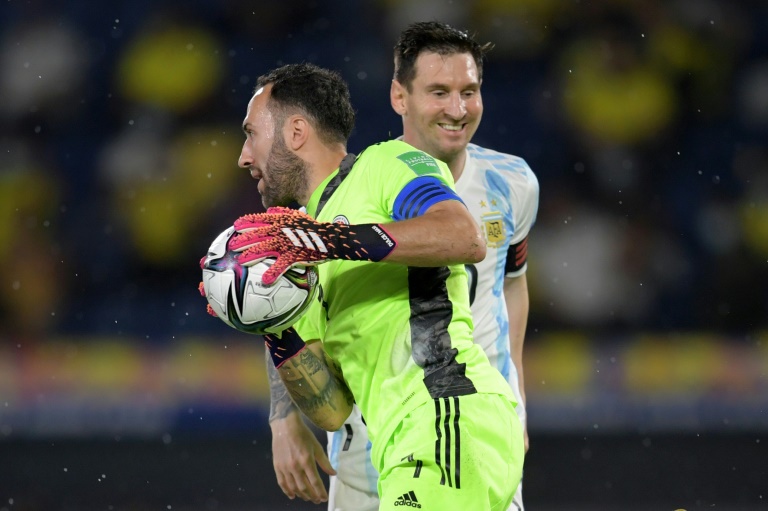 Argentina were well on top and Ospina had to save a fierce drive from Martinez on 27 minutes, with Nicolas Gonzalez putting the rebound a whisker past the post.

Colombia finally came alive in first half stoppage time but Muriel's shot was blocked by Nicolas Otamendi, while Duvan Zapata blazed over.

They were back in it six minutes into the second period, though, after Otamendi brought down Mateus Uribe in the box and Muriel slotted in from the spot.

Argentina remained well on top, though, and Ospina tipped a shot from Messi onto the bar before denying Martinez.

Muriel shot over before the inspired Ospina kept Colombia in the tie with great saves from Martinez and Messi again.

Borja had the last word, though, rising at the back post to head home Juan Cuadrado's cross. 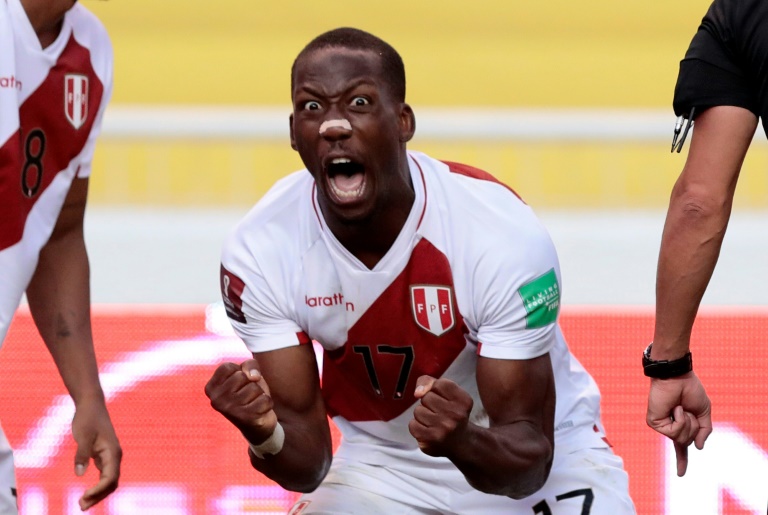 Peru earned their first win of the qualification campaign but remained bottom of the group despite a surprise 2-1 success at Ecuador.

Gonzalo Plata's injury-time strike was but a consolation for Ecuador, who nonetheless remain third.

In Caracas, Venezuela held Uruguay to a 0-0 draw to remain above Peru on goal difference, while the visitors clung on to a top-four automatic qualification spot.

Marcelo Moreno's penalty eight minutes from time earned Bolivia a 1-1 draw in Santiago with dominant Chile, who took the lead through Erick Pulgar on 69 minutes.