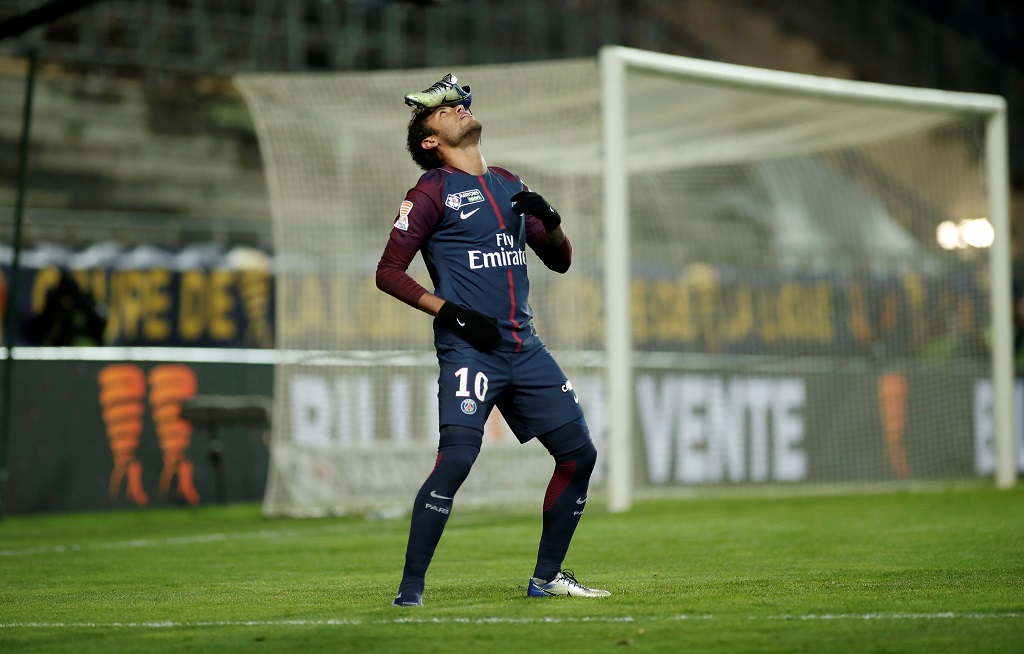 BRUSSELS - Brazilian superstar Neymar scored a legal win on Tuesday as a top EU court ruled against a businessman who tried to claim copyright on the world's most expensive footballer's name.

The General Court of the European Union said that Carlos Moreira had acted in "bad faith" when he tried to trademark the name "Neymar" in 2012, confirming a decision by the EU Intellectual Property Office (EUIPO) to invalidate the registration.

The court rejected arguments from Moreira, who applied to register "Neymar" as a trademark for clothes, footwear and hats in December 2012, that he had little knowledge of football and simply liked the sound of the word.

"The Court upholds the decision of EUIPO that Mr Moreira was acting in bad faith when he filed the application for registration of the mark 'NEYMAR'," the court said.

EUIPO ruled in Neymar's favour when he challenged Moreira's registration in 2016, prompting the Portuguese businessman to take the case to the General Court, the EU's second-highest tribunal.

Moreira claimed that when he registered the name, he did not know Neymar - who had been named South American Footballer of the Year in 2011 and attracted interest from a host of top European clubs - was a rising star.

The court dismissed the argument, saying it was clear Moreira had "more than a little knowledge of the world of football".

This was proven, the court said, "by the fact that he filed an application for registration of the word mark 'IKER CASILLAS', a mark corresponding to the name of another famous football player, on the same day he sought registration of the mark 'NEYMAR'."

"Mr Moreira puts forward no convincing argument to disprove the finding of EUIPO that there was no explanation for his application for registration of the contested mark other than the desire to 'free-ride' on the footballer's renown," the court said.

READ: Neymar banned for three matches for lashing out at fan

It is the second EU trademark victory inside a year for South American megastars, after Argentina and Barcelona attacker Lionel Messi won a battle to register his name, seeing off a seven-year challenge by Spanish cycling gear manufacturer Massi.

The ruling comes after a tough end to the season for the 27-year-old Neymar, who is also mired in legal tussles in Spain.

Neymar - whose PSG season fizzled out after a shock Champions League exit to Manchester United - is facing a tax probe in Spain over bonuses he earned at Barcelona as well as his world-record transfer to Paris.

The Catalan giants are also suing Neymar for breach of contract after he transferred for a record 222 million euros ($249 million) in 2017, less than a year after he signed a new five-year deal.