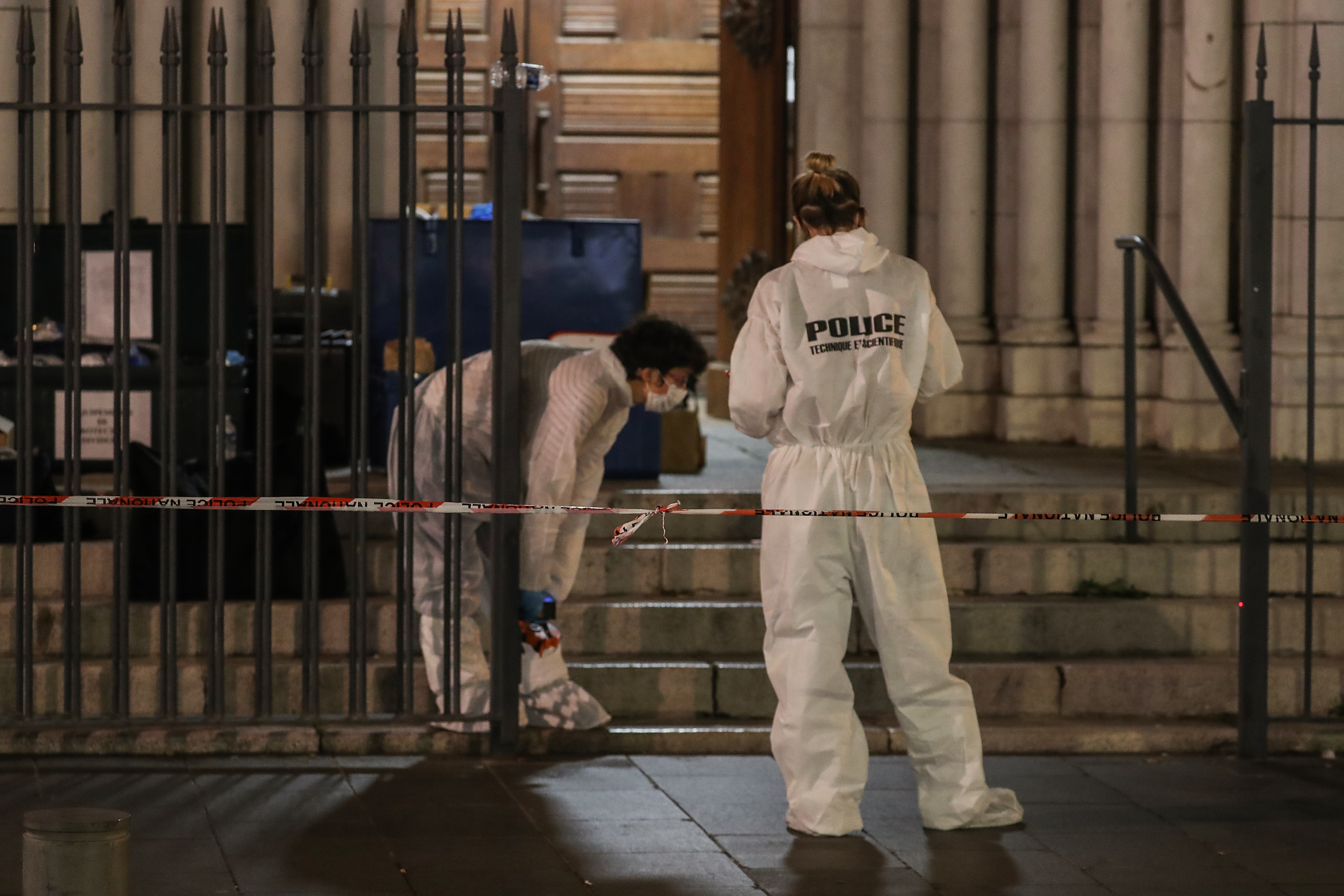 Three people were killed at a church in Nice, France. (AFP)

NICE, France - A knife attacker killed three people, cutting the throat of at least one woman, inside a church in Nice on the French Riviera on Thursday.

The brutal killings come only two weeks after a French teacher was decapitated outside his school north of Paris by an Islamist extremist -- the teacher had shown his pupils cartoons of the Prophet Mohammed during a lesson on freedom of speech.

Here is what we know so far:

At 8:29 am French time a man with a knife began attacking people praying inside the Basilica of Notre-Dame in the heart of the Mediterranean city.

The attacker had a copy of the Koran and three knives with him, France's anti-terror prosecutor Jean-Francois Ricard told a news conference.

In a near half-hour frenzy, the assailant used a 30-centimetre knife to cut the throat of a 60-year-old woman, who died inside the church.

READ: France on 'emergency' footing after knifeman kills 3 at church

The body of a man, a 55-year-old church employee, was found nearby inside the basilica -- his throat had also been slit.

Another woman, a 44-year-old who had fled the church to a nearby restaurant, died shortly afterwards from multiple knife wounds.

The killer was shot and wounded by police who arrived quickly at the scene.

Videos seen by AFP show he was hit at least six times.

Even as he was being arrested the man continued to shout "Allahu Akbar" (God is greatest), before he was rushed to the city's Pasteur hospital. 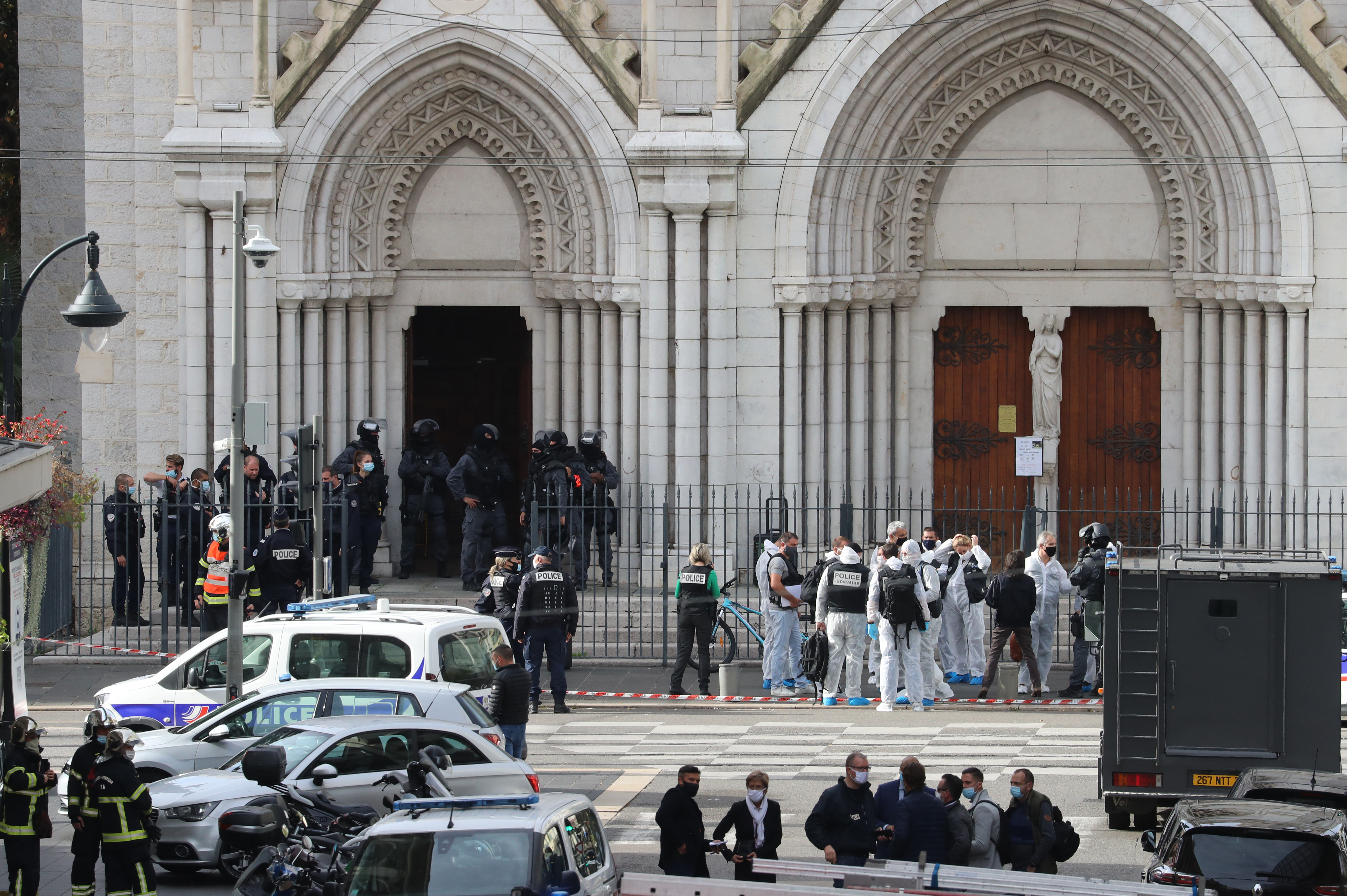 The 21-year-old Tunisian suspect only arrived in France earlier this month after coming to Europe on a migrant boat via the Italian island of Lampedusa at the end of September, an official source told AFP.

The suspected knifeman called himself "Brahim" when he was arrested and later claimed to be Brahim Aouissaoui, the source added.

The dead man was a 45-year-old father of two girls who served as the basilica's sacristan, looking after the church, according to Canon Philippe Asso, its most senior cleric.

The killer's first victim was a 60-year-old woman, who he tried to behead, and the other woman who died was a mother in her 40s.

"Tell my children I love them," she managed to say before her death, according to French cable channel BFM TV.

The Brazilian government later said she was a Brazilian citizen, though it did not confirm whether she also had French nationality.

The French authorities are treating it as a terror attack, with the anti-terrorist prosecutor immediately opening an inquiry into "murder and attempted murder linked to a terrorist enterprise". President Emmanuel Macron called it an "Islamist terrorist attack".