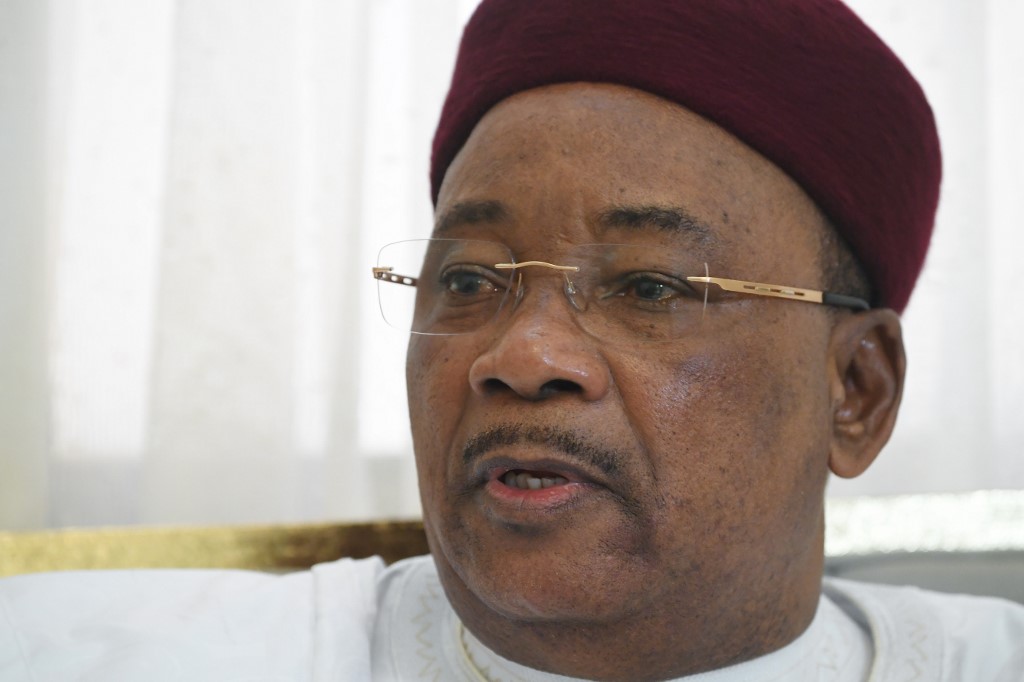 Niger's President Mahamadou Issoufou speaks during an interview at the presidential palace in Niamey, on July 6, 2019.

NIAMEY - Nigeria and Benin signed onto a landmark African trade accord on Sunday ahead of the deal's official launch at an African Union summit in Niger later on Sunday.

The African Continental Free Trade Area (AfCFTA) is expected to be officially launched later Sunday in what AU commission chairman Moussa Faki said would be a "historic" moment.

Fifty-four of the 55 African Union member countries signed onto the deal, with Eritrea the only holdout.

AU leaders hope the agreement, which comes after 17 years of tough negotiations, will create the world's largest free trade area, estimating a 60-percent boost in trade between the continent's 1.2 billion people by 2022.

The deal was given a boost when Nigeria, Africa's most populous country and largest economy, announced this week it would join the pact in Niamey, after having unexpectedly pulled back from the agreement last year.

The pact was further buoyed as Benin's agreement meant Eritrea was the sole African country not to sign on.

State trade ministers have agreed the zone should be operational from July 2020, AU Trade and Industry Commissioner Albert Muchanga told AFP, with countries needing time to adapt to the agreed changes.

An official start date was expected to be agreed by heads of state on Sunday.

With the launch of the AfCFTA, Africa was "removing the fragmentation of Africa" Muchanga said.

However, there are still key issues that need to be ironed out, such as setting common criteria to determine rules of origin for traded products.

Amaka Anku, Africa analyst at Eurasia group, described the deal as a positive step but said the AfCFTA was still "a long way from taking off".

African countries currently trade only about 16 percent of their goods and services among one another, compared to 65 percent with European countries.