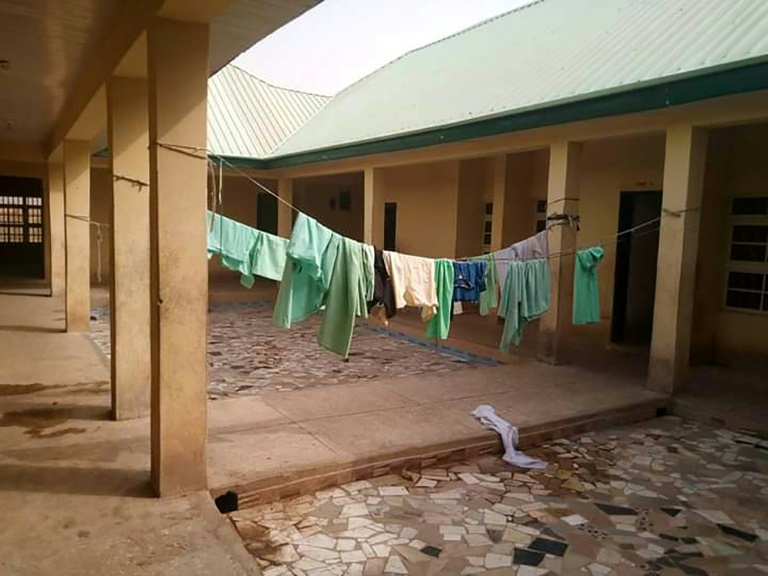 ABUJA - More than 300 schoolgirls were abducted by gunmen in northwest Nigeria on Friday in the country's latest mass kidnapping, and a rescue bid was under way, regional police said.

A suspected criminal gang attacked the Government Girls Science Secondary School in Jangebe, a village in Zamfara state, around 1 am, police and a local official said.

It is Nigeria's third school attack in less than three months - a series that has revived traumatic memories of the "Chibok girls" kidnapped by jihadists nearly seven years ago.

Zamfara State Police Command, working in collaboration with the military, "commenced a joint search and rescue operations with a view to rescuing the 317 students," police spokesman Mohammed Shehu said in a statement.

The situation in Jangebe was tense as local people vented their anger on journalists, security personnel and officials who arrived in the village.

"The villagers stoned the two vehicles we were in, which forced us to hurriedly leave," said Umar Shehu, a reporter with Daily Trust newspaper, told AFP.

A video journalist was injured in the head  when a rock smashed the windscreen, he said.

Distraught parents gathered at the school, desperate for news about their children, two teachers told AFP.

Some 50 students who escaped the abduction were taken home.

The gunmen arrived at the school in vehicles, but some girls were forced to walk into the surrounding bush, the state information commissioner, Sulaiman Tunau Anka, said.

Heavily-armed gangs known locally as "bandits"  have stepped up attacks in northwest and central Nigeria in recent years, kidnapping for ransom, raping and pillaging.

On December 11 last year, more than 300 boys were kidnapped from a school in Kankara, in President Muhammadu Buhari's home state of Katsina, while he was visiting the region. The boys were later released.

On February 16, 42 people including 27 boys were taken from a school by a similar gang in nearby Niger state, and are yet to be freed. 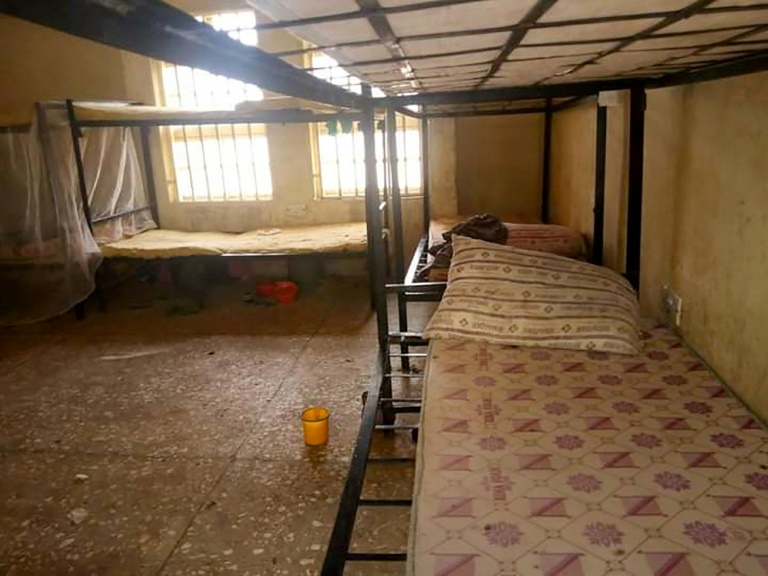 #BringBackOurGirls: The abduction of hundreds of schoolgirls in Chibok launched a worldwide campaign for their release

These incidents have triggered outrage as well as painful memories of the kidnapping of 276 schoolgirls by jihadist group Boko Haram in Chibok, in northeastern Borno state, in April 14 2015.

In February 2018 the Islamic State West Africa Province (ISWAP), an offshoot of Boko Haram, snatched 111 girls from their boarding school in Dapchi, around 300 kilometres (186 miles) from Chibok.

The jihadists returned more than 100 girls to the town after talks with the government.

Save the Children said it was "horrified" about the latest abductions.

"It is unacceptable that attacks on schools and students has become a recurring scenario in northern Nigeria," said Mercy Gichuhi, the charity's Nigeria director.

"These attack... puts (the children) at risk of never returning to school, as they or their parents think it's too dangerous."

The federal government has yet to comment on the latest kidnappings. 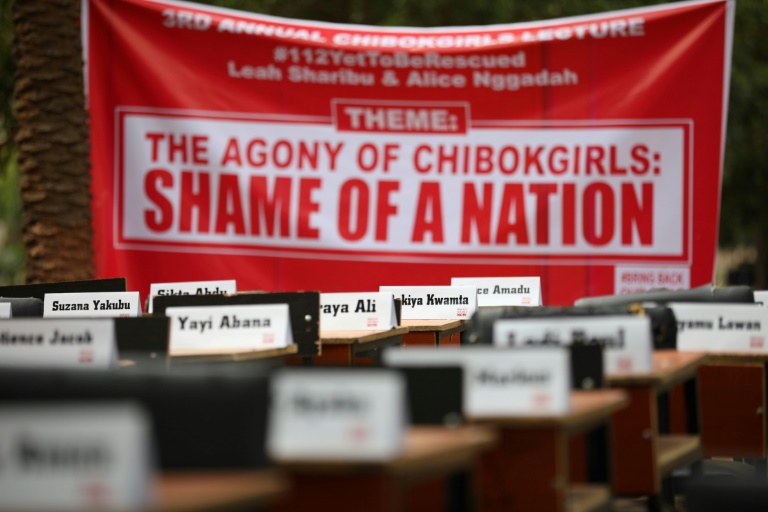 Unrest in northwest Nigeria is just one security challenge facing Africa's most populous country, where militants are waging a jihadist insurgency in the northeast and ethnic tensions are simmering in some southern regions.

Along with central Nigeria, the northwest region has increasingly become a hub for large criminal gangs who raid villages, killing and abducting residents after looting and torching homes.

The armed forces have deployed there but attacks and mass kidnappings persist.

The gangs are largely driven by financial motives and have no known ideological leanings.

But there are concerns they are being infiltrated by armed Islamists.

The jihadists' decades-old conflict has killed more than 30,000 people and spread into neighbouring Niger, Chad and Cameroon.