Nigeria protesters retreat but vow to fight on 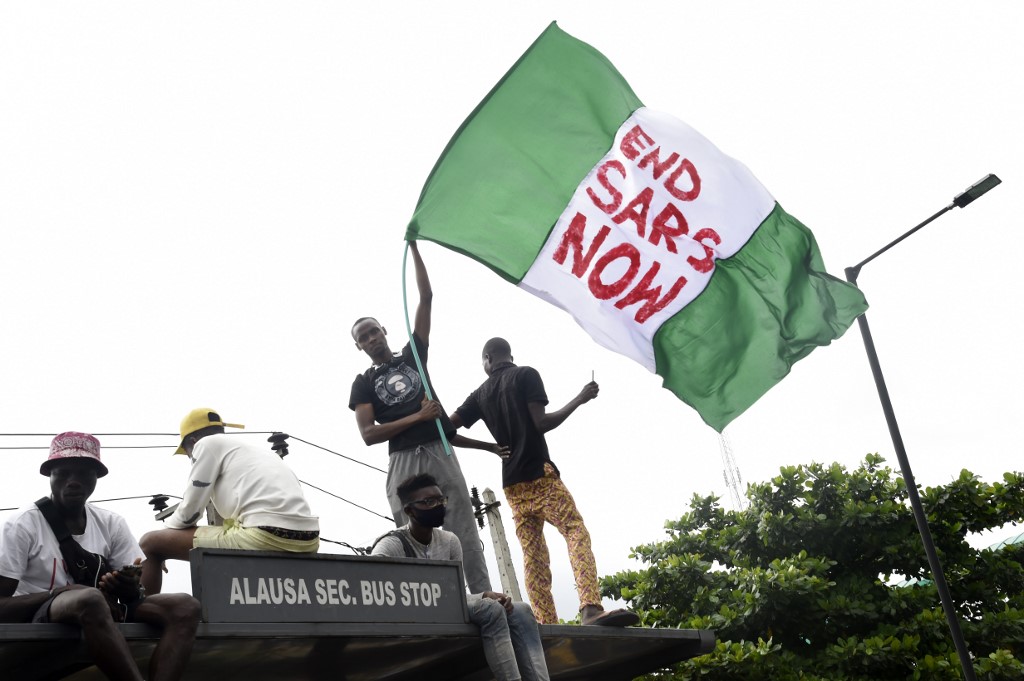 LONDON - Young Nigerians who took to the streets to demand better governance are in shock after a brutal crackdown on their movement but say their resolve for change remains undimmed.

Demonstrations began on October 8, targeting a hated police unit, the Special Anti-Robbery Squad (SARS), that the authorities vowed to disband as pressure mounted.

Anger turned into unrest, climaxing on October 20 when security forces shot at a crowd of a thousand demonstrators defying a curfew in the economic hub Lagos -- 12 were killed, according to Amnesty International.

READ: Outrage in South Africa over police brutality in Nigeria

Today, as a judicial panel launched by the authorities probes the bloodshed, the leaderless campaign is struggling to come to terms with events that have been both traumatic and historic.

Those who took part in the protests say that a page in history has been turned.

Nigeria -- the diverse home of more than 250 ethnic groups and 500 languages, different religions and cultures -- will never be the same, they contend.

Nigerians abroad also took part, organising their own protests in London, New York and Paris, helping to get support from Rihanna, Kanye West and other celebrities.

The Nigerian government has promised a string of reforms in response to the protests, including the disbanding of SARS.

But many young people doubt whether this will root out the country's notorious culture of corruption or usher in the deeper political change they crave.

"In terms of narrow goals, we received reports that members of the police unit are still operating so it's not clear if that was achieved," said Ikemesit Effiong, head of research at SBM Intelligence, a geopolitical consultancy in Nigeria.

"And in terms of wider police reforms, there is movement on part of the government, yes, but is Nigeria on the path of institutional reform? No."