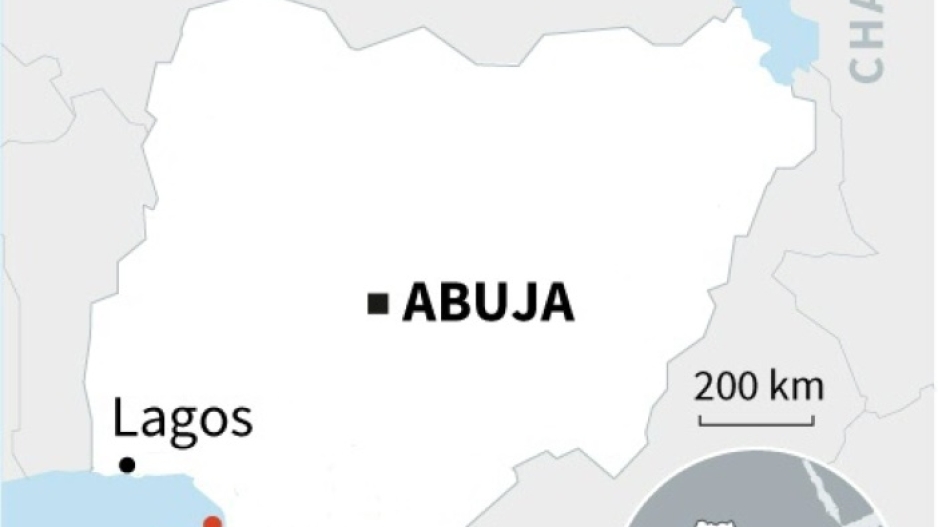 ABUJA - A blaze caused by an explosion on an oil ship that sparked fears of an environmental disaster off southern Nigeria has been brought under control, the government said Friday.

Despite being Africa's largest crude producer, accidents are frequent in Nigeria's oil and gas industry, although they usually occur on land.

"The fire was stopped last night," Idris Musa, director of the National Oil Spill Detection and Response Agency told AFP by phone, addingΩ that an investigation team was scheduled to deploy to the scene over the weekend.

Environment Minister Sharon Ikeazor described the incident as "worrisome" in a tweet, and said a cooperative of oil companies was responding at the scene "to protect (the) vulnerable ecosystem".

It was unclear how much oil was stored at the time of the explosion or whether any had started spilling into the water.

The vessel had a processing capacity of 22,000 barrels per day and a storage capacity of two million barrels, according to the company's website.

The vessel was located at the Ukpokiti Terminal, along the coast of the oil-rich Niger Delta region.

The United Nations' deputy secretary-general Amina Mohammed said the "tragic explosion" was "another disaster for the already fragile environment" of the Niger Delta.

"Ensuring a swift cleanup process is of utmost priority," she said on Twitter.

Its chief executive Ikemefuna Okafor said there were "no reported fatalities" though "there were 10 crewmen onboard the vessel prior to the incident".

The country's regulatory agency for upstream operations, NUPRC, said an explosion had led to a "major fire", and that it had "commenced investigations into the incident".

"The commission will take necessary measures to ensure that all safety and environmental measures... to safeguard lives and the environment are put in place," spokesman Paul Osu said.

Nigeria's navy also said that it had deployed to the scene.

Environmental activists yesterday were already worried about the potential impacts of the fire, after images published online showed thick black smoke billowing from what looked like a sinking ship engulfed by flames.

"There will definitely be a spill," said Mike Karikpo of Environmental Rights Action/Friends of the Environment, a local non-governmental organisation.

"This is a facility that handles over 20,000 barrels per day... the oil will reach the surrounding communities."