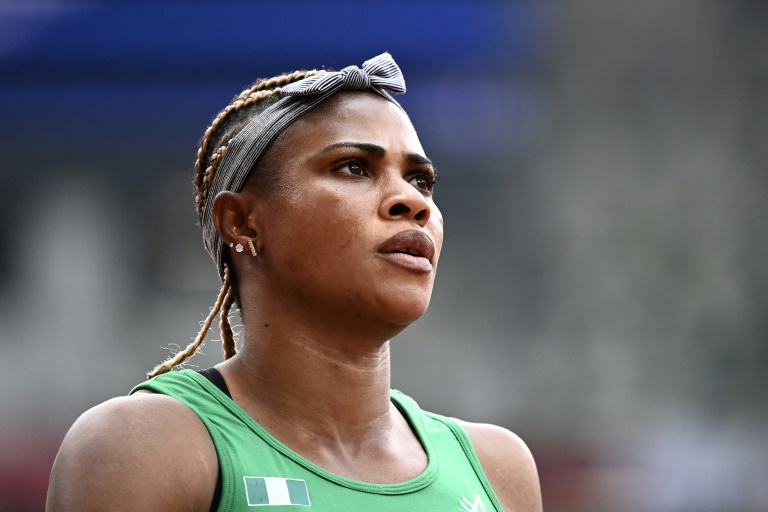 Out of Olympics: Nigeria's Blessing Okagbare

Okagbare, who was due to have run in the semi-finals of the women's 100m on Saturday, tested positive for human growth hormone.

Okagbare, 32, a silver medallist in the long jump at the 2008 Beijing Olympics, failed the test on July 19, four days before the Tokyo Olympics opening ceremony.

Odhiambo was to have lined up for the heats of the men's 100m but he has been suspended after testing positive for anabolic steroids, the International Testing Agency (ITA) said.

"The athlete... has been informed of the case and has been provisionally suspended until the resolution of the matter in line with World Anti-Doping Code and the IOC Anti-Doping Rules," the ITA said in a statement.

The 28-year-old Odhiambo, who has a best time of 10.05sec, has challenged the result and the case has been referred to the anti-doping division of the Lausanne-based Court of Arbitration for Sport.

Kenya is in category 'A' of the World Anti-Doping Agency watchlist of countries considered to be the highest doping risk and its athletes must undergo rigorous testing to be eligible to compete at the Olympics and world championships.

Kenyan sports principal secretary Joe Okudo said the ministry had received an official report about the adverse analytical findings on the samples collected from the athlete on July 28, while he was in the Olympic Village.

"The Ministry is still waiting  for the conclusion of an appeal filed by the athlete and underscores the Government's commitment in the fight against doping," Okudo said.

Doping has had a profound effect on Kenya's most successful sport with over 60 athletes suspended in the last five years for offences that include failures to declare their whereabouts to anti-doping testers.

Two runners who had failed to meet the requirements were left out of the Kenyan squad before their departure for Tokyo.