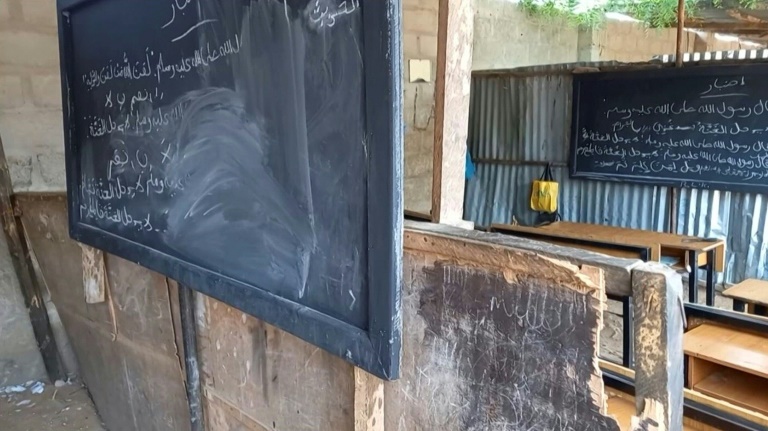 The attack on the Tegina seminary was one of a string of abductions at schools in Nigeria this year. AFP/

KANO - Fifteen Nigerian hostages have escaped from their abductors as they slept, weeks after they were among more than 130 pupils and teachers snatched by gunmen from an Islamic seminary, the school's headteacher told AFP.

On 30 May, around 200 motorcycle-riding gunmen from one of the gangs known locally as bandits stormed Tegina town in Niger state, abducting 136 pupils and some teachers, according to authorities.

Late on Saturday, 15 of the hostages slipped past the bandits guarding them in a house in a remote village in neighbouring Zamfara state while they were asleep, said Abubakar Alhassan, the headteacher of Salihu Tanko Islamic school where the hostages were taken.

"I can confirm that 15 of the hostages escaped from their captors," Alhassan told AFP.

"They escaped by sneaking out of the house where they were kept after the guards forgot to lock the door from outside," he said.

The escapees, nine boys and six girls, including a seven-year-old girl, trekked through the night to Birnin Gwari district in Kaduna state.

The 15 had been separated from the other hostages and taken across the border into Zamfara state where they were beaten.

"They were beaten and psychologically abused in the form of insults," Alhassan said.

"We believe their escape was a divine response to their abductors who told them to ask God to come and rescue them whenever they pleaded to be spared from the beatings and insults," he added.

All the escapees, including three teachers, were reunited with their families, he said, expressing hope the others would be freed soon.