Nigerians brace for lockdown as Africa tries to halt virus 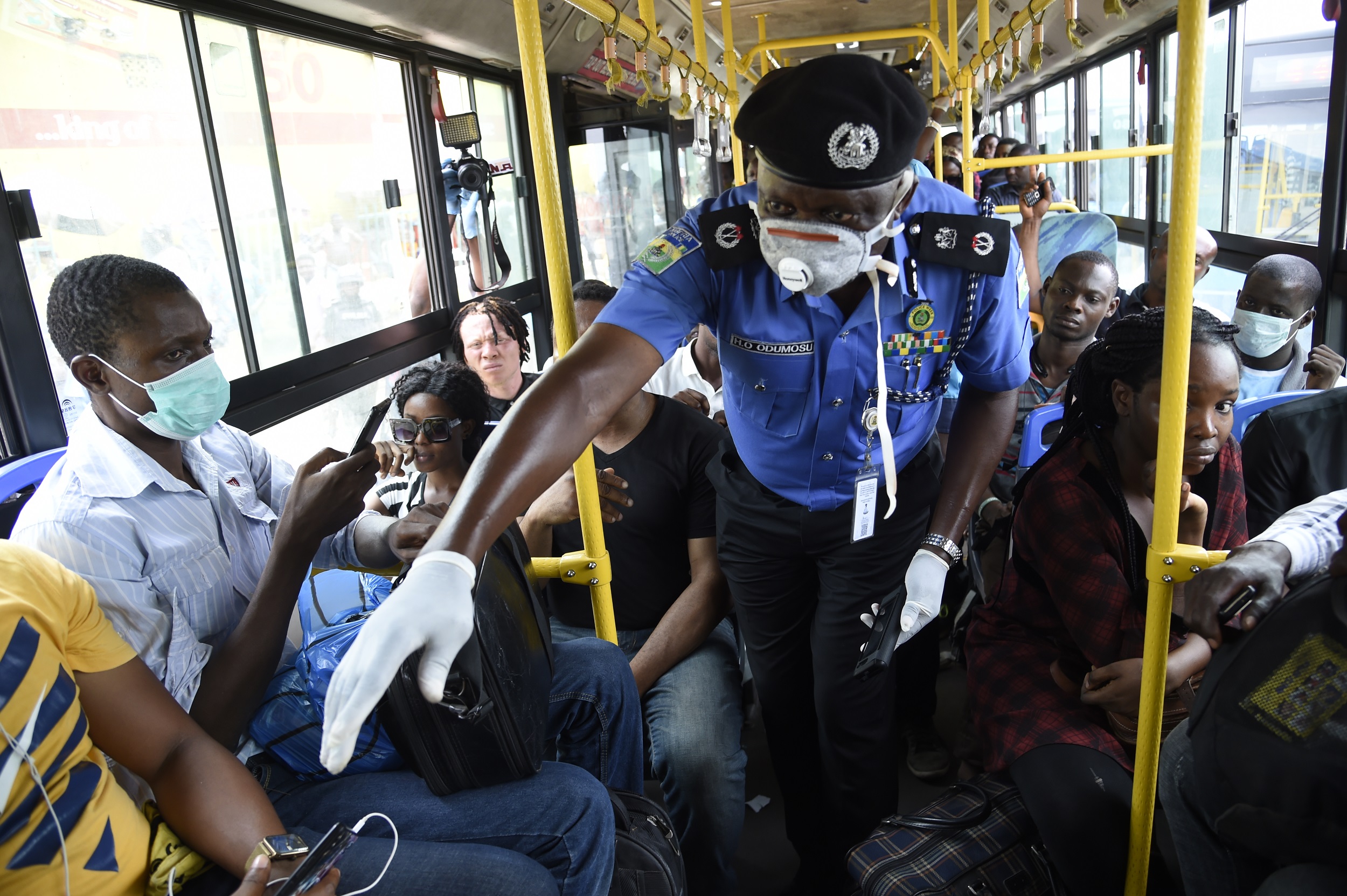 Lagos Commissioner of Police, Hakeem Odumosu (C), speaks to passengers to enforce social distancing in a bus as part of measures to curb the spread of the COVID-19.

LAGOS - Over 20 million Nigerians on Monday scrambled to prepare for lockdown in sub-Saharan Africa's biggest city Lagos and the capital Abuja, as the continent struggled to curb the spread of coronavirus.

President Muhammadu Buhari has ordered a two-week "cessation of all movements" in the key cities from 10pm in a bid to ward off an explosion of cases in Africa's most populous country.

Businesses are to be shuttered, non-food shops closed and people made to stay at home as the authorities look to track down possible carriers of the disease after reporting 111 confirmed cases and one death so far.

Enforcing the restrictions in sprawling megacity Lagos will be a mammoth challenge as millions live crammed into overcrowded slums and rely on their daily earnings to survive.

In the ramshackle outdoor markets of Lagos Island anxious locals complained they did not have the money to stock up, while at higher-end supermarkets better-off residents queued to buy supplies.

City authorities have pledged to provide basic provisions to some 200,000 households but the central government in Africa's biggest oil producer is already facing financial strain as the price of crude has collapsed.

Experts warn that Africa is highly vulnerable to the spread of the virus given the weak state of health systems across the continent.

The number of infections still lags far behind Europe but testing has been limited and the figures are growing rapidly.

Angola and Ivory Coast on Sunday became the latest countries to record their first deaths from the disease, bringing the number of fatalities on the continent to around 150 out of nearly 4,800 recorded cases.