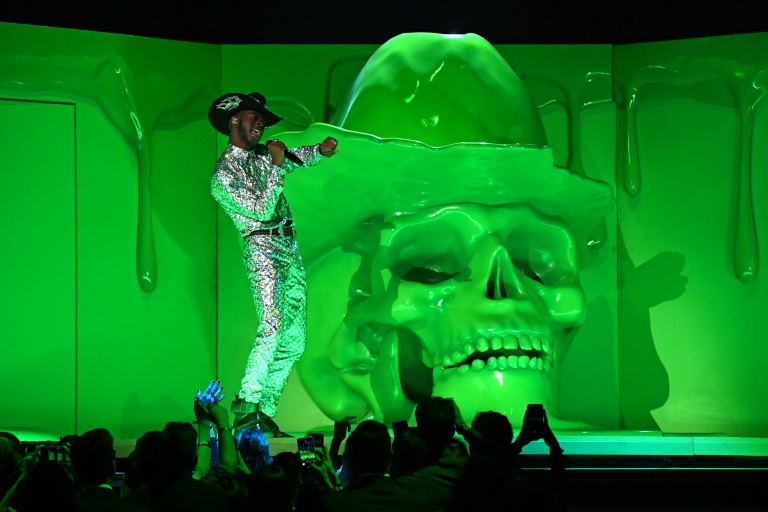 The company behind the "Satan Shoes" released in collaboration with rapper Lil Nas X has settled with Nike over the sneakers the corporate giant said were trademark infringement.

MSCHF, the Brooklyn studio that developed 666 pairs of customized Nike Air Max 97s -- complete with an apparent drop of human blood in the midsole -- issued a voluntary recall for the kicks.

In a Friday email the company offered a full refund of the original retail price and shipping costs to customers who purchased either the Satan Shoes or the previously released "Jesus Shoes" -- which contained holy water in the sole.

"We have agreed to settle the lawsuit," the MSCHF email read. "As part of the settlement, Nike has asked us, and we have agreed, to initiate a recall in order to remove the Satan Shoes and the Jesus Shoes from circulation."

"This is a voluntary recall: it is totally within your rights to choose whether to return your Satan Shoes or Jesus Shoes."

The Satan Shoes sold out almost instantly when they dropped late last month.

Their release triggered controversy from some American conservatives, especially those already incensed by artist Lil Nas X's lusty video for the song "Montero (Call Me By Your Name)" whose release was affiliated with the shoes.

Nike alleged in federal court documents that the sneakers prompted boycott calls against them from offended consumers, who erroneously associate the sneaker giant with the bloody soled-shoes due to their trademark swoosh symbol.

Details of the settlement beyond the recall were not disclosed.

"The parties are pleased to put this dispute behind them," a Nike spokesperson said in a statement.