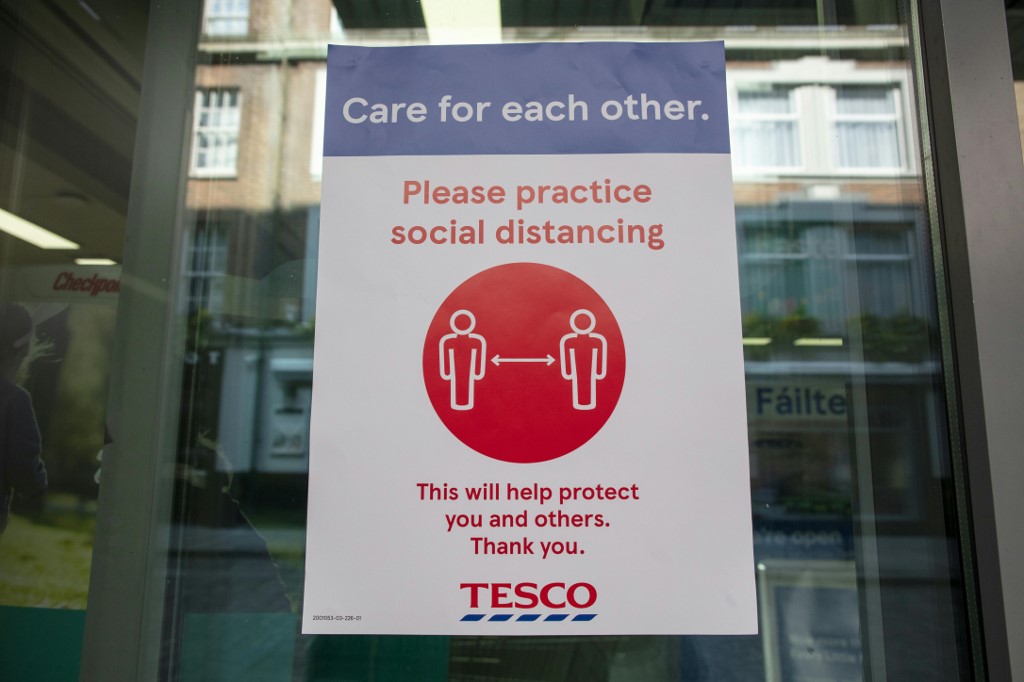 A sign outside a branch of a Tesco supermarket alerts customers for the need to obey social distancing measures, in Dublin, on March 25, 2020, after Ireland introduced measures to help slow the spread of the novel coronavirus.

DUBLIN - A Northern Ireland man has been charged with attempting to commit grievous bodily harm after claiming to have coronavirus and deliberately coughing on police officers, the police service said Thursday.

The man was held for common assault following a domestic incident in north Belfast on Wednesday, according to the Police Service of Northern Ireland (PSNI).

It is alleged he then told two arresting officers he had coronavirus before intentionally coughing over them.

"A 39-year-old man has been charged with common assault and two counts of attempting to commit grievous bodily harm," a PSNI spokesman said in a statement.

Coronavirus In SA: Spreading fake news could land you in jail

The man is due to appear at Belfast Magistrate's Court on the charges on Thursday.

On Wednesday, Ireland's health minister Simon Harris said he had been the victim of an apparent prank in Dublin where "a man and woman on the street" coughed at him and then "ran off laughing".

"There's absolutely nothing amusing about it -- it's quite pathetic," he remarked of the incident said to have happened Tuesday.

Harris said there seemed to be a "social media game" entailing videoing such acts.

He added that it would be dealt with using "the full vigours of all of the powers that the state has".