No play before lunch on fourth day of Pakistan-Australia Test 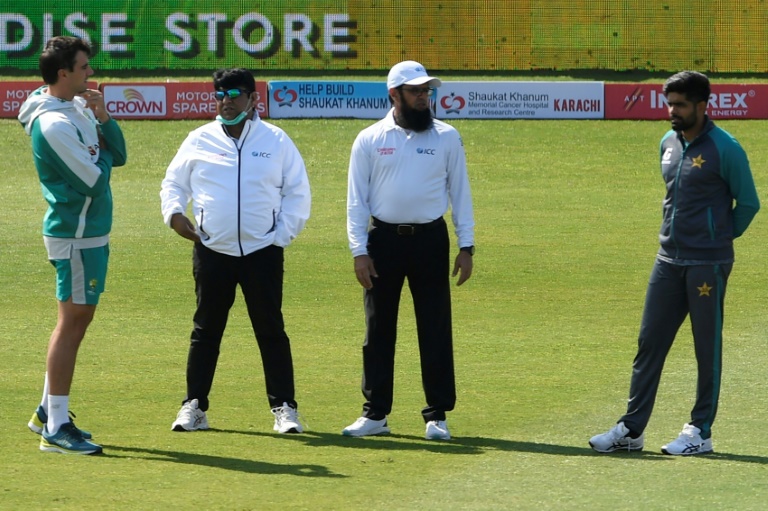 RAWALPINDI - A wet outfield meant there was no play possible before lunch on the fourth day of the first Test between Pakistan and Australia in Rawalpindi on Monday.

Australia were 271-2 in their first innings when rain stopped play Sunday with 21 overs remaining.

With water still visible on parts of the Rawalpindi Cricket Stadium outfield, umpires Aleem Dar and Ahsan Raza said they would inspect again at 12:15pm (0715 GMT) to determine if play could resume.

Marnus Labuschagne was on 69 and Steve Smith 24 with the tourists trailing Pakistan's 476-4 declared by 205 runs.

Australia are on their first tour to Pakistan since 1998, having previously refused to tour the country over security fears.dh

The second Test of the series is in Karachi from March 12-16 and the third in Lahore from March 21-25.