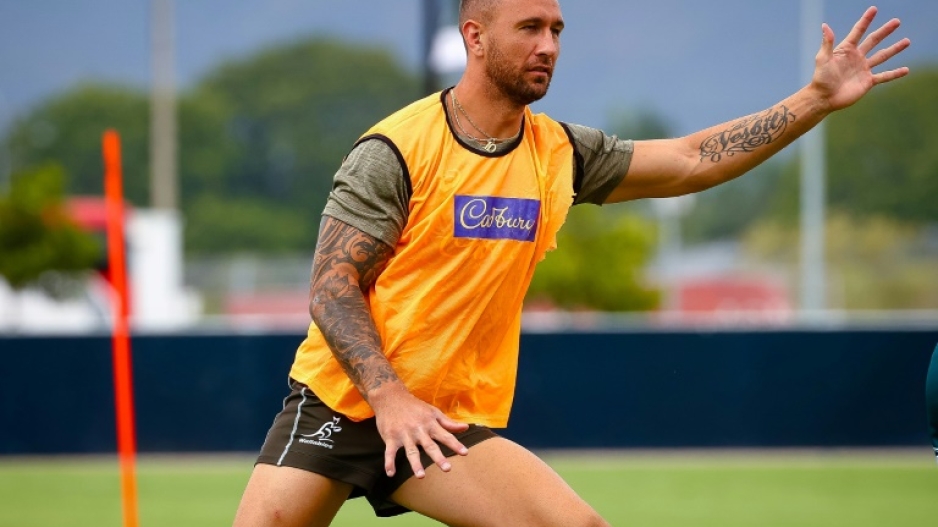 Wallabies veteran Quade Cooper insisted Monday he has no regrets about giving tips to young England playmaker Marcus Smith ahead of their three-Test series, saying it was for the good of rugby.

The pair are set to line up opposite each other in the opening clash at Perth on Saturday, but they don't appear to be bitter rivals.

Smith, 23, recently revealed they connected over social media and Australia's Cooper, 11 years his senior, "taught me a few things".

That included sharing the way he analysed opposition and dealt with mistakes mid-game.

Cooper, who has won 75 caps, said he had no problems spilling his secrets to the opposition.

"We're all here to help each other grow, we play a sport that is a competitive sport, but at the end of the day we play the same sport," the seasoned fly-half told reporters.

"We want the sport to flourish, we want our peers to flourish as well.

"So if I can help someone progress, or someone can help me progress, those are the kind of friendships and relationships and people I want to be around," he added.

Japan-based Cooper is in a three-way tussle with James O'Connor and Noah Lolesio to wear the Wallabies No.10 jersey on Saturday.

But Cooper is seen as favourite after being recalled last year by coach Dave Rennie from years in the international wilderness, helping the Wallabies to a string of wins.

It was current England coach Eddie Jones who first recognised Cooper's ability, mentoring him in his first year at the Queensland Reds in 2007.

Cooper said he was looking forward to catching up with the Australian.

"I have nothing but respect and gratitude to Eddie, especially for the way that he brought us through," he said.

"Myself and Will (Genia) we always talk about it, is that when we came through we were 17, 18 and just thrown straight into Super Rugby.

"Eddie saw something in us that he thought was worth pushing and pushed a few buttons to try and get us there."