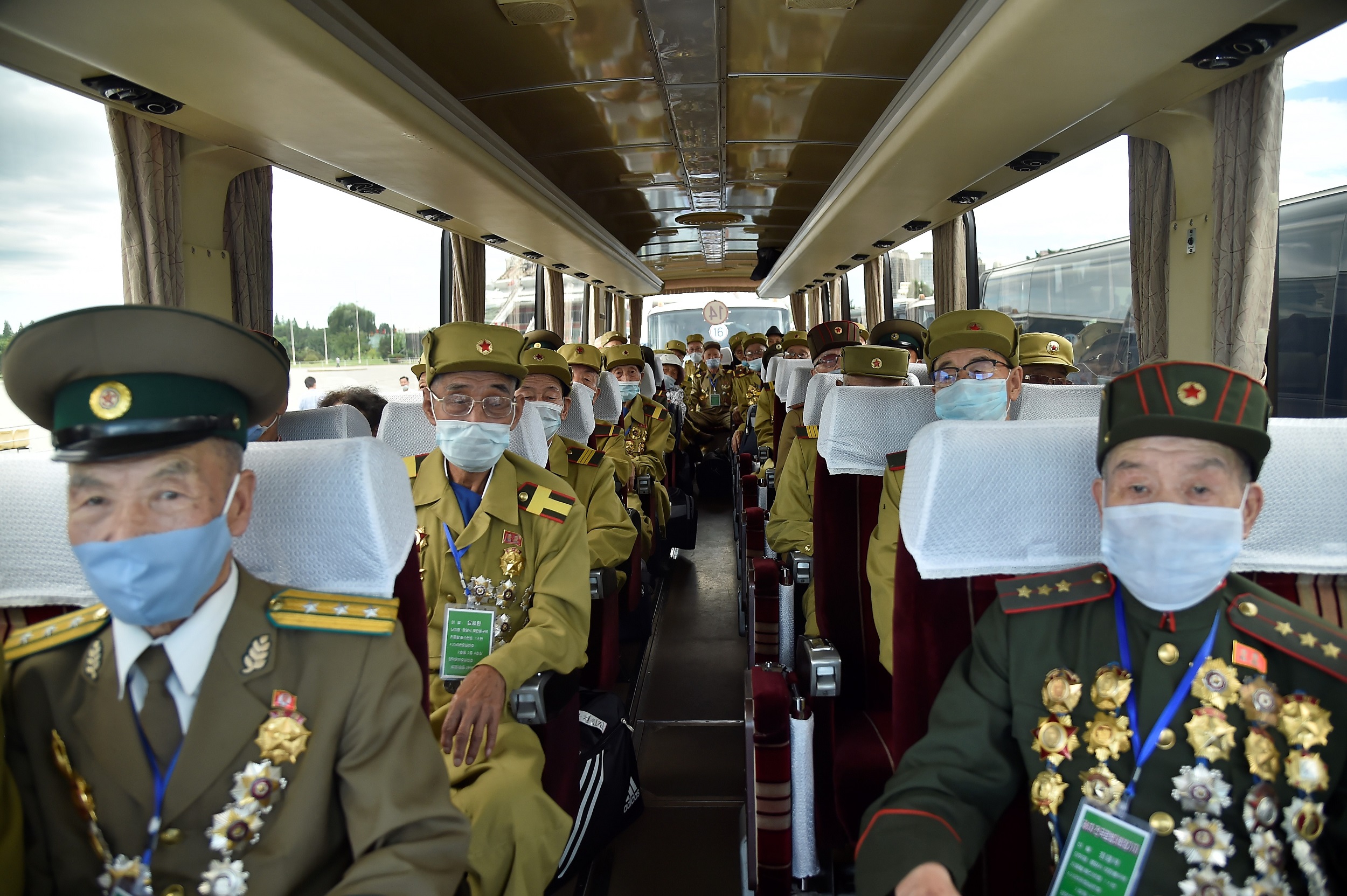 Korean war veteran delegates of the Korean People's Army (KPA) sit on a bus as they arrive to attend the 6th National Conference of War Veterans in Pyongyang.

SEOUL - North Korea declared its first suspected coronavirus case on Sunday, becoming one of the last countries to do so as the number of people infected worldwide passed 16 million.

The isolated, impoverished state had until now insisted it had not detected a single COVID-19 case -- even as the pandemic swept the planet, overwhelming health systems and trashing the global economy.

At least 645,000 people around the world have succumbed to the respiratory disease, with North Korean arch-rival the United States the worst-hit country by far.

"The vicious virus could be said to have entered the country," leader Kim Jong Un said, according to the official KCNA news agency.

Authorities locked down the city of Kaesong, near the frontier with South Korea, as state media said a defector who left for the South three years ago had returned and was suspected to be infected with the coronavirus.

But experts believe the contagion is likely to have already entered North Korea from neighbouring China, where the new disease emerged late last year.

The pandemic's spread is still accelerating, with more than five million cases declared since July -- a third of the total number of cases since the catastrophe began.