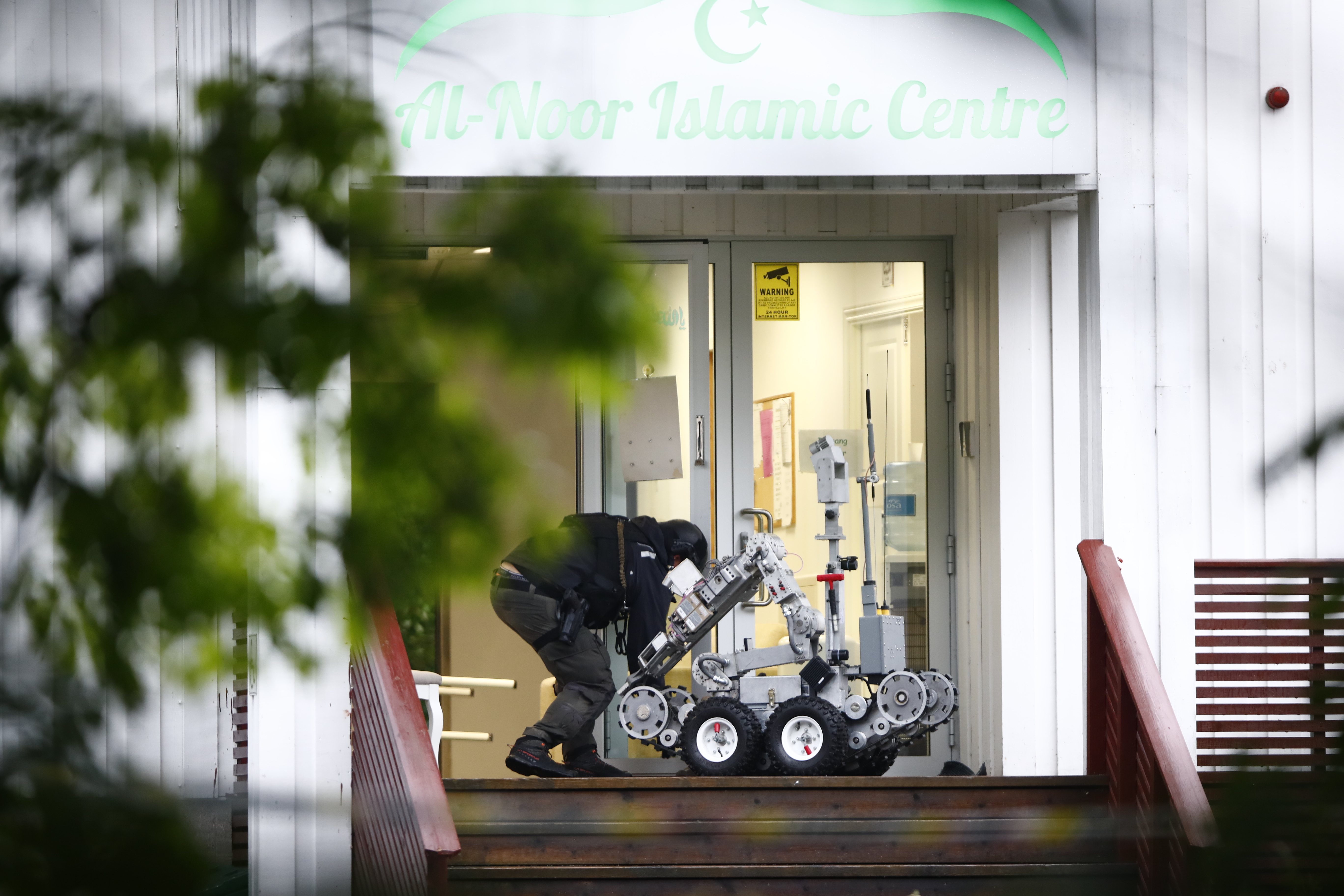 A Norwegian police expert manipulates a robot in front of the al-Noor islamic center mosque where a gunman, armed with multiple weapons, went on a shooting spree in the town of Baerum, an Oslo suburb on August 10, 2019.

OSLO - The shooting at a mosque near Oslo is being treated as an "attempted act of terror", Norwegian police said Sunday, with the suspect appearing to harbour far-right, anti-immigrant views.

"We are looking at an attempted act of terror," acting chief of the police operation Rune Skjold told a press conference after Saturday's incident left one man injured.

Skjold said the investigation had shown that the man appeared to hold "far-right" and "anti-immigrant" views.

The suspect, armed with multiple weapons, opened fire in the mosque in Baerum, a suburb of Oslo, on Saturday afternoon, before being overpowered by a man who suffered "minor injuries" in the process.

Hours after the attack, the body of a young woman related to the suspect was found in a home also in  Baerum.

Police said earlier Sunday they had tried to question the suspect, described as a "young man" with a "Norwegian background" who was living in the vicinity but he did not want to "give an explanation to police".