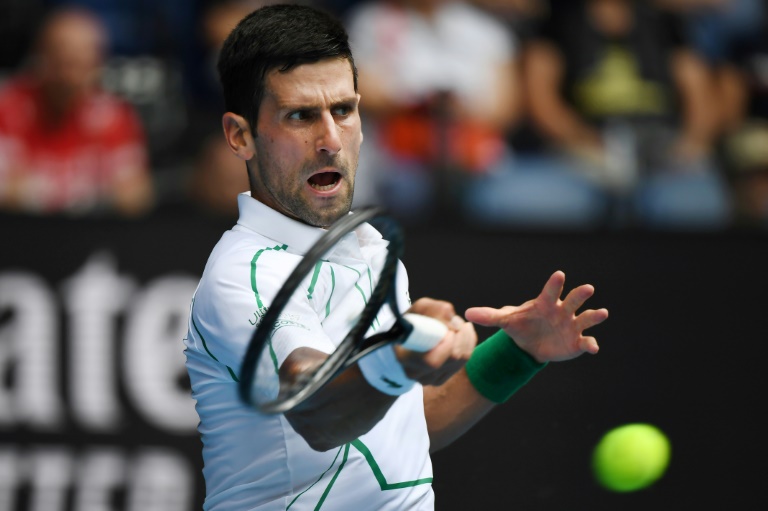 MELBOURNE - World number one Novak Djokovic had his Australian visa cancelled for a second time Friday over his COVID-19 vaccine status.

The 34-year-old won a court appeal Monday and was back in training as the Australian government decided on its next steps, but his bid to defend his Australian Open title and win a record 21st Grand Slam title is now in serious peril.

AFP looks at how the drama, which has reverberated around the world, has unfolded:

-- Djokovic says he is heading to the Australian Open to defend his title after being granted a medical exemption to play.

All participants at the Australian Open, which starts on January 17, need to be vaccinated against Covid-19 or have a medical exemption, assessed by an independent panel of experts.

His participation at the opening Grand Slam of the year at Melbourne Park had been the subject of intense speculation for months.

"I'm heading Down Under with an exemption permission. Let's go 2022!" the nine-time Australian Open winner says on Instagram.

-- Australian Open tournament chief Craig Tiley says 26 players or their support staff from the 3,000 or so travelling had asked for an exemption, but only a few were successful.

-- Stephen Parnis, a former Australian Medical Association vice-president, says it sent an "appalling message" to people trying to stop the spread of Covid-19.

"I don't care how good a tennis player he is. If he's refusing to get vaccinated, he shouldn't be allowed in," Parnis says on Twitter.

-- Australia says it has cancelled the entry visa of Djokovic on his arrival in Melbourne after quizzing Djokovic during the early hours.

"I am not vaccinated," Djokovic tells Australian border control, according to a transcript released by the federal court on Monday.

The Serbian ace had repeatedly refused to confirm in public if he had been inoculated.

"Mr Djokovic failed to provide appropriate evidence to meet the entry requirements to Australia, and his visa has been subsequently cancelled," the Australian Border Force says in a statement.

-- Djokovic is moved to an immigration detention centre while his lawyers lodge an appeal.

-- The incident sparks an immediate spat. Serbia President Aleksandar Vucic says he spoke with Djokovic over the phone and told him that "the whole of Serbia is with him and that our authorities are undertaking all measures in order that maltreatment of the world's best tennis player ends as soon as possible".

The player's father Srdjan says his son was "held captive for five hours".

"Jesus was crucified and endured many things but is still alive among us," he says on Orthodox Christmas Eve. "Novak is also crucified... the best sportsman and man in the world. He will endure."

-- However, Djokovic's long-time rival and fellow 20-time major winner Rafael Nadal says: "He made his own decisions and everybody is free to take their own decisions, but then there are some consequences." 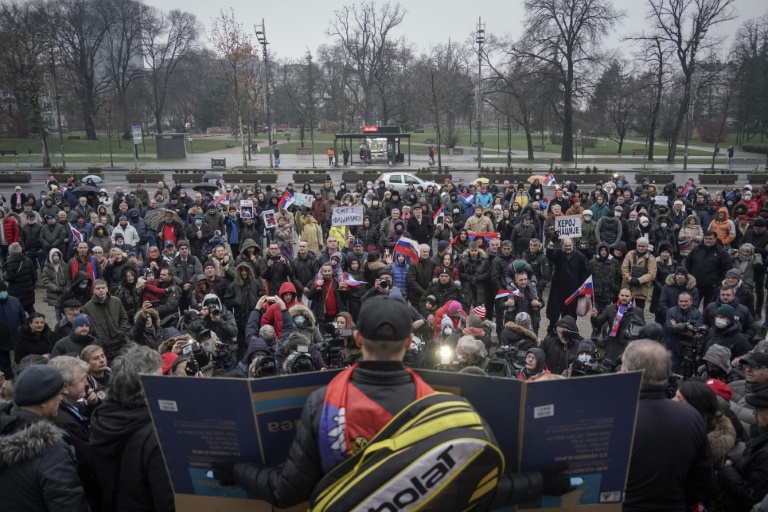 Popular support: People protest in Belgrade against Australia's decision to revoke Djokovic's visa, on his arrival in Melbourne.

-- Djokovic thanks fans for their support. "Thank you to people around the world for your continuous support. I can feel it and it is greatly appreciated," he writes on Instagram.

-- Czech doubles player Renata Voracova, who also entered on an exemption as she had recently recovered from Covid, ends up in the same detention facility as Djokovic.

The 38-year-old tells Czech media the centre "is like a prison" with guards on every floor.

-- Djokovic was given a Covid-19 vaccine exemption because he tested positive for the virus on December 16, his lawyers say in a 32-page court filing.

However, it is then claimed that Djokovic was at a young players event in Belgrade the following day without a mask.

The Belgrade tennis federation, in a Facebook post after the December 17 ceremony, reports that Djokovic had handed over cups and awards to the best young players of 2021.

-- His lawyers also claim that he was held at Melbourne airport on his arrival for eight hours, mostly incommunicado.

-- Australia's government in court filings says Djokovic is not vaccinated against Covid-19 and his legal battle to stay in the country should be dismissed.

-- Government lawyers reject a separate argument that Djokovic was treated unfairly because he was pressured into letting a border agent take a decision on his visa without giving him extra time to rest and consult his lawyers.

-- Djokovic's appeal hearing opens, but is repeatedly delayed by glitches as the court's online system crashes due to a surge of worldwide interest.

-- After several delays and arguments made by Djokovic's legal team and Canberra's lawyers the world number one wins a stunning victory over the Australian government.

The judge orders that he "be released immediately and forthwith from immigration detention".

-- The presiding judge overturns the cancellation of the unvaccinated star's visa, ending his detention.

The government concedes that the way it conducted the airport interview was "unreasonable" because the player was not given the chance to reply fully before his visa was torn up.

Had Djokovic been given until 8:30 am to respond as first promised, the judge says, "he could have consulted others and made submissions to the delegate about why his visa should not be cancelled."

-- A government lawyer says Immigration Minister Alex Hawke may decide to use his "personal power of cancellation" to intervene in the case despite the legal victory.

-- Djokovic releases a statement, saying he wants to stay in Melbourne and compete in the Australian Open.

"I remain focused on that. I flew here to play at one of the most important events we have in front of the amazing fans," Djokovic said on Instagram.

-- Djokovic trains at the Australian Open venue after his release.

-- Djokovic's mother Dijana says he probably "did not know" about his positive Covid test when he mixed with the public in Serbia without a mask in December.

-- Djokovic releases another statement, admitting "errors" in his travel papers and in his behaviour after a claimed coronavirus infection.

He says his team had offered fresh information to the Australian government, which was still pondering whether to cancel his visa again and throw him out of the country.

-- Australian PM Scott Morrison holds a press conference, saying no decision has yet been made on Djokovic's visa.

-- Djokovic is drawn in the Australian Open first round against Serbian compatriot Miomir Kecmanovic as uncertainty remains over his participation.

-- World number four Stefanos Tsitsipas says Djokovic put the Australian Open at risk and made other players "look like fools".

-- Ahead of a decision, Australian Finance Minister Simon Birmingham says the country only lets in foreign nationals who are fully vaccinated against Covid-19 or have an acceptable medical exemption.

"That policy has not changed and we will continue to apply that policy rigorously," Birmingham tells national broadcaster ABC.

-- Djokovic trains again at the Australian Open courts as he awaits a decision.

Immigration Minister Alex Hawke says he acted on "health and good order grounds on the basis that it was in the public interest to do so".

The cancellation means Djokovic could be barred from a new Australian visa for three years, except under certain circumstances.

Morrison says the visa cancellation protected the "sacrifices" of the Australian people.