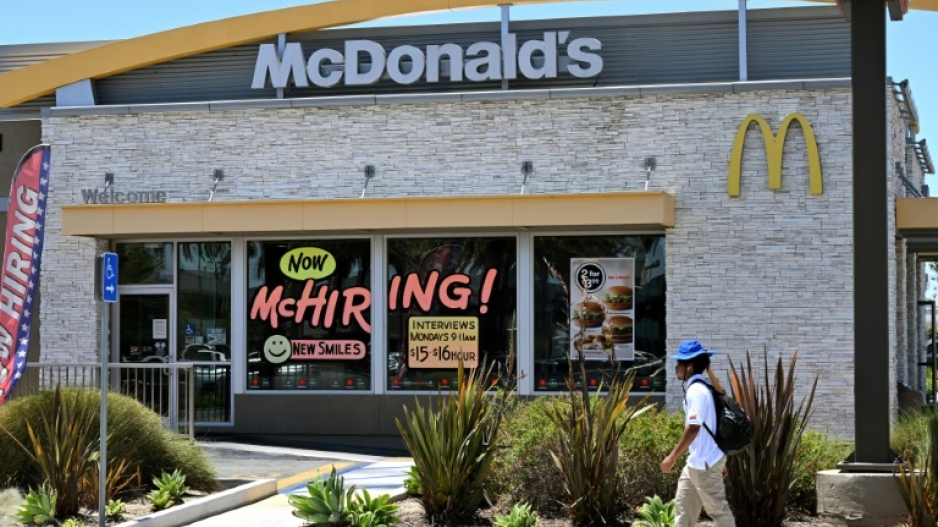 A McDonald's restaurant in Garden Grove, California, seen on July 8, 2022, with a big 'Now McHIRING!' sign in the window

WASHINGTON - Salespeople, food servers, postal workers --  "Help Wanted" ads are proliferating across the United States, as companies struggle to deal with a worker shortage caused by the pandemic, a rash of early retirements and restrictive immigration laws.

More than 10 million openings went unfilled in June, according to government data, while fewer than six million people were seeking work, even as employers desperately try to boost hiring amid a frenzy of consumer spending.

"We have a  lot of  jobs, but  not enough workers to fill them," the US Chamber of Commerce, which represents American companies, said in a statement.

Many of those who stopped working as Covid-19 first ravaged the US economy in early 2020 have never returned.

"There would be 3.4 million more workers today if labor force participation" -- the percentage of the working-age population currently employed or actively seeking work -- was at the pre-pandemic rate, the Chamber calculated. It has slipped from 63.4 percent to 62.1 percent.

And where have all these people gone? Many simply took early retirement.

"Part of that is just the US population continues to age," Nick Bunker, a labor-market specialist with jobs website Indeed, told AFP.

The huge cohort of "baby boomers" had already begun leaving the labor market, but there has been an "acceleration in retirements" since the pandemic struck, Diane Swonk, chief economist at KPMG, told AFP.

Millions of people opted for early retirement, concerned for their health and with sufficient assets -- thanks to a then-buoyant stock market and high real-estate prices -- to leave the workplace.

In the short term, Bunker said, "We're unlikely to get back to exactly the pre-pandemic level of labor-force participation because of the aging of the population."

Adding to this, said Swonk, "We haven't had immigration at the pace to replace the baby boomers."

Restrictions imposed under president Donald Trump, plus the impact of Covid, steeply reduced the number of foreigners entering the country.

"It has rebounded a little bit, but still not at the levels we were seeing several years ago," Bunker said.

The Chamber of Commerce also underscored the impact of generous government assistance during the pandemic, which "bolstered people's economic stability -- allowing them to continue sitting out of the labor force."

Large numbers of women quit their jobs in 2020, in part because extended school closings required many to stay home to care for children.

Those who wanted to place children in day care were often frustrated, as labor shortages hit the day care sector as well.

Swonk noted that not only Covid infections but also the debilitating effects of long Covid have had a serious impact.

It's "really one of the most underestimated and misunderstood issues" keeping workers sidelined, she said.

To lure workers back, many employers have boosted pay and benefits.

The labor shortage is expected to ease a bit as the Federal Reserve continues aggressively raising interest rates in its effort to combat inflation. 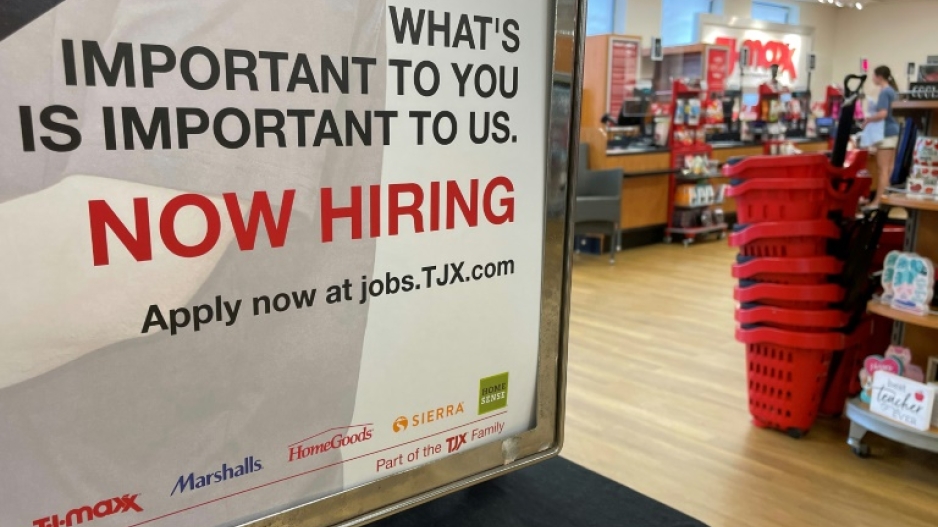 In the meantime, wage earners have profited. Over the past year, millions have changed jobs, often lured elsewhere by higher wages and better working conditions.

This "Great Resignation" has resulted in higher hourly wages. The private sector average is now $32.27, up 5.2 percent in a year, adding to inflationary pressures.

The US labor market showed new signs of vitality in July.

The 22 million jobs lost due to Covid-19 have returned, and the unemployment rate is a historically low 3.5 percent.