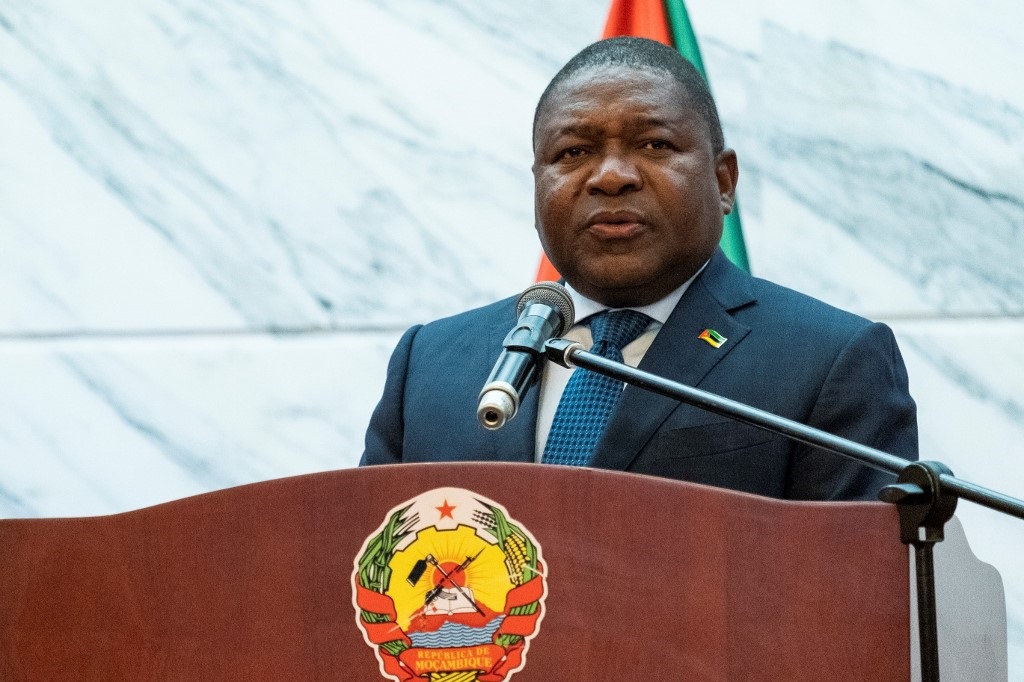 MAPUTO - Incumbent President Filipe Nyusi was declared the landslide winner in Mozambique's election this month, despite claims of widespread cheating, the electoral commission announced on Sunday.

Renamo protested the outcome, saying the ballot was tainted by "massive electoral fraud".

Nyusi had been widely predicted to win based on unofficial results from the October 15 vote, and Frelimo had already organised victory celebrations in the capital on Sunday.

After thanking voters for believing in him and the Frelimo party, Nyusi reached out to his rivals to work together.

"I want to express my respect to the opposition parties and give my hand to my Brothers Ossufo Momade, Daviz Simango and Mario Albino," Nyusi told supporters at a Frelimo conference centre in Matola, a suburb of the capital Maputo.

"We must work together to develop our country," Nyusi said.

Frelimo won 184 parliamentary seats, a major jump from the 144 achieved in the 2014 polls.

Conversely, the largest opposition lost 29 seats compared with the 89 it attained previously.

Just over 50-percent of the 13-million registered voters cast their ballots.

The polls marked the first time Mozambicans elected provincial governors, who were previously appointed by the government.

Nyusi, 60, became Mozambique's first president not born in the south when he took over from Armando Guebuza in 2015.

Frelimo, which has ruled since Mozambique gained independence from Portugal in 1975, took a popularity hit when it was revealed the government had secretly borrowed $2 billion (1.8 billion euros), sparking one of Mozambique's worst financial crises.

Nyusi's second term will see prosecutions in the "hidden debt" scandal, which has scared away donors and investors.

Nyusi, while battling an Islamist insurgency, is tasked with maintaining the peace mandated by an accord reached in August.

The long-awaited deal turned the page on decades of conflict and disarmed Renamo's armed wing.

Renamo called for fresh elections last week, accusing the government of breaching the peace deal by using violence and intimidation on voting day.

Mozambican civil society and international observers have flagged numerous alleged attempts to stuff ballot boxes and chase away election monitors, as well as hundreds of thousands of so-called "ghost voters" on the electoral roll.

The Electoral Institute for Sustainable Democracy in Africa (EISA) said it was regrettable that irregularities in voter registration had not been addressed before the vote.

The election campaign was one of the most violent in the country's history, with at least 10 people killed in the run-up to the polls, according to a local observer mission.

Among the killings was the murder of a prominent election observer -- suspected to have been carried out by a special police unit -- and that of the Renamo Women's League leader, whose bullet-ridden body was found with her husband's in the western province of Tete.

Frelimo has hailed the elections as free and fair, while observers from the Southern African Development Community (SADC) also approved of the election, saying the run-up to the vote and the balloting itself were "generally peaceful and conducted in an orderly manner".

Despite numerous opposition party complaints, SADC observers have endorsed elections in Malawi, Zimbabwe and Botswana in recent months, declaring them all to be free and fair.

Mozambique is still picking up the pieces after Cyclone Idai decimated the second city of Beira in March, displacing nearly two million people.

On the plus side, Nyusi will preside over an oil boom in the north of the former Portuguese colony.