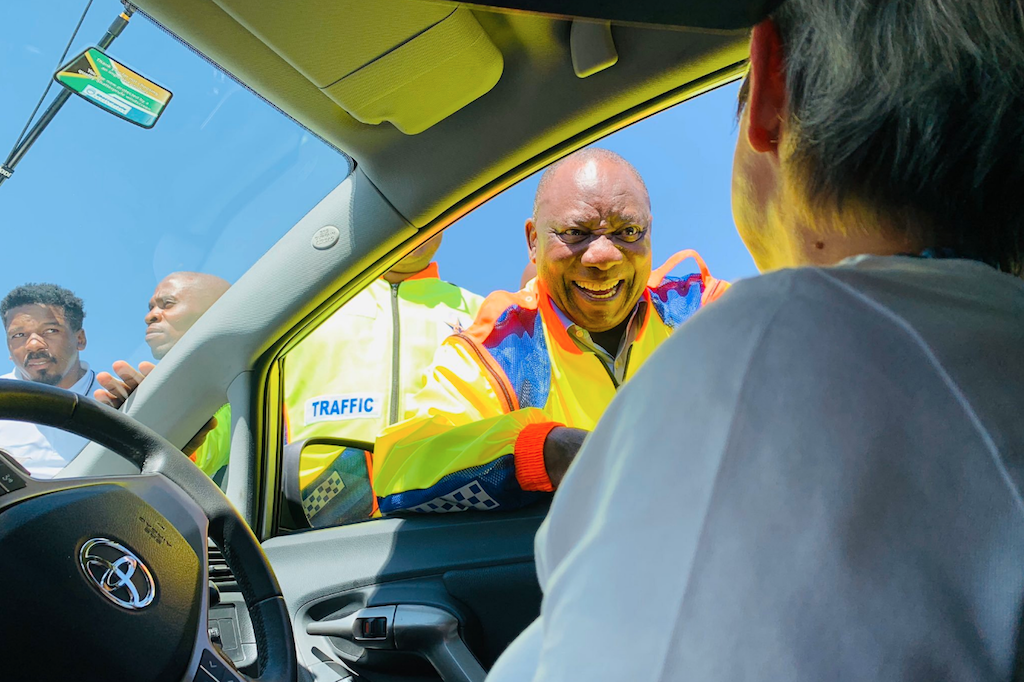 President Cyril Ramaphosa interacts with motorists during the launch of  October Transport Month in Gauteng.

The new programme will focus on improving road safety through a 365- day road safety agenda to transform road user behaviour.

“It is up to each of us not to drink and drive. Ever. There should be no need for families to plant crosses and place flowers along our sidewalks and roadsides,” said Ramaphosa.

“It pains me that our country continues to experience around 14,000 road deaths a year,” he added.

Ramaphosa announced the Administrative Adjudication of Road Traffic Offences Act that he signed into law earlier this year.

“We intend to open a major social dialogue about funding our transport ...but it’s not enough, we need to expand that. We need to move people from the roads to rail...must be efficient and safer.”