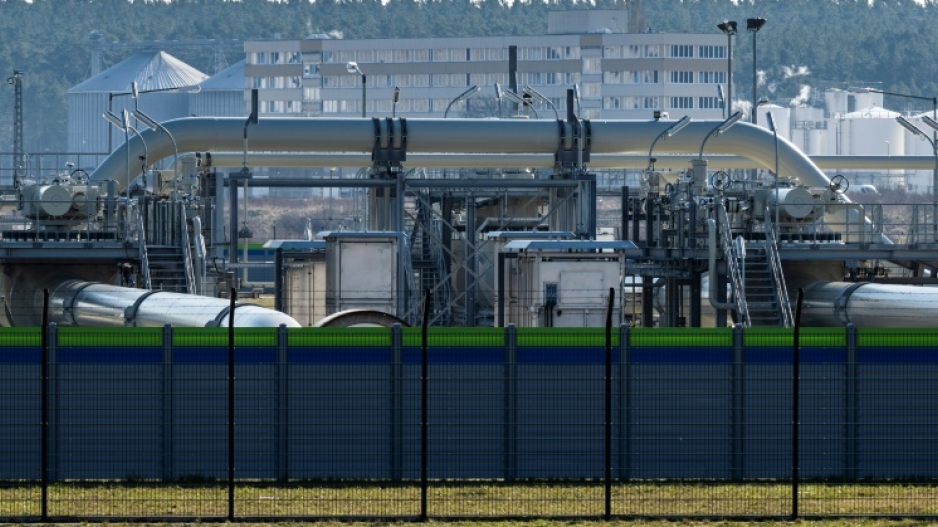 "The reason for the upswing is news that the EU appears to be considering a ban on oil imports from Russia."

EU foreign ministers gathered Monday to discuss adding sanctions on Moscow, with a raft of countries pressing for a ban on Russian energy. Germany, however, is reluctant as it relies on Russian gas.

Kremlin spokesman Dmitry Peskov warned that an oil embargo "is a decision that will hit everyone".

Drone and missile strikes by Yemen's Iran-backed Huthi rebels at the weekend caused no reported casualties.

The drone assault on the YASREF refinery in Yanbu Industrial City on the Red Sea "led to a temporary reduction in the refinery's production, which will be compensated for from the inventory," the Saudi energy ministry said.

The Saudi-led military coalition that backs Yemen's government said it intercepted and destroyed ballistic missiles and drones launched towards Jizan and other areas in the kingdom, causing "damage" to several sites.

"As war rages in Ukraine, another protracted conflict is also adding to the nervousness around the oil price after Huthi rebels attacked a refinery in Saudi Arabia," said Susannah Streeter, senior investment and markets analyst at Hargreaves Lansdown.

"It's officially a temporary outage but still has undermined the effect of Saudi Aramco's pledge to ramp up production in coming years."

Saudi Aramco on Sunday reported a 124-percent surge in annual net profit owing to soaring oil prices that is fuelling inflation worldwide, in turn pushing central banks to raise interest rates that could hinder the economy's growth recovery according to experts.

Elsewhere on Monday, European and Asian stock markets were steadier after recent sharp swings, "not because views on geopolitical or policy/rates risk have improved but because price action shows a market more tolerant of those challenges", said Stephen Innes of SPI Asset Management.