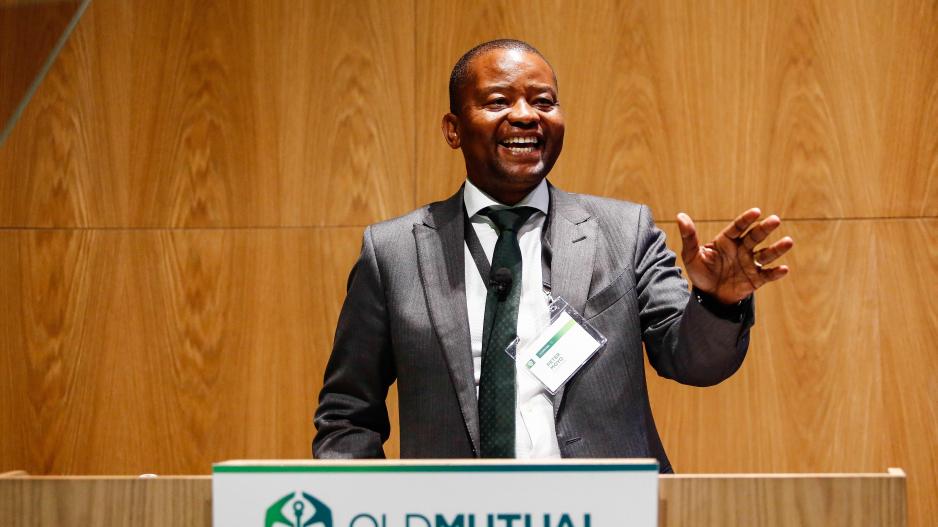 UPDATE: This article has been updated with comment from Old Mutual.

JOHANNESBURG - The lawyer representing embattled Old Mutual CEO Peter Moyo is accusing the insurer of preventing his client from performing his duties.

On Friday, the South Gauteng High Court dismissed Old Mutual’s application to stop Moyo from returning to work until its appeal process is concluded.

READ: Peter Moyo gets the chop for second time

Moyo's lawyer Eric Mabuza says, "When we arrived, they pulled us to a boardroom to tell us that we are not authorised to be here.

"Once again it is déjà vu. They are again preventing Mr Moyo from taking over his duties as a CEO.

"We have now asked Old Mutual to produce legal authority which bars Mr Moyo from ... taking over his duties. They have gone to seek ... that authority."

Moyo was fired in June, after his suspension in May. At the time Old Mutual claimed there was a conflict of interest and breakdown in trust.

He owns 25 percent of a company called NMT, which he co-founded, while Old Mutual owns 20 percent of NMT.

Old Mutual's board cited NMT’s breach of dividend payments as the reason for their problem with Moyo.

It appears that Moyo was paid dividends of R31-million, while Old Mutual was still owed payouts from NMT.

But Moyo has, in turn, argued his "deteriorating" relationship with Old Mutual chairman Trevor Manuel was central to his dismissal.

Old Mutual responded to Monday morning's events by saying it had met with Moyo and his legal team to explain he would not be returning to work, "because further notice of termination given on August 21 stands and Old Mutual's contractual rights remain intact".

"It must be noted the validity of this letter was not before the Gauteng Local Division of the High Court last week Friday when the court heard an application brought by Mr Moyo in terms of Rule 6(5)(e) for leave to introduce further evidence and for further declaratory relief. Judgement on Friday’s matter has, in any event, been reserved and is likely only in about two weeks.

The company said that despite the High Court dismissing Old Mutual's application to suspend the reinstatement order pending an appeal, Old Mutual was at the same time granted leave to appeal the first judgment. It said it was confident another court would come to a different conclusion.

"This is borne out by the fact that Judge Mashile in granting OM leave to appeal observed that 'the current position is that the relationship between the parties is unwholesome.  The nature of that relationship would potentially have a serious, immediate, ongoing and irreparable damage in weight on the management of (Old Mutual)'."

Old Mutual said it would be filing the appropriate appeal papers in the next few days and would advise when the company has been granted a date for the hearing and which court would hear it.

"Old Mutual representatives have the full authority of the Board to enforce the second notice of termination and take all the related steps", the statement concluded.