Olympic stars to watch in Tokyo 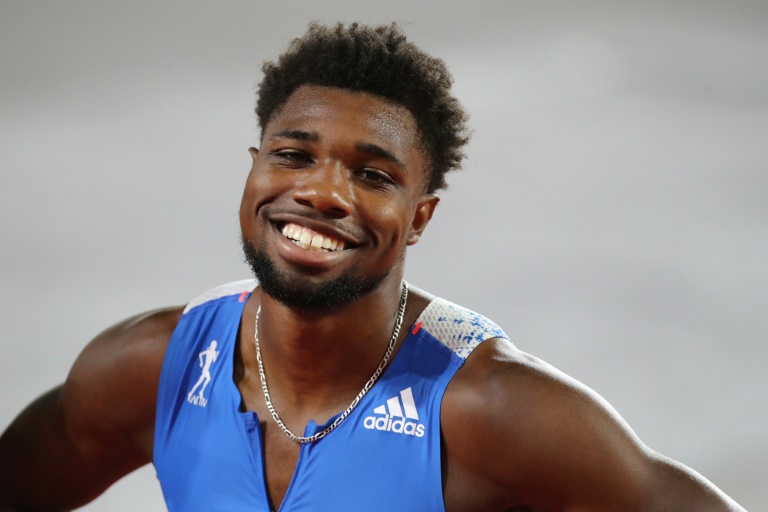 Noah Lyles will attempt an Olympic sprint double, providing he qualifies in the US trials

TOKYO - How ready are the biggest stars for the rescheduled Tokyo Olympics, which will finally begin in July, a year later than planned after the Covid-19 pandemic forced their postponement?

The delay has tested the preparations of multiple medal winners, forcing them to adapt their training and depriving them of high-level competition.

AFP Sport looks at the state of readiness of established Olympic medal winners and potential medallists:

Noah Lyles will attempt to become the first American sprinter since Carl Lewis to complete the 100m and 200m Olympic double in Tokyo.

The charismatic 23-year-old has already established himself as the leading 200m runner in the world following the 2017 retirement of Usain Bolt, winning gold at the 2019 world championships in Doha.

The odds on him adding an Olympic 100m gold to his resume shortened after a doping ban against main rival Christian Coleman, the reigning 100m world champion, who will now miss the Tokyo Games.

Lyles has faced challenges off the track during the past year, revealing in August that he was taking medication for depression which he says worsened during the tumult of the Black Lives Matter protests and confinement due to the pandemic.

Lyles' training regime was also thrown into disarray in the early stages of Covid-19, with running tracks and gyms closed. Lyles, who trains with his brother Josephus in Florida, was left working out in parking lots and on soccer fields, practising shorter more technical speed drills over 30m, 50m and 70m under the eye of coach Lance Brauman.

Lyles, who suffers from asthma, says he plans to race mostly within the United States rather than in Europe during the lead-in to Tokyo.

Japanese gymnastics great Kohei Uchimura has been forced to downsize his ambitions for this summer’s Tokyo Games, but he is still looking to add more gold to his sizeable collection. 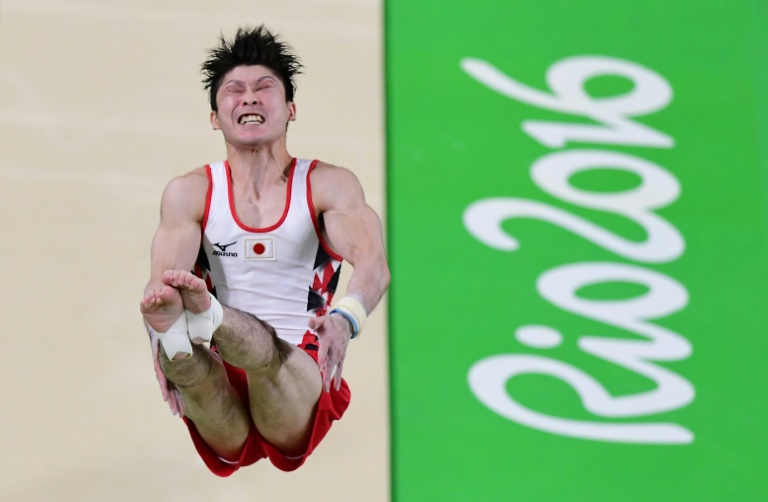 The 32-year-old, dubbed “King Kohei” and considered by many the greatest gymnast of all time, has said he will not defend the all-around titles he won in London in 2012 and again in Rio four years later, due to persistent shoulder pain.

Instead he will focus on the horizontal bar, and in Tokyo he will be aiming to add to his career haul of three gold and four silver Olympic medals.

Uchimura’s preparations were interrupted when a positive coronavirus test threatened to rule him out of an exhibition event in November, only to be given the all-clear after testing negative just days later.

He went on to win the horizontal bar title at the Japanese nationals the following month, describing it as an “important” step in his Olympic preparations.

Caeleb Dressel is poised to be one of the faces of the Tokyo Games as he targets a possible seven gold medals in the pool.

The 24-year-old American swimming star will start as the gold medal favourite in the 100m freestyle, 100m butterfly and 50m freestyle, and is expected to feature in four US relay teams. 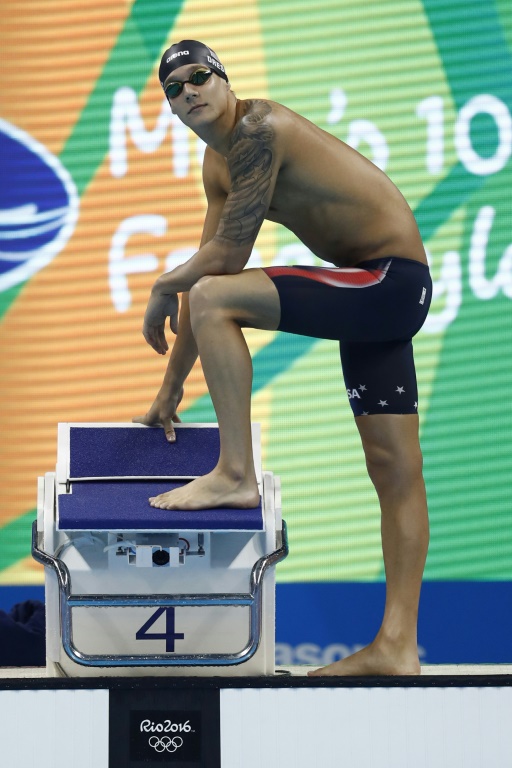 Caeleb Dressel could be one of the stars of Tokyo 2020

Dressel flew under the radar at the Rio Games, with two Olympic relay golds, but exploded into view at the 2017 world championships in Budapest with seven gold medals followed by six more golds at the 2019 worlds in Gwangju, where he also broke Michael Phelps' 10-year-old world record in the 100m butterfly.

The 6ft 3in (1.91m) Floridian lives close to strength and conditioning coach Matt DeLancey so was able to train regularly during the pandemic although pool sessions were scaled back.

"I think I'm in a great spot," he said. "I'm in the exact same spot I was in this time last year before Covid hit."

Ruth Chepngetich powered through brutal heat and humidity to win gold in the women's marathon at the 2019 world championships in Doha. When asked in the Qatari capital about the Tokyo Olympics, she replied simply that "I will try my best". 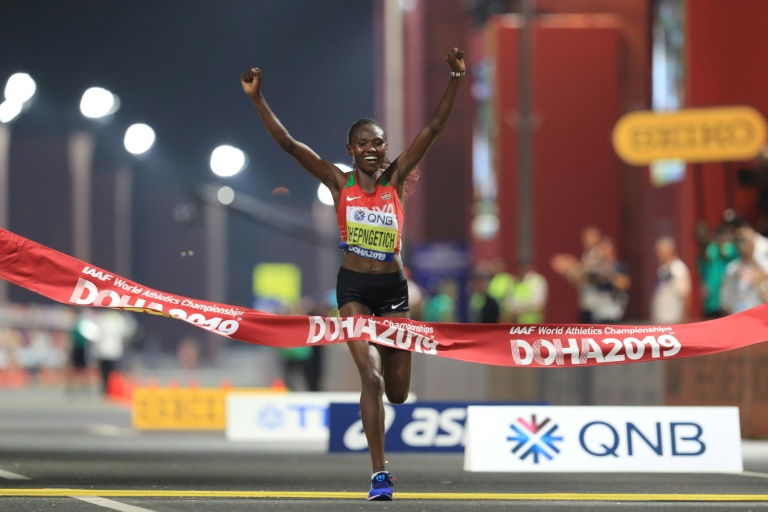 Can Kenya's Ruth Chepngetich add the Olympic marathon title to the world crown she won in Qatar in 2019?

The 26-year-old Kenyan will certainly head to Japan among the firm favourites for Olympic gold, with Covid-19 restrictions seemingly having little impact on her performances.

Earlier this month, she backed up her winning Doha form by taking 29 seconds off the world record in winning the Istanbul Half Marathon, clocking a stunning 1hr 04min 02sec.

"I am really happy with this amazing result," said Chepngetich. "The world record is something I have been dreaming about for some time."

Chepngetich will likely be part of a strong Kenyan women's middle and long-distance running team, with teammate and world record holder Brigid Kosgei key to shaping the marathon podium.

Olympic champion and 100m breaststroke world record holder Adam Peaty had a training pool installed in his back garden after facilities were closed during Britain's first coronavirus lockdown last year.

The 26-year-old is one of four British swimmers already selected for Tokyo, based on his performances at the 2019 world championships, with the full team yet to be announced. 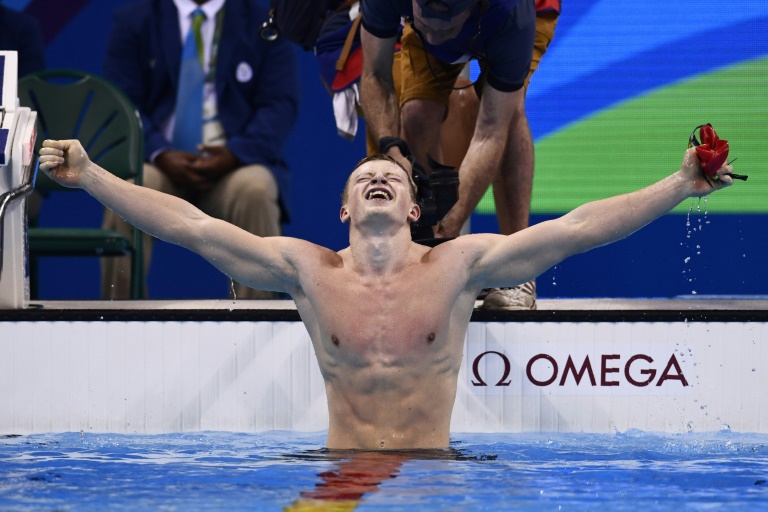 "It’s very exciting," Peaty told the BBC. "I think I’m in a very good position. For me, it’s just about building confidence now. We can't have any competitions and that’s going to be the main struggle.

Peaty won gold in the 100m breaststroke in Rio and silver in the 4x100m medley relay. He is an eight-time world champion.