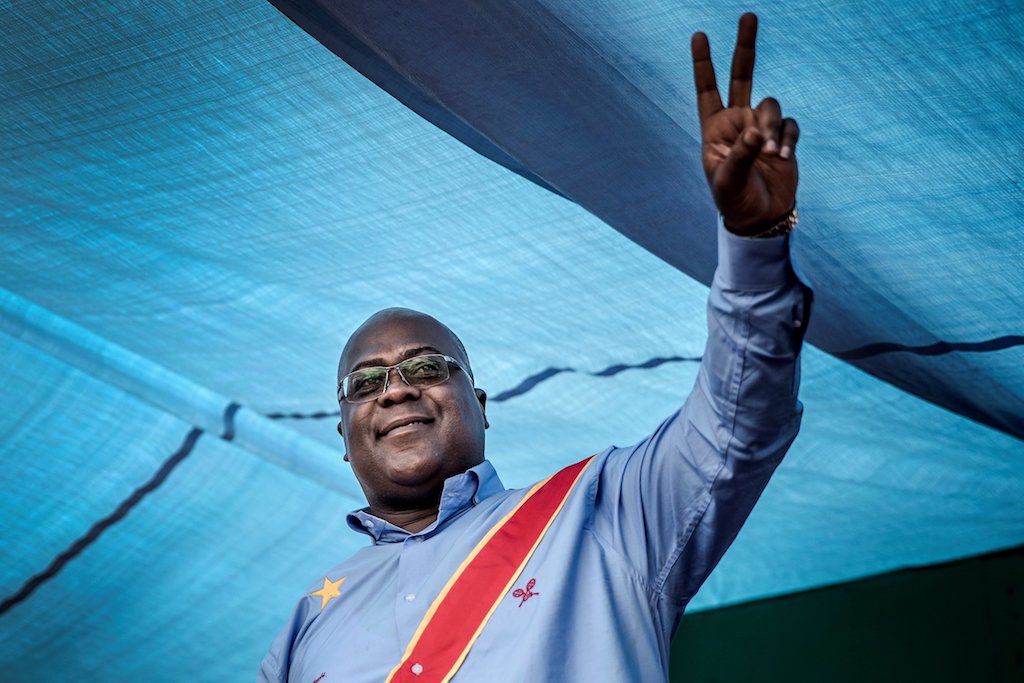 Felix Tshisekedi was named by election officials as the provisional winner of the historic presidential poll.

KINSHASA - The Democratic Republic of Congo is set to see its first handover of power in 18 years after opposition candidate Felix Tshisekedi was named by election officials as the provisional winner of the historic presidential poll.

The election's supervisors had faced mounting pressure at home and abroad to publish the results after repeated delays stoked fears for the giant country's stability.

"Having gained... 38.57 percent of the vote, Felix Tshisekedi is provisionally declared the elected president of the Democratic Republic of Congo," said Corneille Nangaa, the head of the Independent National Election Commission (CENI).

Shouts of joy erupted at the commission's offices as the results were announced early Thursday morning, AFP journalists reported.

The DRC -- a vast and poor country burdened by a history of bloodshed -- has been in the grip of a two-year crisis over the succession of President Joseph Kabila, who said last year he would finally step down after nearly two decades as leader.

The mineral-rich country has never had a peaceful transition of power since it gained independence from Belgium in 1960.

According to the initial timetable set out by the CENI, the definitive results are due on January 15 with the swearing-in of the new president three days later.

As the lengthy results were read out on nationwide TV, police were deployed at strategic spots in the capital Kinshasa where, for the second evening running, many residents went home and locked their doors early.

Kabila and Tshisekedi "have an interest in meeting to prepare a peaceful and civilised transfer of power", said UDPS Secretary General Jean-Marc Kabund.