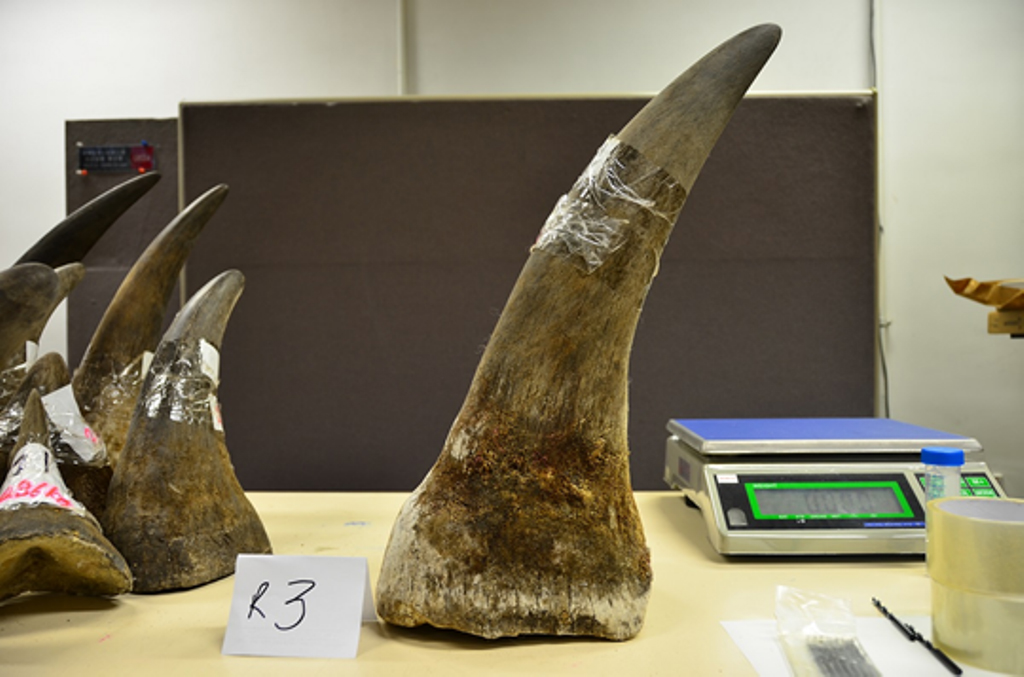 File: Customs officials "discovered 41 pieces of rhino horn valued at R115.66-million in a consignment declared as 'fine art'", the customs authority said in a statement.

JOHANNESBURG - Customs officials said they had seized dozens of rhino horn pieces disguised as art and valued at about R115-million at the OR Tambo International Airport.

Customs officials "discovered 41 pieces of rhino horn valued at R115.66-million in a consignment declared as 'fine art'", the customs authority said in a statement.

The cargo which was destined for Kuala Lumpur via Doha was detected during a routine inspection of warehouses at the country's largest airport.

Home to about 80 percent of the world's rhino population, South Africa has become the epicentre of poaching in recent years but has seen a steady decline in numbers of rhino killed since 2014.

Demand for rhino horn is primarily fuelled by consumers in Asia where it is coveted as traditional medicine, an aphrodisiac or as a status symbol, and can fetch up to $60,000 per kilogramme.

The horn is nonetheless composed mainly of keratin, the same substance as in human nails..