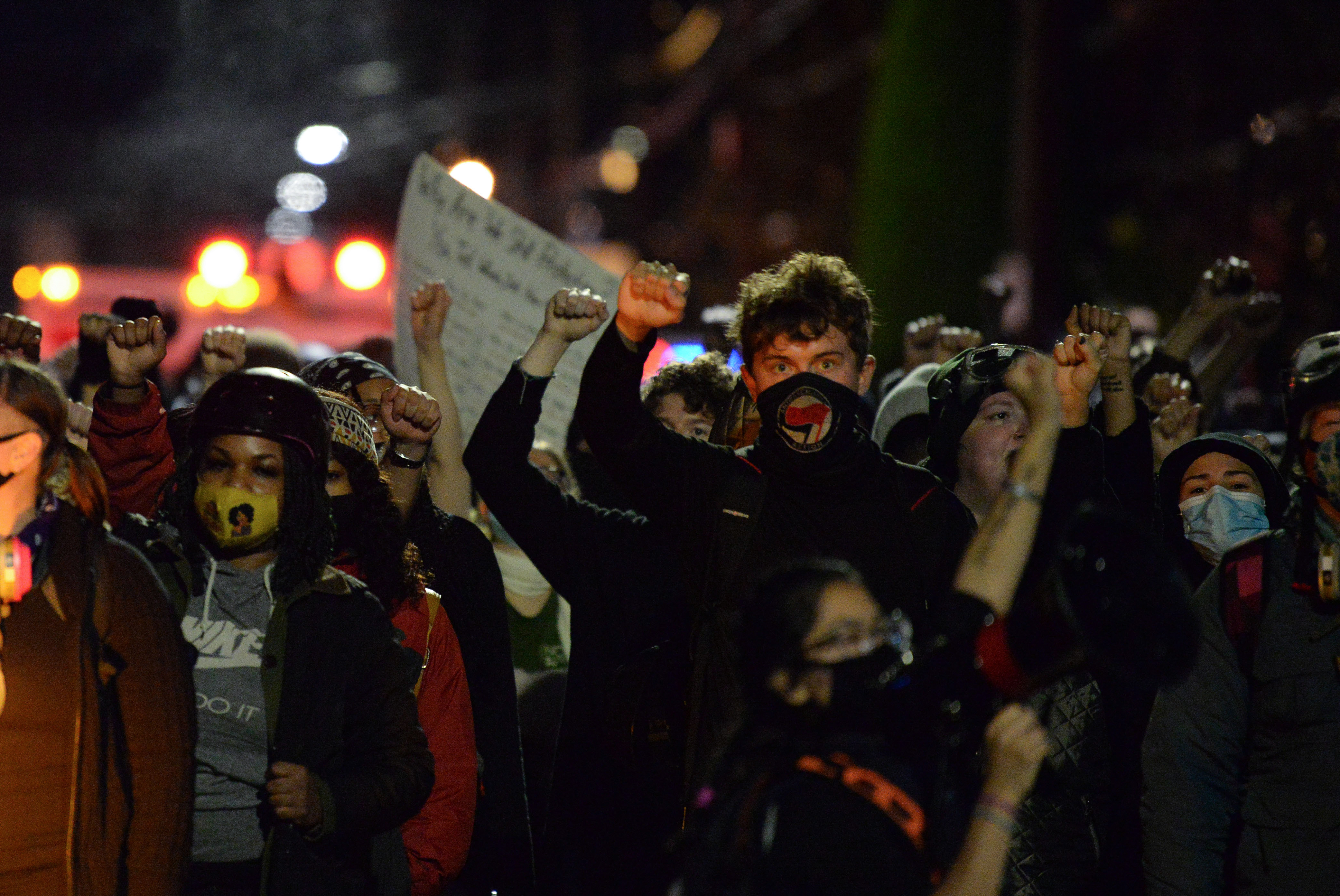 PORTLAND, USA - Hundreds of state police and left-wing protesters were locked in a tense standoff in downtown Portland late Wednesday after rampaging anti-Trump groups smashed shop windows a day after the election, prompting the state governor to activate the National Guard.

The Multnomah County Sheriff's office declared a riot and made at least nine arrests, citing "widespread violence" in the city's downtown area and repeatedly warning it could deploy munitions and tear gas.

Armed police advanced on demonstrators in unison but there were no clashes, according to an AFP reporter at the scene.

The protesters had earlier attended a peaceful rally in a downtown park hosted by a coalition of far-left, anti-capitalist groups featuring lectures and music.

"The mass gathering in downtown Portland is still declared a riot. Leave the area now," the sheriff's office posted on Twitter just before 8:30 pm. It earlier said officers were being targeted with projectiles, such as glass bottles.

"In the interest of public safety, Governor Kate Brown, under advice of the Unified Command, has activated the use of the Oregon National Guard to assist local law enforcement," it said.

Portland has been the scene of months of clashes between police and protesters, angered at the repeated killings of Black Americans by law enforcement officers across the country.

Protesters who had gathered by Portland's river vowed to "protect the results" of Tuesday's close-run election and held banners proclaiming "Count Every Vote" and "The Vote is Over. The Fight Goes On."

"We want Trump out of office, that's the main focus," one protest leader told the crowd, to loud cheers.

But several of the demonstrators were openly carrying firearms, including rifles, and one anti-racism and anti-imperialism banner showed an image of an assault rifle, with the slogan "We Don't Want Biden. We Want Revenge."