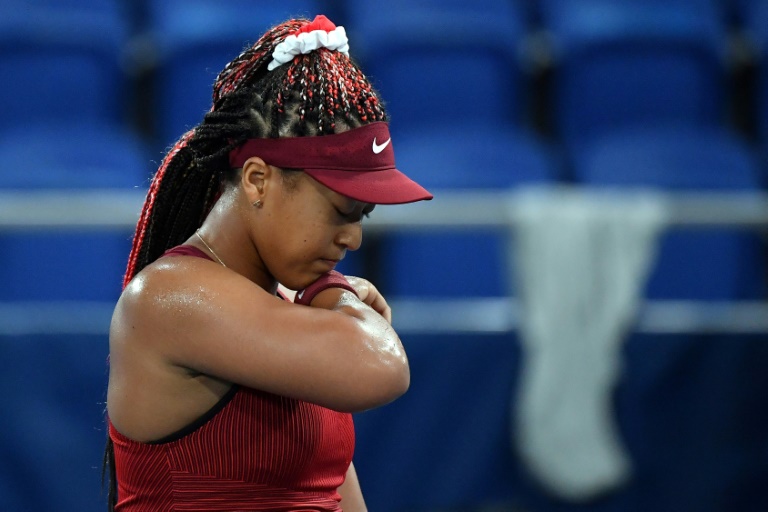 TOKYO - Japanese tennis star Naomi Osaka conceded the pressure of trying to win an Olympic gold at home was a "bit much" after a 6-1, 6-4 defeat to Marketa Vondrousova ended her title dreams on Tuesday.

Osaka, who lit the Olympic cauldron and was one of the faces of the Games, struggled in an error-strewn display that blew the draw wide open after the earlier exits of world number one Ashleigh Barty and third seed Aryna Sabalenka.

"How disappointed am I? I mean, I'm disappointed in every loss, but I feel like this one sucks more than the others," said the four-time Grand Slam winner.

Asked what went wrong, she replied: "Everything -- if you watch the match then you would probably see. I feel like there's a lot of things that I counted on that I couldn't rely on today."

The third-round defeat follows a turbulent few months for Osaka, who abandoned her French Open campaign in May after refusing to attend press conferences, citing the need to preserve her mental health.

Osaka also skipped Wimbledon, saying she had been battling depression and anxiety, before returning in Tokyo for her first Olympics, including her starring role at the opening ceremony. 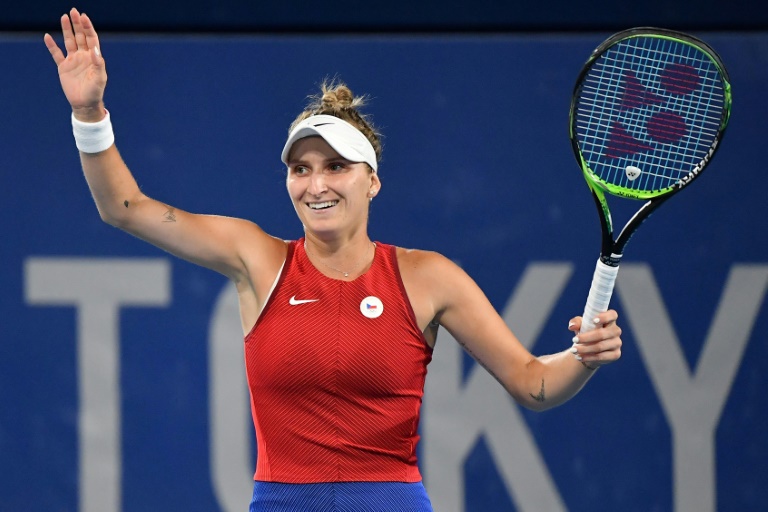 But ultimately the sky-high expectations placed on the world's highest-paid female athlete proved tough to handle.

"I definitely feel like there was a lot of pressure for this. I think it's maybe because I haven't played in the Olympics before and for the first year (it) was a bit much," said Osaka.

After looking assured in the first two rounds after her eight-week hiatus, Osaka made a dreadful start under the centre court roof at a rain-hit Ariake Tennis Park and never recovered.

She dropped serve five times against the 42nd-ranked Vondrousova, who will face Spain's Paula Badosa in the quarter-finals.

"I've taken long breaks before and I've managed to do well," Osaka said. "I'm not saying that I did bad right now, but I do know that my expectations were a lot higher.

"I feel like my attitude wasn't that great because I don't really know how to cope with that pressure so that's the best that I could have done in this situation."

Vondrousova, the 2019 French Open runner-up, called it "one of the biggest wins of my career". 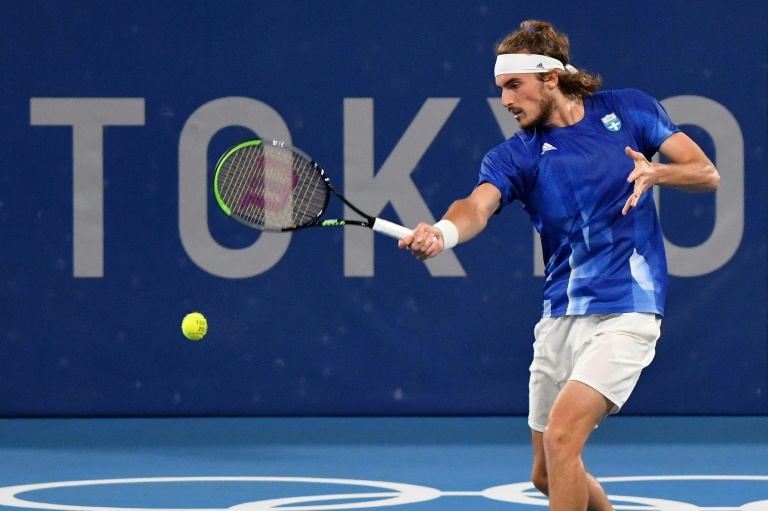 There were also third-round wins for Switzerland's Belinda Bencic and Garbine Muguruza while Anastasia Pavlyuchenkova ended the run of Spain's Sara Sorribes Tormo, who dumped Barty out in round one.

Former world number four Nishikori could be a quarter-final opponent for Novak Djokovic, who resumes his quest for gold against Spain's Alejandro Davidovich Fokina on Wednesday.