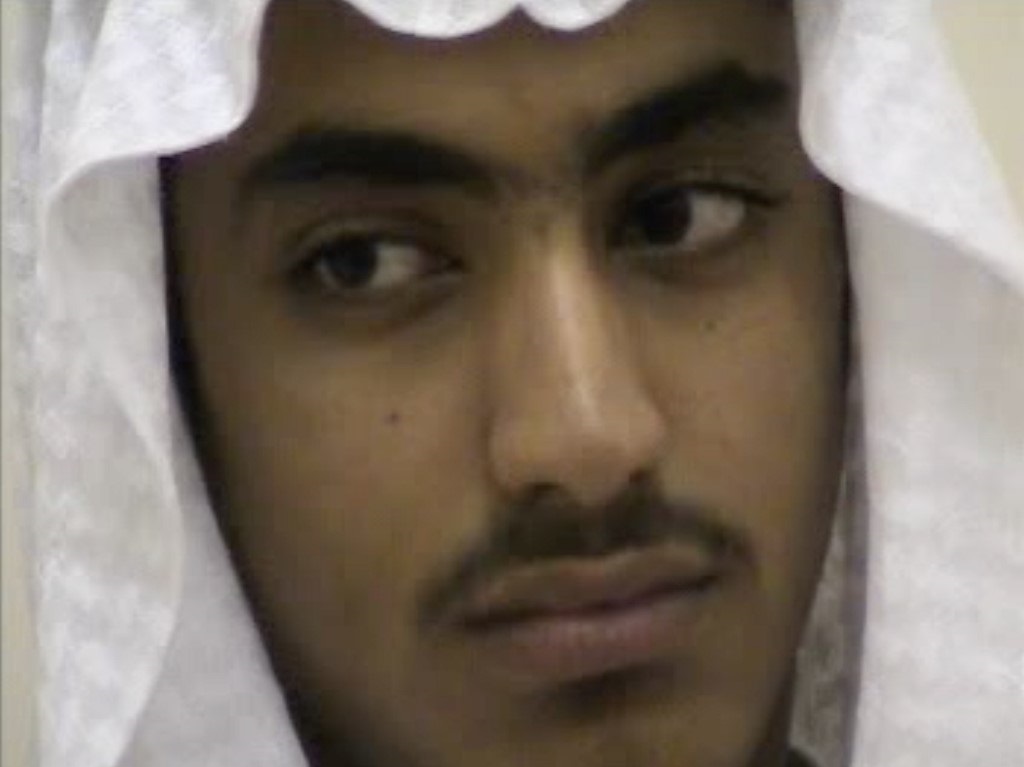 An undated file video grab released by the Central Intelligence Agency (CIA) on November 1, 2017 and taken by researchers from the Federation for Defense of Democracies' Long War Journal, shows an image of Hamza bin Laden, son of late Al-Qaeda leader Osama Bin Laden.

NBC News said three US officials had confirmed they had information of Hamza bin Laden's death but gave no details of the place or date.

The New York Times subsequently cited two US officials saying they had confirmation that he was killed during the last two years in an operation that involved the United States.

Questioned by reporters in the Oval Office, President Donald Trump did not confirm or deny the NBC report.

Both reports suggested that bin Laden may have been killed well before the US State Department announced a $1-million bounty on his head in February 2019.

The 15th of Osama bin Laden's 20 children and a son of his third wife, Hamza, thought to be about 30 years old, was "emerging as a leader in the Al-Qaeda franchise," the State Department said in announcing the reward.

Sometimes dubbed the "crown prince of jihad, he had put out audio and video messages calling for attacks on the United States and other countries, especially to avenge his father's killing by US forces in Pakistan in May 2011, the department said.

Documents seized in the raid on his father's house in Abbottabad suggested Hamza was being groomed as heir to the Al-Qaeda leadership.