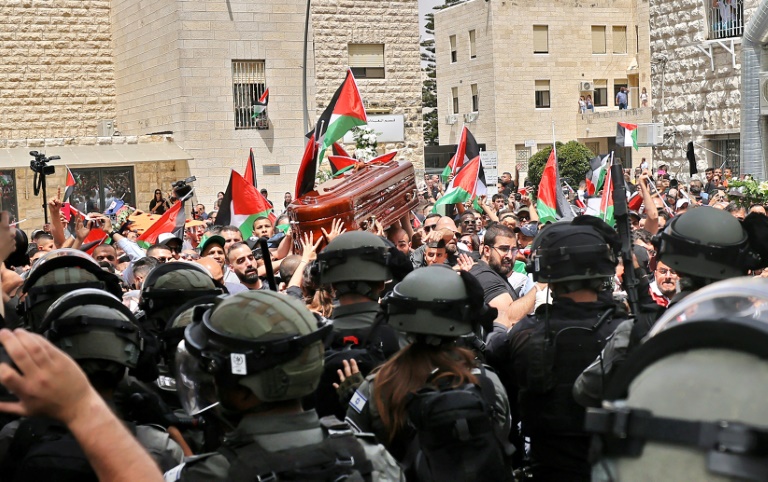 DOHA - The US and EU led an international outcry Saturday after Israeli police charged the funeral procession in Jerusalem of Palestinian journalist Shireen Abu Akleh and beat pallbearers who almost dropped her coffin.

Thousands of people packed Jerusalem's Old City on Friday for the burial of the veteran Al Jazeera journalist, two days after she was killed in an Israeli army raid in the occupied West Bank.

Television footage showed the pallbearers struggling to stop Abu Akleh's casket from falling to the ground as baton-wielding police officers charged towards them, grabbing Palestinian flags from mourners.

The Jerusalem Red Crescent said 33 people were injured, of whom six were hospitalised. Israeli authorities said six arrests were made after mourners had thrown "rocks and glass bottles".

Israel and the Palestinians traded blame for the death of Abu Akleh on Wednesday who was shot in the head during the Israeli army raid on the Jenin refugee camp.

The Israeli army said an interim investigation could not determine who fired the fatal bullet, noting stray Palestinian gunfire or Israeli sniper fire aimed at militants were both possible causes.

But the Palestinian prosecutor's office in the West Bank city of Ramallah said later the initial results of an investigation showed "the only origin of the shooting was the Israeli occupation forces". 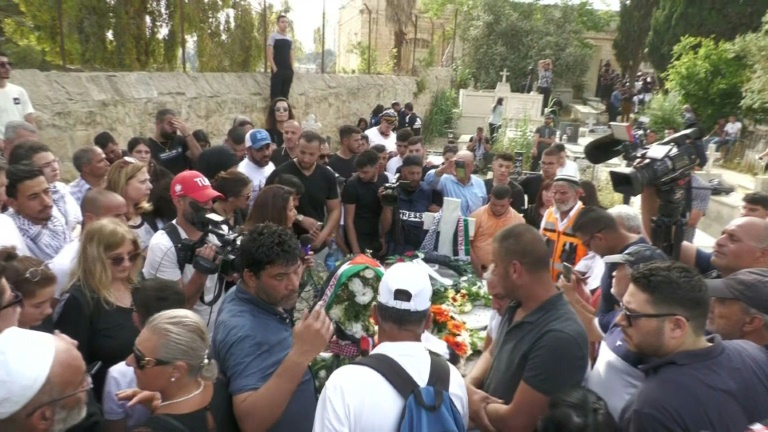 She 'was the sister of all Palestinians', Shireen Abu Akleh's brother said of the slain journalist

Al Jazeera has said Israel killed her "deliberately" and "in cold blood".

In a rare, unanimous statement, the UN Security Council condemned the killing and called for "an immediate, thorough, transparent, and impartial investigation," according to diplomats.

Abu Akleh, a Christian and a Palestinian-American, was a star reporter and her funeral drew massive crowds.

Police said about "300 rioters" had arrived at the hospital for the procession and "prevented the family members from loading the coffin onto the hearse to travel to the cemetery — as had been planned and coordinated with the family in advance".

The police then intervened "to disperse the mob and prevent them from taking the coffin, so that the funeral could proceed as planned." Glass bottles and other objects were thrown at the police, it added in a statement. 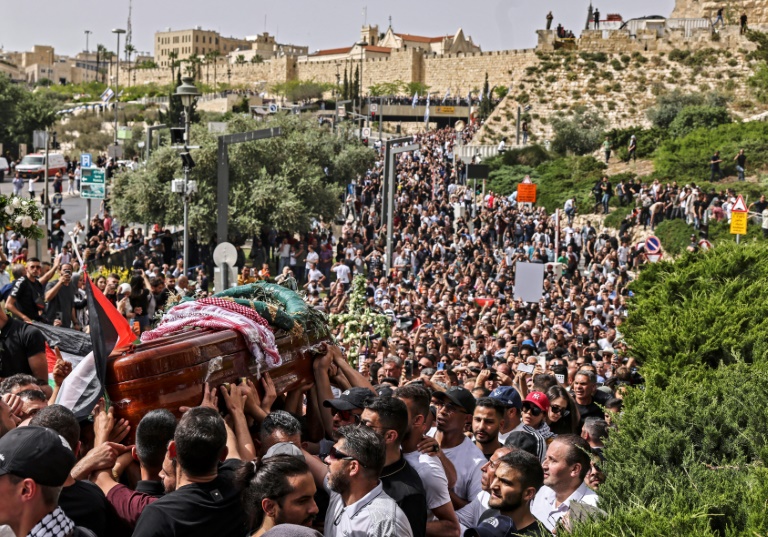 The United States was "deeply troubled to see the images of Israeli police intruding into her funeral procession today," Secretary of State Antony Blinken said.

"Every family deserves to be able to lay their loved ones to rest in a dignified and unimpeded manner."

The EU said it was "appalled by the violence in the St Joseph Hospital compound and the level of unnecessary force exercised by Israeli police throughout the funeral procession.".

UN Secretary-General Antonio Guterres was also "deeply disturbed" by the violence, according to a spokesman.

Thousands of Palestinian mourners attempted to follow the coffin towards the cemetery just outside the walled Old City.

Police briefly attempted to prevent them but ultimately relented, allowing thousands to stream towards the graveside, and did not intervene as Palestinian flags were waved, AFP reporters said.

'Sister of all Palestinians'

In a sign of Abu Akleh's prominence, she was given what was described as a full state memorial service on Thursday at Palestinian president Mahmud Abbas's compound in Ramallah before her body was transferred to Jerusalem.

The United States, European Union and United Nations have backed calls for a full investigation into Abu Akleh's killing.

Israel has publicly called for a joint probe, which the Palestinian Authority has rejected.

Grief over Abu Akleh's killing spilt beyond the Palestinian territories, with protests erupting in Turkey, Sudan and elsewhere.

She "was the sister of all Palestinians," her brother Antoun Abu Akleh told AFP.

Fresh violence erupted Friday in the West Bank, including a raid and clashes around Jenin refugee camp in which an Israeli commando was killed.

The Islamic Jihad group said its fighters were responsible.

The Israeli officer killed was identified as Noam Raz, a 47-year-old father of six. Police said he was wounded "during a shootout with armed terrorists," and later died. 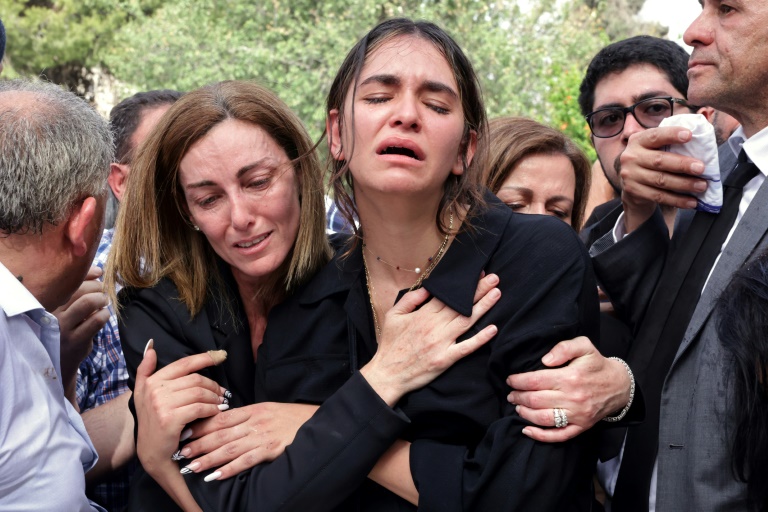 The Palestinian health ministry said 13 Palestinians were wounded in the clashes, one of them seriously.

An AFP photographer said Israeli forces had surrounded the home of a suspect, besieging two men inside and firing anti-tank grenades at the house in an effort to flush them out.

Tensions were already running high after a wave of anti-Israeli attacks that have killed at least 18 people since March 22, including an Arab-Israeli police officer and two Ukrainians.

A total of 31 Palestinians and three Israeli Arabs have died during the same period, according to an AFP tally, among them perpetrators of attacks and those killed by Israeli security forces in West Bank operations.