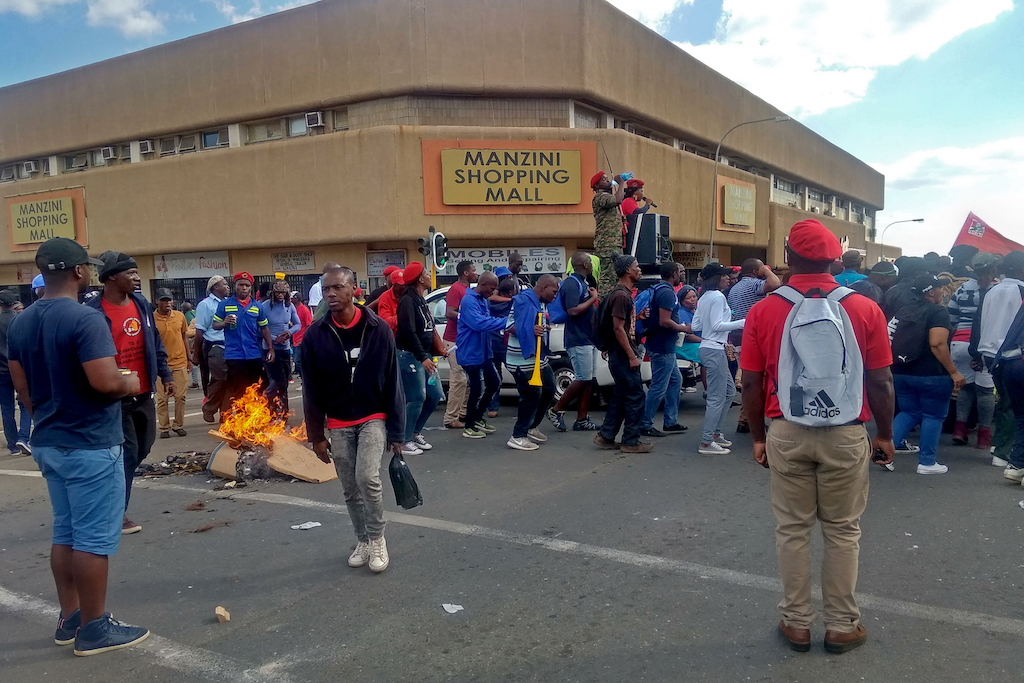 File: Civil servants rallied in eSwatini against the rule of King Mswati III, who they accuse of draining public coffers at the expense of his subjects.

MBABANE - Civil servants in eSwatini took to the streets again on Thursday demanding better pay after the delivery of luxury cars to the royal family caused fresh uproar in the tiny African kingdom.

Formerly known as Swaziland, Africa's last absolute monarchy was rocked by a series of strikes late last month by teachers and workers over the cost of living.

Around 700 civil servants rallied in the capital Mbabane on Thursday against the rule of King Mswati III, who they accuse of draining public coffers at the expense of his subjects.

An official source confirmed to AFP that luxury cars had been delivered to the royal family, but said the vehicles had not been purchased with public funds.

The source said the cars were bought with money raised by the sale of royal property, including other vehicles.

The Trade Union Congress of Swaziland (TUCOSWA) expressed its "utmost shock and disappointment".

"The purchase happened at a time when the country is reported to be in dire financial constraints," TUCOSWA said in a statement.

"Rolls-Royce cars are a luxury... we need basic commodities," the union said, adding that the government had refused to raise the salaries of public workers for three years claiming it was not affordable.

Protests are rare in eSwatini, where opposition parties and anti-government movements are effectively banned, but public anger has been rising in recent months.