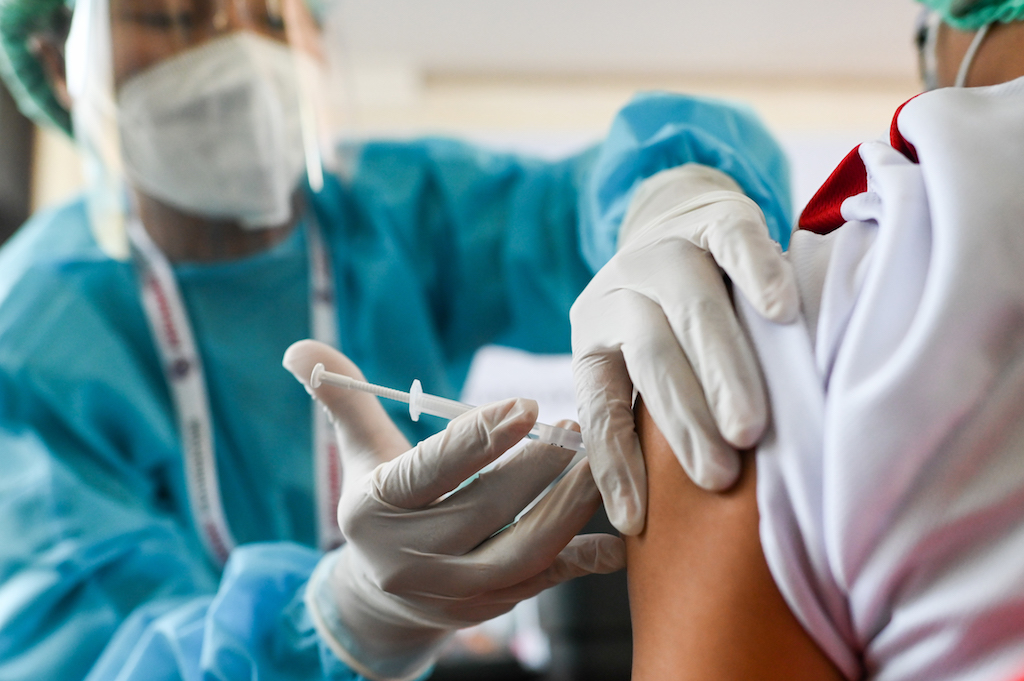 WASHINGTON - More than 100 million COVID-19 cases have now been recorded worldwide, according to an AFP tally.

The number of cases -- compiled from data provided by national health agencies -- represents just a fraction of the real infections as the coronavirus has spread around the globe.

The United States, which passed 25 million confirmed cases last weekend, remains the country with the largest outbreak -- and the largest death toll of over 420,000.

In another day of grim milestones, Britain surged past 100,000 COVID-19 deaths and other European nations looked to tighten their borders, hoping to keep out new, more transmissible virus strains.

With the global death toll at 2.1 million, the world has looked to vaccines to break the gloom, but bickering over access to doses has intensified.

Europe's vaccination campaign stumbled after British-Swedish drugs company AstraZeneca warned it would not be able to meet promised targets on EU shipments -- a week after US group Pfizer said it was also delaying delivery volumes.

AstraZeneca's CEO insisted on Tuesday that the company was not selling vaccines ordered by the EU to other countries at a profit.

The widening gap for vaccine supplies between rich and poor countries led both President Cyril Ramaphosa and World Health Organization chief Tedros Adhanom Ghebreyesus to lash out at "vaccine nationalism".

Ramaphosa told the WEF that low- and middle-income countries were being shouldered aside by wealthier nations able to acquire "up to four times what their population needs."

The row over access to vaccines at the WEF -- normally held at the Swiss ski resort of Davos -- comes as the pandemic compounds economic inequality.